The Shelf Inflicted staff is made up of a group of friends who met on Goodreads and forged an unholy alliance. Shelf Inflicted is our doomsday machine with which we intend to take over the world (of book reviewing)!. Also, we wouldn't mind rolling around naked in piles of cash generated by the blog at some point but none of us are really sure how to accomplish that. 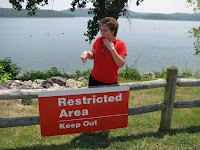 Amanda: A rebel at heart, she has infiltrated the public school system and is twisting young minds, forcing them to read classic authors while she indulges in dystopian sci fi and fantasy. She likes her humor like she likes her coffee -- scalding, bitter and black. Don't cross her because she has been known to make bodies disappear using only a shovel and some quicklime. It's rumored that she sits upon a throne made from the bones of her vanquished enemies. If you should dare to seek her out, you will also find her writing for This Insignificant Cinder.

Anthony: Most likely is not actually Thor, but instead a lowly librarian in Alabama. Last seen outside a dive bar, looking for a stripper's missing sister and nursing a bruised kidney.

Brandon: Although Brandon has competed for National Beardsman Award for Canadian Beard of the Year every year since he was six, he has yet to win. He's considering allowing his pet T-rex to shave him, but in the meantime is experimenting with glitter in his beard to garner more attention. He can also be found toiling away at Every Read Thing.

Carol: really not a queen, a ginger, or into drama but she is bossy, eats ginger and likes reading with drama. When not preparing for the zombie apocalypse by stockpiling medical supplies, she's reviewing at book reviews forevermore. She once attended a Grateful Dead concert in San Francisco, so she might be a hippie. 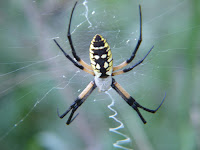 Dan: He's dangerous. He doesn't look like a spider, but he'll weave a web of deception so sophisticated, he might as well be. Photographer extraordinaire, you can find his work at Dantastic Photos When his eye is not behind the camera, his face is in a book and you can seek him out on Dangerous Dan's Book Blog. Dan, along with his partner in crime, Kemper, can often be found frequenting mystery writer conventions and strip joints. 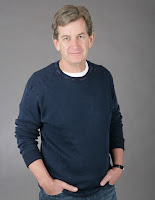 James is actually the only one who would provide a real photo. Unfortunately, this is how he looked before joining the U.S. Witness Protection Program. Currently in disguise as one of Stephanie's hippie friends, he is never seen without beard, ponytail and poncho. He's also fully committed to celebrating Cinco de Mayo all year long. 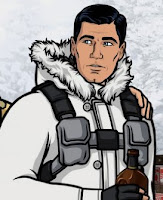 Kemper: Don't cross him. He's known as "Little Kim" among his acquaintances, and has more cats than Dr. Evil. The basement of Kemper’s Book Blog is filled with toilet paper and Scotch. That’s not because of zombies. He just likes to keep a lot of both on hand. He's also been known to imbibe copious amounts of distilled corn liquor, which has left him deranged. There is some speculation that Kemper came from a large and loving family of eleven brothers and sisters, but at an early age they were all brutally murdered by a band of hippies. Kemper then crawled out from the carnage, the only survivor, and swore that day to never feel a human emotion again besides rage...rage at hippies! 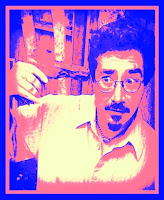 Mark Monday: the only good Monday is Mark. He has a fondness for eye-watering fashion -- and eyes.You may look for him at hypnos where he attempts to employ his mind control methods and mad methodology to book reviewing. He lives in San Francisco, so he's either a hippie or an ex-dot com millionaire.

Nancy: Even though she works as an assassin, Nancy is a romantic at heart. She can't be a hippie because she owns a gun. 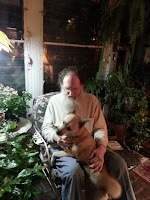 Richard: Richard will probably beat out Brandon for National Beardsman Award for the Canadian Beard of the Year, even though he lives on Long Island. He is an Expendable Mudge who has been known to Muse Aloud. He's kept his mind solely so that he can speak it.

Sesana: an international jewel thief, she manages to make time between heists to read, and usually has a comic padding the bottom of her jewel bag. Do not try to separate her from her merino. She has a hockey stick, and she's not afraid to use it. 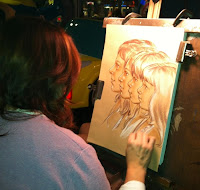 Stephanie: Despite extensive proof that she is not a hippie, rumors abound. She's actually a carnie and sells patchouli on the side. 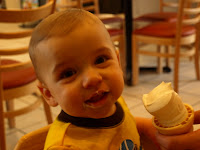 Terry has been reading books since 12 weeks after conception. Since he hasn't yet developed enough hand-eye coordination to type his own reviews, he dictates them to a henchman.

Trudi: works as a librarian. This would be more meaningful if she didn't work in Canada, where everyone is already literate and has health care. On weekends she likes to listen to mullet rock and pretend her 1999 Saturn is a 1967 Chevy Impala. When not canning food in preparation for the coming zombie apocalypse, Trudi writes the Busty Book Bimbo blog.