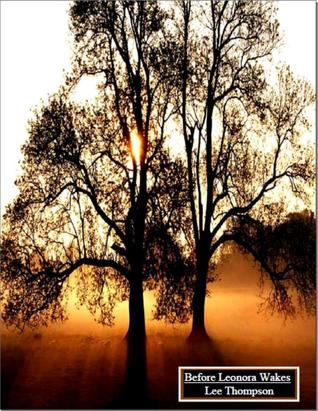 Lee Thompson
Bloodberry Market
Reviewed by: Nancy
5 out of 5 stars


In the first Division Mythos novel Red Piccirilli is a runt, a dreamer, a naive boy with an imaginary friend and little else. But right before summer vacation starts he finds an albino girl trapped in a shed behind a local house. After Red frees her, the world he knew quickly unravels into something more mysterious—an unsteady reality where a man with silver teeth and buzz saw voice points him toward the true meaning of sacrifice.


Lee Thompson has written an online serial novel, The Collected Songs of Sonnelion, which was available at DarkFuse.

I started reading and it looked really good, but I wanted to get to know Red Piccirilli as a little boy first and then see him grow up.  So I started with the first novella in the Division Mythos which takes place during the 1960’s in a small town in Michigan.

Red is 13 years old and looking forward to his summer vacation.  He has an imaginary friend named Pig who doesn’t disappear as such friends are supposed to; instead, he becomes a close friend who wants to prove to Red just how real he is.  Red is a kind and sensitive boy, but the bullies who torment him think he’s weird.

Their adventures begin when they encounter a scary looking guy who lives on the wrong side of the tracks and a girl who needs rescuing in a big way.   When Pig starts to act differently because of Leonora, and Red’s friend Amy goes missing, Red has some serious choices to make.

This is a horror story, but it is also a coming-of-age tale.   I love the relationship Red has with his sister, Maggie, and his parents.  Unlike other stories where parents are undeveloped, flat, unrealistic or unlikable, Red’s parents are very real and sympathetic characters.

Red’s conversation with his dad after he caught him smoking a joint in the garage was very touching.   There was an undercurrent of sadness, hurt, a sharing of secrets and quiet understanding.


“Just because someone believes something doesn’t make it true, and all of our opinions are colored by things that have hurt us.  She’s not always right, about what she says or believes.  Neither am I.  Sometimes we think we have all the answers, but we don’t.  We’re lucky if we even have partial answers.”


Poor Red...if only life was so simple and people didn’t change and good friends were forever.

The sweet ending warmed my heart and brought a little tear to my eye.  I know this is only the beginning and Red’s story is far from over.  I just hope that his inner strength and determination is enough to keep battling the dark forces that surround him.

I thoroughly enjoyed this story and look forward to the rest of the series.

Also posted at Goodreads.
Posted by Nancy at 9:17 PM No comments: