Source*Forged Armor by Paul J. Bartusiak
My rating: 4 of 5 stars

”For the secret of man’s being is not only to live but to have something to live for.” From The Grand Inquisitor part of The Brothers Karamazov by Fyodor Dostoevsky.

John Angstrom has devoted his life to serving his country. He does the dirty work that the rest of us don’t want to know about. His last assignment went sideways leaving him shattered, and bounced out of his elite unit. He lands a desk job with DARPA, an acronym for Defence Advanced Research Projects Agency, a branch of the Pentagon. His job is to sort through contracts for building the new MAV (Marine Amphibious Vehicle). Most of the contracts are from major defense contractors (friends of DICK Cheney), but the Pentagon is also receiving ideas and concepts from anyone who wants to submit a proposal. The result is a mound of mostly worthless folders, that regardless, have to be sorted, and read through enough to know they can be safely rejected.

The MAV in this story would replace vehicles similar to this one.

Angstrom isn’t sure, but he thinks he knows what is going on.

”One of those (technology) briefings dealt with what was, at the time considered to be an area of research that was receiving a lot of attention: a method of covert data transmission referred to as ‘Steganography.’ It was a way of secretly embedding an information payload into another file, or carrier, such as in a JPEG image. In essence, a JPEG image could serve as an ‘envelope’ and cary secret, covert information embedded within it, undetectable by the naked eye. A special computer program was needed to process the resulting modified carrier and extract the covert data, or essentially, to open the envelope.”

Angstrom is able to read enough to know that this is a serious application and he is given instructions on how to retrieve more of the data in a few days.

Meanwhile his ex-wife, recently jilted by a young lover, asks him over for some, reassuring to her self-esteem, no strings attached sex. He feels a little used, but ultimately great sex is...well...pretty great.

At the next meeting of the people who will ultimately decide which proposal will be awarded a contract Angstrom floats a few of the ideas from the Porn delivered file with mixed results. Some find the technology intriguing, but there is one forceful presence in the room that for some reason feels threatened by this new technology. Susan Rand is of the long legged, sexy, universally attractive segment of the population. She is used to working with “boys” and knows what “boys” want. It isn’t her job to be right. It is her job to be convincing. She decides that Angstrom needs some very special convincing. Being an operative, used to manipulating and being manipulated, Angstrom purely from a “research” standpoint wants to find out just how far she is willing to go. It turns out there is no “too far” in Susan Rand’s vocabulary.

On the other side of the world Professor Romanov Czolski, with ample reason to distrust and even despise his government, is setting a trap for someone he should be able to trust. He is the originator of the steganography that Angstrom is wrestling with back in Washington D.C. His goal is to deliver a package to the West and his calling card is the technology that will design the most advanced MAV the world has ever seen.

Things get dicey as enemies on both sides of the globe are closing in on Czolski and Angstrom. A second too late can be detrimental to everything they are trying to accomplish.

The book starts a little slow. Thrillers in recent years have started moving a very pivotal, action scene to the beginning of the book to hook the reader immediately. I like the fact that Paul decided to go a little old school with this book. He has read the classic spy novels. He gets extra points for having one of his characters reading The Miernik Dossier by Charles McCarry. Despite the slow start, soon, you are caught in the flow of the plot, and must find out how Paul Bartusiak is going to resolve the growing impossibility of the East making it to the West.

Paul J. Bartusiak was born and grew up on the South Side of Chicago. He obtained his BSEE from Tennessee Technological University, his MSEE from the University of Texas at Arlington and his Juris Doctor from Chicago-Kent College of Law. He knows the technology.

Be sure and read the 3rd edition with the cover shown on this review. The early editions were not as well edited and if you look through the reviews it was irritating to first readers. It is a tribute to Bartusiak that he spent the money to improve his book.

To those that are intending to publish their own books, please pay the money to have your books professionally edited. There is nothing more frustrating to reviewers than to be distracted by awkward sentences, grammar issues, typos, and wrong dialogue attributed to the wrong character. It can cost you reviewing stars that are lost forever. My good friendCathy Dupont has helped many writers get their books ship shape for publication. If you don’t know anyone already that can help you, please contact her. Her rates are reasonable, and believe me you will be happier with the results when GR reviewers start reading your book.

Posted by JEFFREYKEETEN at 5:49 PM No comments:


10. THE WAYWARD BUS by John Steinbeck


I didn’t like this book. I didn’t like its deterministic perspective on humanity or its pessimistic outlook on the way people interact and love and hate and live. It doesn’t matter that I didn’t like it. The Wayward Bus is gorgeous. It details heartbreak in miniature, lives that cross each other briefly, sadness and pettiness and barely understood anger…  the striving to be more, understand more, live more, no matter the hopelessness of that striving. I didn’t like this book, but you don’t need to like a thing to love that thing.


9.  MARTYRS AND MONSTERS by Robert Dunbar
My favorite book of horror read in 2013 was this masterful collection of short stories. Martyrs, monsters, and the danger and potential toxicity of self-enclosure. Dunbar is a thoughtful author who specializes in menacing ambiguity, but in this book he also illustrates the flexibility and fluidity of his talents. By turns eerie, funny, scabrous, and inexplicable, each story is its own strange and vividly imagined world.


8. THE TOWERS OF TREBIZOND by Rose Macauley
Macauley’s 1956 novel takes its reader on an amusing and whimsical trip through Turkey. She’s like an aunt who is full of all sorts of stories but whose breathless storytelling style is its own reason for listening. Aunt Rose serves you some nice herbal tea and tells you this wry story; at the end of her tale, she picks up that teapot and smashes you across the head with it. Her story is not meant to be amusing. Wake up!


7. RED CLAW by Philip Palmer
Dense and action-packed, Red Claw is a rollicking saga and a demented, bloody massacre. This bizarre future society is ingeniously imagined; the alien anthropology on display is even more impressive. Palmer is an aggressive and brazen author who wants his rollercoaster to be as appalling as it is fun. Plus genuine bravery and an uplifting ending! Sorta. My favorite science fiction novel of 2013.


6. LONDON FIELDS by Martin Amis
Amis continues his lifelong thesis on the insect nature of mankind in this lavish and spiteful death-farce. Humans Off Earth Now!


5. THE AIRTIGHT GARAGE by Moebius
Moebius is surely one of the most likeable geniuses to ever write and draw a comic. His visions are as loveable as they are obscure. Worlds within worlds; super-powered humans who never bother to show those powers; characters who jump off the page and then disappear forever. Circular narratives! Mind-bending visuals! Demented plotlines! Nonsensical dialogue! This charming epic is candy for the brain.


4. THE PYX by John Buell
How is this 1974 crime novel not a classic? Each sentence, each paragraph is a work of art. Follow the haunting heroine as she walks inexorably down her tragic path. Sit back and try to figure out the mystery with the stalwart and humane detective as he sorts out this shadowy tragedy. Gape, agog, at a truly fearful ending.


3. MEMOIRS OF HADRIAN by Marguerite Yourcenar
"But books lie, even those that are most sincere…” but not this one. Yourcenar finds her way to the heart of a man, his own truth, by reimagining not just an ancient world, but all aspects of the man who lives in that world. By the end of this book, I felt as if I looked through Hadrian’s eyes and thought Hadrian’s thoughts. The man is the world is the book. O Death, sometimes you come not with a sting, but with an embrace.


2. QUEEN LUCIA by E.F. Benson
My favorite reread was Benson’s classic first novel in his Mapp & Lucia cycle. Rose Macauley is your eccentric spinster aunt with a heart of steel; E.F. Benson is your quirky queer uncle with a mouth full of ironic innuendo and ludicrous, hysterical tall tales. Except these tall tales don’t involve giants or beanstalks; instead they detail a fantastically petty and obsessive little English village full of smaller-than-life characters who do larger-than-life things. Pure pleasure from beginning to end.


1. THE GRAVEYARD BOOK by Neil Gaiman
Gaiman wrote something wondrous, something perfect. Again. 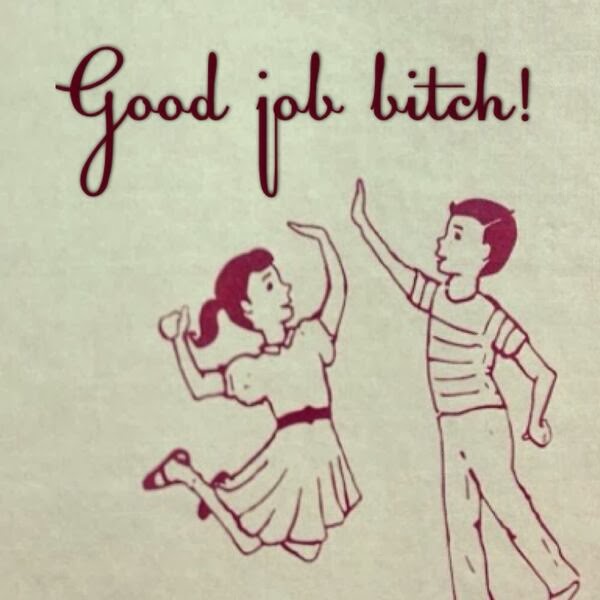