Moneyball: The Art of Winning an Unfair Game by Michael Lewis
My rating: 5 of 5 stars 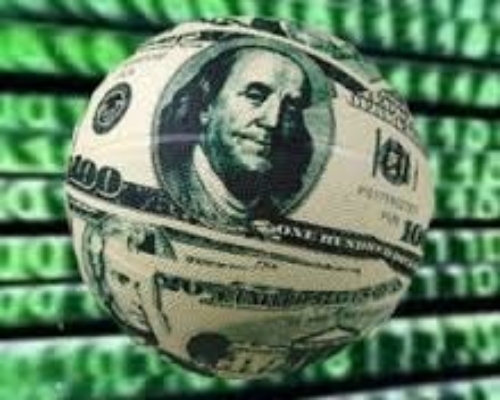 This book came out in 2003, and the movie version came out in 2011; yet, it is amazing to me that despite the success shown by the Oakland As under the guidance of Billy Beane, baseball, for the most part, is still focusing on the wrong things. Just recently the manager of the New York Mets, Terry Collins, who commands one of the best teams in the world, said in an interview after the World Series:

“I’m not sure how much an old-school guy can add to the game today,’’ Collins told USA Today. “It’s become a young man’s game, especially with all of the technology stuff you’ve got to be involved in. I’m not very good at it. I don’t enjoy it like other people do. I’m not going to sit there today and look at all of these (expletive) numbers and try to predict this guy is going to be a great player. OPS this. OPS that. GPS. LCSs. DSDs. You know who has good numbers? Good (expletive) players.” 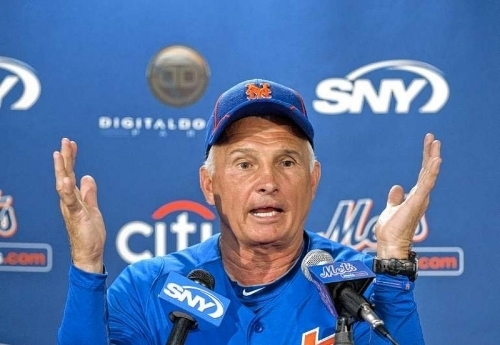 Terry Collins said: “Shit Happens” at a press conference. Billy Beane must have rolled his eyes.

The MLB network show Hot Stove was incensed that Collins would make such a statement in this day and age, especially since they could track several “gut” decisions he made during the World Series that probably cost them a chance to win it. The most glaring error was when he decided to pull the pitcher, Matt Harvey, in the 9th inning of game five only to change his mind and send him back out there after Harvey complained. Collins looked into the player’s eyes and saw what he wanted to see. It was the third time through the order. Harvey had pitched brilliantly, but statistically, that bad word that Collins doesn’t like. When you look at the Royals, they get to pitchers late. The Royals got to Harvey and knocked him out of the game, which left a mess for Jeurys Familia to come into the game to try and save. 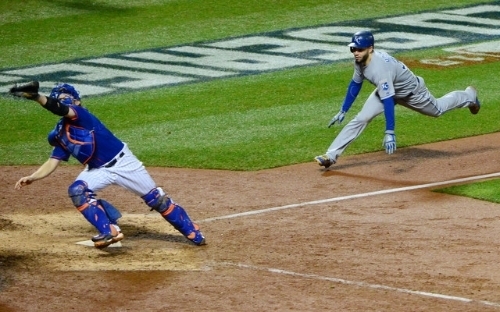 Eric Hosmer going off the Billy Beane script for success, but man, was it dramatic. I about had a heartattack.

The Royals deviate from Billy Beane ball at many junctures. One being the most dramatic play of the series when Eric Hosmer steals home. Beane does not believe in stealing bases, too risky, and if you steal a base on a Billy Beane team, you better make sure you are safe. The Royals also occasionally bunt to move a runner, which doesn’t fit the Beane philosophy. He believes in managing outs and never giving up an out to advance a runner. The Royals have speedy wheels and frequently turn bunts into base hits, which would probably keep them from finding themselves subjugated to a Billy Beane lecture. You can go off script, but just be right.

The Royals are a homegrown team. Most of the players have come from the farm club system, although they are a bit too athletic and good looking for a Billy Beane ball club. One of the things that Beane talks about is getting away from players who could sell jeans. He should know; he was one of those players that looked like a Greek God in a uniform. He was drafted in 1980 along with another phenom that even those people who don’t follow baseball probably recognize his name...Darryl Strawberry. Beane was an interesting enough prospect that, for a while, the Mets were even considering taking him in the draft first instead of Strawberry. Both were amazing specimens of what we want athletes to look like. The Mets ended up taking Beane, too, but with the 23rd pick. Beane had all the physical gifts to be successful, but sports is not just about the body; it is about the mind. Billy had a lot of expectations for himself, and those expectations became insecurities that eventually evolved into a gifted player being unable to play the game. 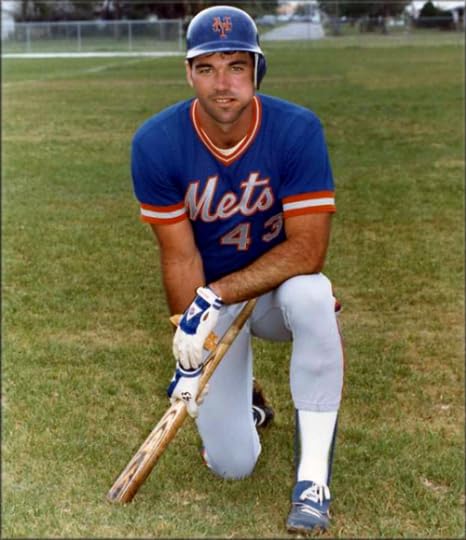 Billy Beane on the verge of a stardom that somehow eluded him. He is exactly the player who Billy now tries to avoid.

He asked for a job in the As front office, and that began an odyssey in search of those players who were ”ballplayers”, not pretty head cases, not players that hit home runs and created RBIs, but players that could control the strike zone. As he tore apart the As organization, he got rid of the scouts who were still insisting on signing Apolloesque ballplayers and sold off overpriced talent. Ownership wasn’t giving him much money to work with anyway, so instead of buying expensive talent, he had to sell expensive talent and replace it with a motley group of players whom no one else wanted, but who had the one important element he wanted most, OPS (on base plus slugging), i.e. these guys knew how to get on base.

These players had a menagerie of interesting things wrong with them that had other clubs looking to get rid of them, which made them perfect for Billy Beane. One pitcher had club feet. They were below average fielders. They were overweight. They threw sidearm pitches. They were older players on their way out. They were players too green for any other team to consider playing them.

Well, maybe you can. Exhibit A: The standings at the end of the season in the American League West in 2002.

Now the interesting thing is notice the payroll compared to the wins. The more money a team spent the fewer games they won. If I had been the Texas Rangers owner, I’d be looking at these results and think to myself, What am I paying for?

Baseball is in love with RBIs and Home Runs. They think those are the things about baseball that put butts in seats. As the Royals made their way through the playoffs in the American league in 2015, they encountered two teams that depended on the home run to win ball games. The Royals hit 95 home runs in 2014, which placed them dead last at 30th among major league baseball teams. In 2015, they improved to 139 home runs, but were still 24th in the league. Their opponent in the playoffs in 2015, the Toronto Blue Jays, were 1st in all of major league baseball with 232 home runs. Their other opponent, the Houston Astros, hit 230 home runs and were second in the league for home runs. 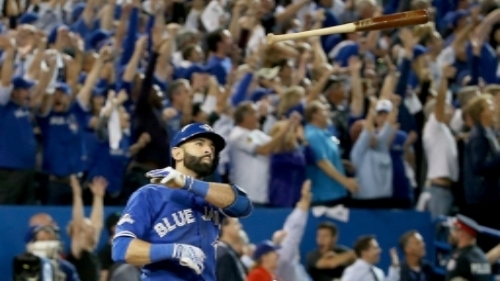 Jose Bautista hit several dramatic home runs in the playoffs, including the famous bat flip home run, but despite those fence clearing bombs, they were unable to advance in the playoffs.

Jacking up home runs might equal playoffs, but it doesn’t seem to equal winning world championships.

Even the Mets hit 177 home runs for 9th in the league. They did win the pennant, but still fell short of winning a world championship. To my eye, they are a more complete offensive ballclub than Houston or Toronto and will be contenders again this year, but not because they hit a lot of home runs.

So why is major league baseball so reluctant to embrace the philosophy of Moneyball? ”Anti-intellectual resentment is common in all of American life and it has many diverse expressions.” For instance, preferring high school players in the draft over college players, even though statistically college players do better. College athletes have played against stiffer competition. They have honed their skills. They have more reliable stats to give a general manager a better clue to how they will perform at the next level.

I admire the Mets. They are a terrific team. I still have a lot of nostalgia for Gary Carter and the Miracle Mets of 1986, and if the Royals hadn’t been playing against them last year, I would have been rooting for them in the World Series. I have to say that Terry Collins’ comments about basically comparing statistics to voodoo was disappointing to me. I don’t mean to pick on Collins, but his comments came after he made several decisions in the face of a pile of data to the contrary that probably cost his team at least a better chance to win the World Series. He is not alone. Baseball is still filled with owners, GMs, and managers who believe that home runs and RBIs are the most important statistics and the best way to win championships.

The Royals, after all, are an anomaly, right?

It was the same things teams were saying about the As in the early 2000s.

I think of all those ballplayers who really know how to play the game, who are stuck in the minor leagues because they hit too many singles or walked too many times, and didn’t launch enough missiles over the back fence.

I loved this book because I’m a fan of baseball, but the book had a much bigger impact on me. I started thinking about and applying Billy Beane principles to my own business. We are a company mired in traditions and traditional thinking and long overdue for an overhaul in philosophy to meet new challenges. Like all companies, we need to become more efficient, more lean, more targeted to what wins ball games rather than what creates a big splash. I’m buying copies of this book for the rest of the management staff, and we are going to talk about singles and doubles and managing our outs. Maybe we, too, can get our Royal on.

Posted by JEFFREYKEETEN at 9:02 AM No comments: