A Lover Man Finds Himself in Serious Trouble 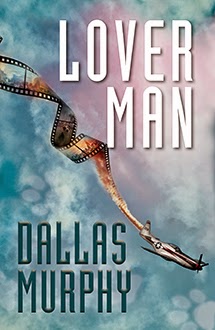 Artie Deemer has a life that many would envy. He spends the bulk of his time sitting in his New York apartment, smoking dope and listening to classic jazz. He can afford to do so because he’s supported in luxurious style by his dog, Jellyroll, the spokesdog for R-r-ruff Dog Food and a famous star of movies and television. Artie occasionally has to take Jellyroll to a studio and put him through his paces, but it’s hardly the most demanding job in the world.

Until a year ago, Artie was madly in love with a beautiful woman named Billie Burke, an artist/photographer. He’s still a bit madly in love with Billie, but to no avail since she ditched him for another lover (or two or three). Artie is stunned when the cops interrupt one of his relaxing afternoons to tell him that Billie has been found, bound and drowned in her bathtub. The cops suggest that Artie might be a suspect in the killing and then, to make matters worse, Artie discovers that he’s overlooked a message that Billie left on his answering machine just before she was killed. In the message, she begs him to come see her at her studio and tells him that she has something for him there.

Artie decides that he has to find whatever it is she might have left for him. This means, of course, that he will have to slip into the crime scene and search it, in violation of all sorts of laws. He tracks down his lawyer, who’s hard at work losing money in a pool hall and who advises Artie not to do it. Happily, Artie ignores this sound advice; if he didn’t there would be no book, and that would be a shame because it turns out to be a pretty good one.

Artie is a very engaging protagonist and naturally, once he sneaks into the studio and discovers what Billie left him, he puts himself in the crosshairs of the NYPD and the FBI, as well as an assorted group of mobsters, con men and aging World War II fighter pilots. (The book was first published in 1987, when these flyboys would have been in their late sixties.) Artie struggles to stay one step ahead of them all as he attempts to unravel the complex mystery that led to the death of his ex-lover. He doesn’t always succeed, which means that his life expectancy may not be all that great.

This is a very entertaining book, laced with a wry humor and populated by a quirky cast of characters. It’s now available in new trade paperback and e-book editions, and readers who seek it out are sure to enjoy it.
Posted by James L. Thane at 10:07 AM No comments:

The seventeen short skits of varying quality herein were created for school children...well specifically for one of those private schools with "The" before its name. You know, the ritzy titzy kind were it's a-okay if little Johnny skips his other classes for the rest of the day because he refuses to leave off the catapult-esque contraption he's working on for Ms. Schlitz's project on the Middle Ages. And when he fires rocks at the girls and breaks a window he is not suspended or even given the slightest reprimand. Yes, the kind of school I wished I'd gone to... (sad Jay face)

Because the skits were created to be performed by students, the characters telling their tales are generally - though not entirely - young. There's plenty of sons and daughters of tradesmen, craftsmen, farmers, minor lords, and beggars, or barring that, they tend to be apprentices. The knowledge imparted, such as crop rotation, is the sparest summary of the basic sort of stuff you'd learn in an introductory history course for the time period. I have no complaints about this and only mention it so you're aware that Good Masters! Sweet Ladies! was created for the pre-highschool age. For instance, one skit does touch - and in a quite touching way - on the hardships of motherhood amongst the poorer classes but without delving into the graphic details of childbirth.

And now here are the complaints...

So apparently Medieval folk were very poetic. Even peasants were writing rhyming verse? Some of these lowly, uneducated folk can really string together some clever lines! Ridiculous. Another issue is that Schlitz (every time I write that I swear I can smell godawful stale beer) cheats. In order to make a point or relay information, she occasionally puts words into the mouths of people who'd never say them. It's especially noticeable in the upper class characters who essentially call themselves thieves, saying that they know they are cheating the peasants, when it's very likely they thought nothing of the kind, but rather that they were doing their duty as befit their rank. Taxation, for instance, was their right. Without that money how could they govern? It was the way of things and so why would they think any other way?

Aside from such complaints and my tepid 3 star rating, this is good for what it is. If you have a dozen or more kids you need to put on a play for or have a junior-high aged child you're home-schooling, this just might be what you're looking for.

M is for More of the Same

M Is for Magic by Neil Gaiman
Reviewed by Jason Koivu
My rating: 3 of 5 stars

M is for the many things I always hope to get out of reading a Neil Gaiman book. Then the usual happens...

Some of these stories - "Sunbird", "October in the Chair", and "How to Talk to Girls at Parties" - appear in his excellent short story collection Fragile Things, and apparently others also appear elsewhere, mostly Smoke and Mirrors. Add to that, "The Witch's Headstone" is the precursor to The Graveyard Book. So, M is for Magic is really just a repackaging of old material.

That's been a running theme in my Gaiman reading experience. He relies on source material too much. His stories are magical, even fantastical, but his ideas are old and used. Fairytales and mythology make up the subject matter of a good deal of the Gaiman canon. Much of it is straight up taken from preexisting sources with a modern day sensibility and scant, if any, new invention slapped on it in order to call it his own. It's genius! Fantasy is the IT genre these days and the people like their entertainment to come with some familiarity, thus the man has hit upon a winning formula. Few writers can claim the kind of unbridled popular success Neil Gaiman has achieved, so it could be argued that few if any could do better work within the realms of writing he inhabits.

But I digress. Back to M is for Magic!

Whereas Fragile Things had decidedly adult content, this one gets no more racy than the suggestion of teens having "a time good" at a house party in "How to Talk to Girls at Parties". The rest is mostly stuff such as a crime noir version of nursery rhymes, a troll-under-the-bridge story, foodies in search of the ultimate meal, and a take on the quest for the Holy Grail in which an ordinary housewife finds the Grail at a thrift store and won't give it up to Sir Galahad because it looks nice on her mantel. (I could totally see one of the Pythons in drag playing the woman.)

I'm not sure exactly what the appropriate reading age would be for these stories - I'm a childless middle-aged man, what the hell do I know? - they're not for tiny tots, but they could probably be read by nearly all other age levels, even old farts, and enjoyed in some way, shape or form.