Siege Line by Myke Cole
My rating: 5 of 5 stars

Myke Cole keeps knocking it out of the park, Siege Line is damn near perfect military fantasy with a ton of heart to go with the blistering action. The Shadow Ops universe is a scifi/fantasy nerd's perfect storm. It hits all my loves, great world, amazing action, strong dialogue and terrific characters.

Go search out Mr. Cole's books, give him a try, then thank me later when you are out of money and waiting on his new book.

View all my reviews
Posted by Unknown at 7:24 PM No comments:

The Ruin of Angels By: Max Gladstone

The Ruin of Angels by Max Gladstone
My rating: 5 of 5 stars

There are few things in the world of science fiction and fantasy that make me happier than a new Craft Sequence novel, Mr. Gladstone is on a short list of authors that I drop whatever I am reading to read their new work.

If you haven't read the Craft Sequence books, DO. The Ruin of Angels is a beautiful thing, Mr. Gladstone shoves the square peg of a wonderfully deep and rich fantasy world into the smooth circle of reality and it works. There are weird and wonderful things happening everywhere, world full of gods and it's all everyday occurance. Truly a great thing...awesome story, cool characters and great, amazing world.

View all my reviews
Posted by Unknown at 7:14 PM No comments:

Old Grump Treks Across the UK

The Road to Little Dribbling: Adventures of an American in Britain by Bill Bryson
Reviewed by Jason Koivu
My rating: 4 of 5 stars

For all its stogy, stoicism and unspoken rules of social etiquette, England is a peculiar place full of strange people doing odd things. Many and more are found here in The Road to Little Dribbling: Adventures of an American in Britain.

American-born writer Bill Bryson has been living in England so long he's written a sort of 20th anniversary sequel to his popular Notes from a Small Island. While The Road to Little Dribbling may sound like more of the same, Bryson made sure to steer clear of the sights he visited the first time around.

Following very loosely what he has dubbed the Bryson Line... 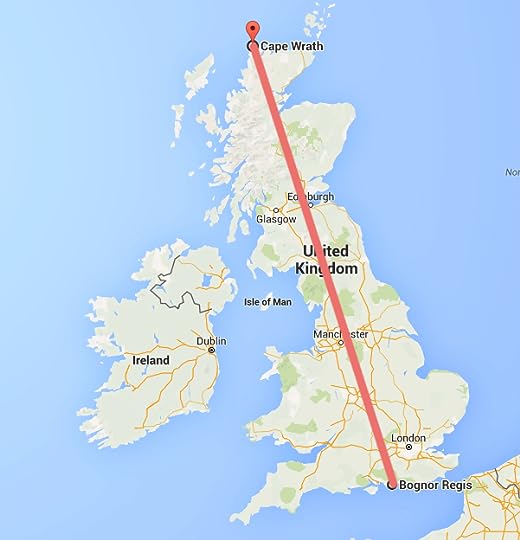 ...the longest straight line through Great Britain that doesn't cross the sea, Bryson samples a bit of the countryside and a little of the city life in the heart of England and Scotland. It's often a delightful and upbeat view of the land and its people. History buffs and jolly old England enthusiasts will find a lot to love here.

On the other hand, this is not a book for the young. Middle-aged, part-time curmudgeons will find a kindred spirit in Bryson, who gets grumpy over the littlest of nuisances:

"Out of the corner of my eye I noticed a little oik of a kid about 13 years old in a Chelsea shirt at a bus stop eating a bag of crisps. When I came back a few minutes later the boy was gone and the crisp packet was on the ground. There was a bin three feet away. It occurred to me, not for the first time, that if Britain is ever to sort itself out it is going to require a lot of euthanasia."

He's that old greybeard in the group that's always asking "but why?" (much like a 5 year old actually) and who will argue a pointless point to everyone's annoyance and just won't let it go.

But for the most part, Bryson likes England and in this book he mostly likes what he sees, so the reader is treated to a lovely tour of a quaint country with a fairly congenial tour guide in The Road to Little Dribbling. Recommended!

View all my reviews
Posted by Jason Koivu at 7:30 AM No comments:

A Russian Journal by John Steinbeck
Reviewed by Jason Koivu
My rating: 4 of 5 stars

Right after WWII people in America were curious about the Soviet Union in a big way. It coincided with a time when author John Steinbeck and world-renowned photographer Robert Capa were at a loss for what to do next. A scheme was hatched up to do a bit of light investigative journalism and see what was up with post-war Russia.

This wasn't political, so much as a social call. Steinbeck and Capa really just wanted to see what was going on in the lives and minds of the people.

They went to Moscow... 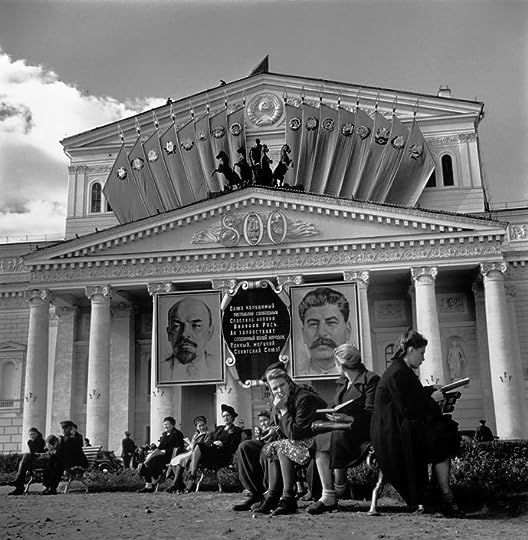 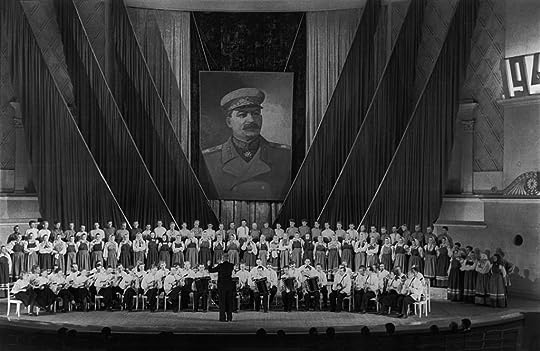 And they visited farmers in the provinces... 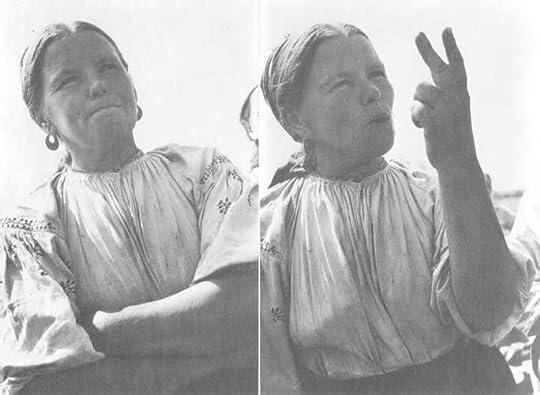 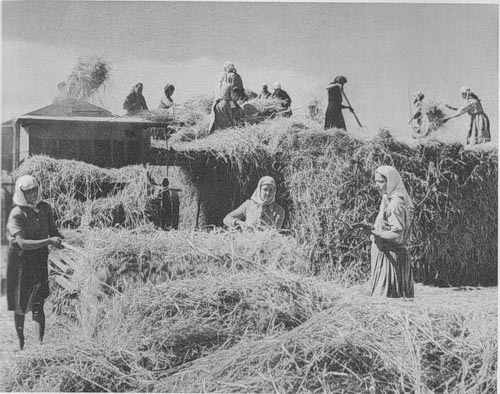 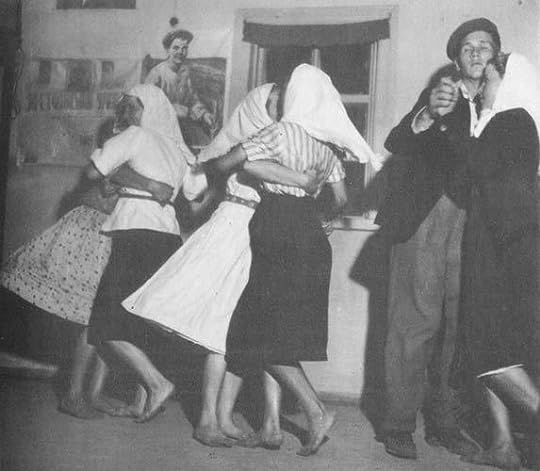 One thing you'll notice from the above photos (besides the ubiquitous recurrence of Stalin) is the general lack of men. A generation of males had been lost to war and the remaining women were left to carry on.

The people of Moscow came off as cold and officious. Everything needed to be categorized and catalogued. Steinbeck describes one meal in which hours elapsed before food hit the table, not because the cooks were slow. Rather, the paperwork that needed to be filled out and distributed to the proper authorities delayed the kitchen from even beginning.

The country farmers, though less educated, seemed freer and happier, even if they were worked ragged due to a lack of mechanization that had been available to them pre-war. However, they were welcoming and generous.

As it turns out, right after WWII, just about all people in Russia were curious about Americans in a big way and they had many questions for Steinbeck and Capa, so many that at times it seemed the journalists were becoming the story. Those interested in either gentlemen will enjoy some of the slight insights given herein. I've noted in his other autobiographical work that Steinbeck comes off as an impish trickster at times...though his friends might just flat out call him evil. Nonetheless, his sense of fun brings a welcome lightness to the text.

This is not to say the text is particularly heavy. In fact, this is quite a light read. Steinbeck seems to strike a good balance of post-war doom and gloom with hope and promise for a brighter future while relating it all in the easy-going manner of a master storyteller. This may be outdated and not give you an idea of what Russia's like today, but it's a nice sample of a recent historical time and place. Highly recommended!


A Capa and Steinbeck selfie... 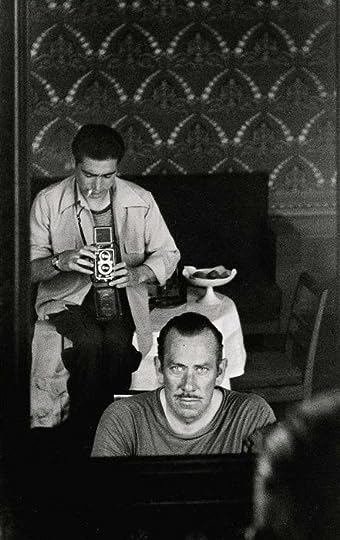 (I apologize if not all photos are from this book, as websites like Pinterest have begun to make online photo attribution rather difficult.)