Avengers: Standoff by Nick Spencer
My rating: 3 of 5 stars


What is the biggest problem facing law enforcement in the Marvel Universe?

It's certainly not capturing villains because that seems to happen every issue. It's not having a place to put them, because Marvel has all kinds of prisons with cool names like The Raft. The biggest problem is keeping villains in prison. Marvel's jails are pretty much a turnstile as offending villains are back on the streets in an instant. My solution would be super hero prison guards or even anti-hero prison guards. Knowing The Punisher is sitting at a crazy vantage point with a sniper rifle and a missile launcher might dissuade people from escaping. Maria Hill had another thought altogether.

SHIELD Director Hill's plan was to use a cosmic cube to change unwanted circumstances. These plans were leaked to the public 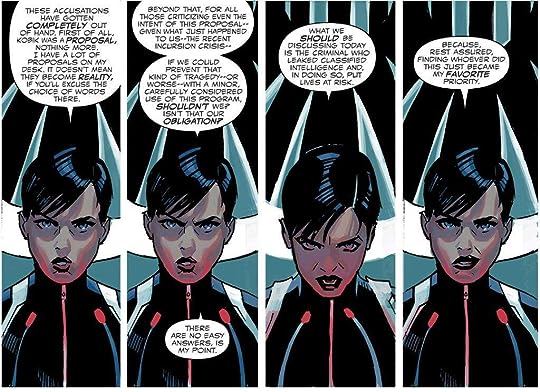 and the Kobik project was shut down...It was supposed to be at least. Bucky Barnes the current man on the wall, 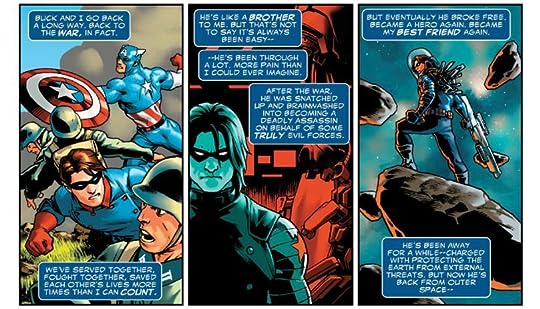 a role inherited from Nick Fury Sr., is shocked to learn there's a cosmic threat to Earth on Earth. He investigates and learns SHIELD has a sentient cosmic cube. 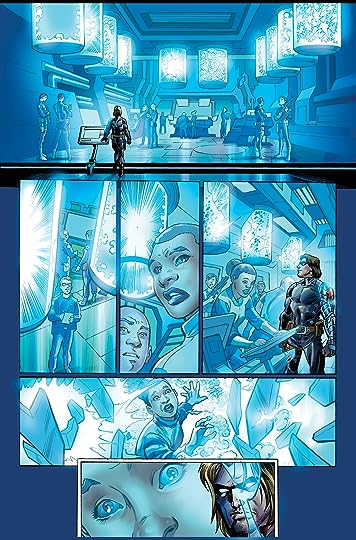 He alerts Commander Steve Rogers while The Whisperer is alerting current Captain America Sam Wilson. Let's say all is not as was expected as Maria Hill used Kobik to transform supervillains into ordinary people and housed them in a SHIELD operated town called Pleasant Hill. Of course nothing could ever go wrong with that plan... 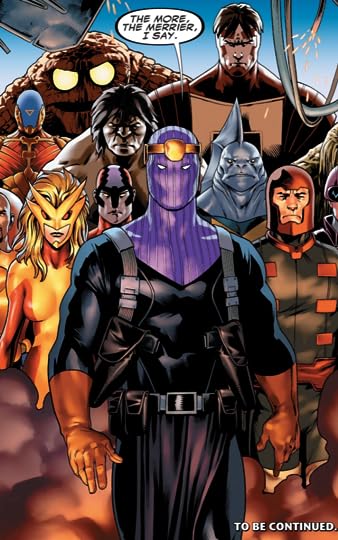 Avengers Standoff is a strange mixture for a volume. The premise makes sense as supervillains always break out of jail so transforming them into non violent members of a small town makes a lot of sense...assuming they won't execute anyone. The oddest part to me was the weak attempt at humor. The author pushed hard for some laughs, but it fell short. Another strange part is that the sentient cosmic cube assumed the form of a four year old girl which should of been an immediate flag. I have a daughter who is past the age of four and relying on her to handle all the battle guys would be a mistake. Four can be an emotionally volatile age...at least for my daughter. Anyway things have to go wrong which they spectacularly do.

On a positive I did eventually enjoy seeing all the Avengers teams cooperating. I was surprised seeing that Iron Man remained basically silent throughout since he's become a major figure head largely due to his prominence in the MCU.

Avengers Standoff was solid, but far from being overly memorable. I'm glad I read, but I'm sure I won't read it again.

The Guardians of the Galaxy head to Spartax to see their old friend and new Emperor of Spartax Peter Quill. Trouble has come for them though 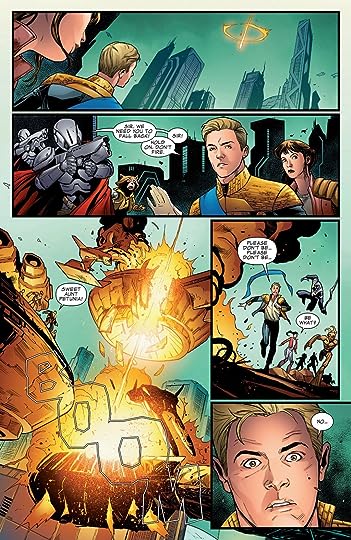 in the form of a Kree Accuser who blames the Guardians for the destruction of Hala. 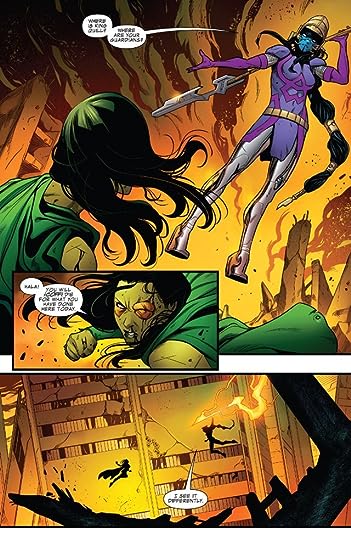 If that wasn't bad enough, the Guardians made a new enemy in Peter's absence that's coming to fight them on Spartax.

First off I have to say it's absurd that Peter Quill allowed himself to be made the Emperor of Spartax. He clearly doesn't want the job, but he accepted it out of some strange sense of obligation.

New Order Vol. 1 Emperor Quill shows the Guardians at their best, scrapping there way through fights they had no reason to be in. The Kree Accuser calling herself Hala was just out for blood period and she's massively powerful. Gamora's cosmic strength falls short. I've read a few of the Guardians solo comics and they all fall a bit short because they are best together. Even new comer Ben Grimm aka The Thing fits in with his rocky exterior and single catch phrase. 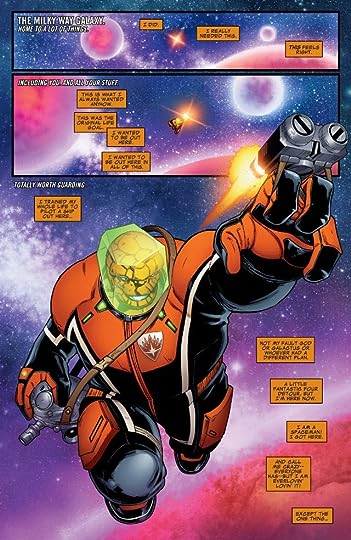 I'm excited to see what the Guardians do next because they are one memorable bunch.