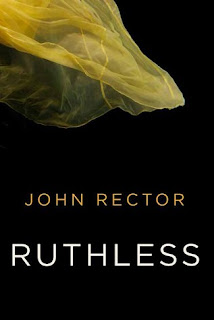 Nick White is having a pretty crappy couple of months. He's lost his job; his efforts to make money as a card player are not going well, and his wife has recently kicked him out. So one can readily understand why the poor guy might be sitting in a bar on a rainy night, sucking down Scotch.

It appears that Nick's luck might finally be changing for the better, though, when an attractive blonde walks into the bar, steps over to Nick and asks, "Are you him?"

Nick decides that he has nothing to lose by playing along and responds by saying, "That depends. Are you her?"

This leads to some witty repartee, but it quickly becomes apparent that the two are talking past each other and that Nick has totally misjudged the situation. If he didn't realize it initially, he gets the picture pretty quickly when the blonde walks back out the door but not before giving him an envelope containing a flash drive, $20,000 in cash, and a photo of the young woman he's supposed to kill before he gets a second twenty thousand.

Once he gathers his wits and realizes what has just happened, Nick races out of the bar after the woman, but she has disappeared into the night and is nowhere to be seen. Totally confused, Nick returns to the bar, finishes his drink, and, of course, is still sitting there, dazed and confused, when the REAL hit man arrives and gets a good look at him.

Of course the logical thing for Nick to do would be to call the cops and turn the whole mess over to them, but then the story would stop dead in its tracks and we wouldn't have the guilty pleasure of watching poor Nick get put through the wringer.

John Rector is a master of taking ordinary people like Nick White, who are usually down on their luck anyhow, putting them into situations like this, letting them make the wrong decisions, usually one after another, and then letting it all play out. It's always great fun watching him do this and Ruthless is a very worthy successor to Rector's earlier books like The Cold Kiss and The Grove.

Suffice it to say that Nick decides not to go to the police but that he should at least warn the young woman who has been targeted for death. And as any fan of noir fiction knows, that means that the excrement is about to hit the fan. This is a book with any number of diabolical twists and turns, one that will keep readers turning the pages very quickly. It's a great summer read.
Posted by James L. Thane at 10:12 AM No comments:

The Lovely Bones by Alice Sebold
Reviewed by Jason Koivu
My rating: 3 of 5 stars

The Lovely Bones is going to be difficult to review without spoilers, so if you haven't read it yet I'm gonna have to go ahead and ask you to leave, m'kay?

Why am I not surprised to learn that Alice Sebold was raped at a young age? Because only someone who'd been through something as horrific as that would write a book like this. I'm not just talking about the subject matter, but rather the tone. Everything about this book is a victim's silent scream. Suzie, the dad, the surviving kids...it seems like everyone has someone taken from them. Maybe even the mom. I mean after all, the life she wished to lead was raped from her after she had the chance to lead it.

Honestly, I thought this was going to be even more depressing than it turned out to be. There's an unexpected hopeful strain through out, a nice pairing with some of Sebold's better writing.

On the other hand, some of her writing is irritating. Most notably were the many instances in which she attempts to utilize suspense writer techniques. As readers we are expecting a divulgence of information regarding the focal murder of the story. So, it's a big old tease when Sebold abruptly states "I saw him." Many times out of the blue she starts a new paragraph or section with just such a line and then goes on to talk about the family dog or some other nonsense. It's bullshit.

Overall though, this isn't bad. At times I enjoyed this look (maybe not the POV from which the story's told) at the after affects of a young girl's mysterious murder. The grieving period for family and friends, and the various paths each of them takes, is portrayed with authenticity. Some grieve harder than others. This isn't a murder mystery, this is real life. It's not always interesting or entertaining. Sometimes it's just sad and thought provoking.

So yes, I did like The Lovely Bones, but as for my tepid 3-star rating, all I can say is, Oprah lied. She told millions to read this and their perseverance upon that endeavor eventually got me to do the same. I read it. I was not Oprah-amazed. Why blame her? Because if she hadn't kicked it all off with her recommendation, I never would've read this. It's just not in my wheelhouse. Thus, I never would've had the opportunity to give this a lower rating. So, if you feel 3 stars is too low, blame Oprah.