When All Hell Breaks Loose 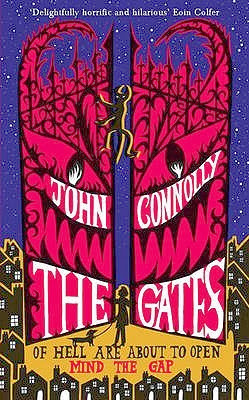 The Gates
by John Connolly
Published by Hodder & Stoughton

Not to put too fine a point on it, but I hate my neighbors. Yeah, I know I'm supposed to love them, but it would be easier if they were just a little more lovable and not so loathable. Between the late night beerfests, the trucks without mufflers, the pit bulls tied to trees, and the Jerry Springer style public arguments (not to mention just a general lack of hygiene), there's not a lot I can be thankful for. Until The Gates. Now I can at least say, "Well, they haven't accidentally opened a gateway between our world and Hell during a seance gone wrong." I feel confident that they'll never do this as they don't appear to be readers of books, and a book is indeed used by the Abernathys (who have the misfortune of living at 666 Crowley Road) to summon forth the legions of Hell.

When I bought the book, I had no idea that it was a young adult book, so that was a little disappointing. However, once I got over that fact, I really enjoyed the tale of precocious Samuel Johnson and his little dachshund, the only hope mankind has in the face of the apocalypse being brought about by Ba'al, who is preparing the way for The Great Malevolence. The book is often clever, frequently humorous, and just dark enough for the intended age group (although it might frighten some as this may be marketed as more of a "tweener" book than young adult novel). There are also footnotes aplenty (but not boring ones--my favorite explains how astronomers found a substance in a dust cloud in the center of our galaxy called ethyl formate, which smells of raspberries and rum--which I think is a pretty kick ass scent for a galaxy).

Overall, it reminded me of Neil Gaiman's writing for young adults (at one point I even thought it was like Good Omens--For Kids) and, like Gaiman, John Connolly never underestimates his intended reader's intelligence nor appetite for the macabre.
Posted by Amanda at 8:30 PM No comments:

This Will Teach You Not To Offend the Gods 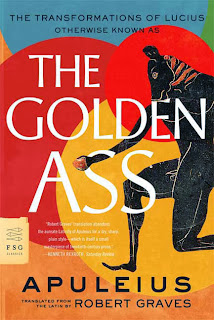 The story of The Golden Ass is that of Lucius Apuleius, a young man of good birth who encountered many strange adventures while disporting himself along the roads to Thessaly. Not the least of these occurred when Apuleius offended a priestess of the White Goddess, who turned him into an ass. The tale of how Apuleius dealt with this misfortune and eventually resumed human form is conveyed by Robert Graves in modern English.


I'll admit it. I like Robert Graves historical fictions and translations. I think it's because he manages to keep any humour found in them rather then make them just dry translations.

If you have no sense of the absurd this book is not for you. Go read the Iliad. I'm not saying I didn't enjoy the Iliad. I did! I'm just saying this is not your average ancient literature. This book is stuffed with more violence and sex then most summer movies but it's done in such a way as to not glorify either.

The unstructured telling of various tales woven into a grander story works remarkably well. I already knew the story of Cupid and Psyche but I enjoyed it as part of a larger scheme.

I'll also admit it could have perhaps ended better but I can see why it did. Most occurrences were attributed to the gods and goddesses then. They seemed to have a hand in everything from birth till death. The Greek and Roman worship of Isis was far different then the Egyptian's and I think the choice of those deities suited this story. So the five stars stand.
Posted by Zorena Deckard at 10:00 AM No comments: