This is David Haller perhaps better known as Legion. He's the Omega Level Mutant son of Professor Charles Xavier. Which sounds great except that David is called Legion because he has at least 100 personalities in his head, who each have their own mutant powers. Oh and David struggles to keep control of these personalities. His father, with some help, built a mental prison to aid David's sanity and assist with his control of his powers. During the events of Avengers vs X-Men, Charles left David at a Telepathic Psyker commune of sorts. 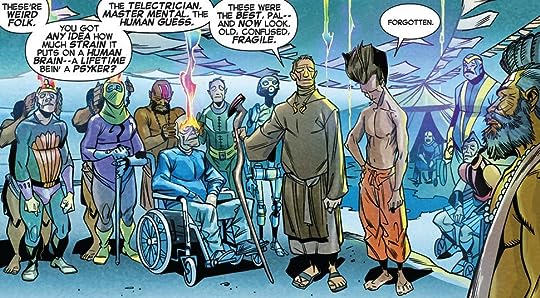 David gets help for his mental problems while helping others. When Professor X was killed by a Phoenix possessed Cyclops, David's mental prison broke and the inmates are running loose. Now David must find a way to control the legion of personalities in his head, while he decides what to do now that his father is dead.

Prodigal was interesting as it is almost exclusively told from Legion's point of view. I really didnt know much about Legion except the facts and his role in Age of Apocalypse. Legion is a pretty awesome character. He's one of the strongest beings in existence, but he's hindered by the personalities in his mind. Any of his personalities can take over his body if they catch him in his mind and use their share of his powers. It's not hard to see why Professor X kept him in a coma induced state for much of his life.

David is also great because he has a fun sense of humor. He makes a ton of funny references and delivers some memorable lines.

"There it is "fight." These two've known nothing but violence and youse want to fix it at paramilitary spandex school."

"The dream is fine. I just think the way he went about it might have been (say it say it say it) wrong."

Prodigal was refreshingly familiar yet new and exciting. I wasn't expecting the storyline at all and I'm pumped to keep reading the series.

When Thanos arrived on Attilan and threatened the Inhumans, Black Bolt sent everyone away through Eldrac the door. This resulted in many Inhumans scattering throughout the world. Since that day no one knew what happened to Ahura, heir to the throne of Attilan, the son of Black Bolt and Medusa. 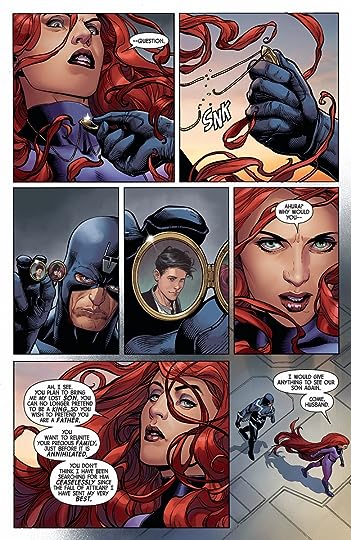 It seems one person knew where Ahura was. 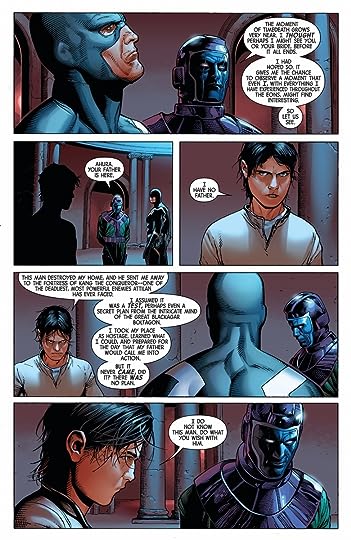 Black Bolt sent Ahura into the past with Kang the Conquerer to protect him from Thanos and the incursions. 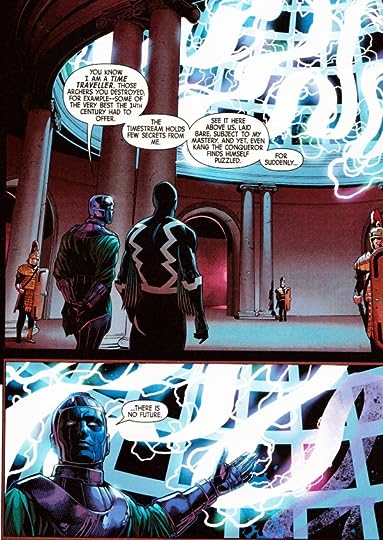 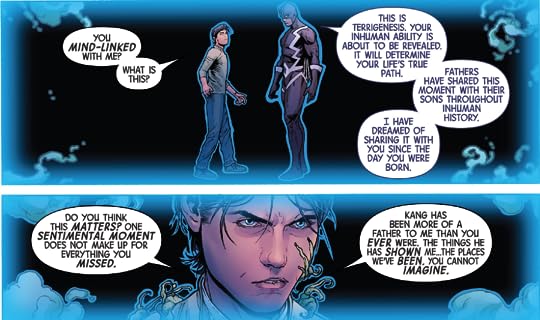 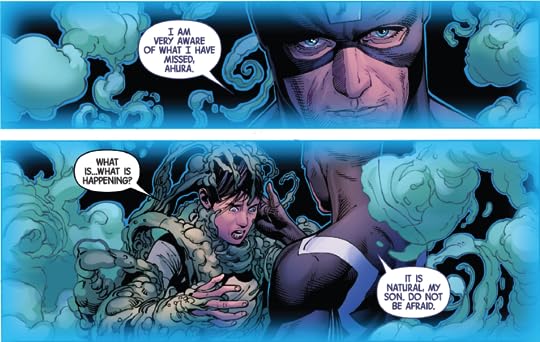 Since the incursions appear likely to destroy Earth, Black Bolt asks Kang to keep Ahura. Kang agrees, but only under the condition that Ahura will belong to him even if the Earth is saved. That Ahura would belong to Kang forever! Black Bolt agrees. After Secret Wars ends and the world is restored, Black Bolt goes to reclaim Ahura and Kang is not amused. 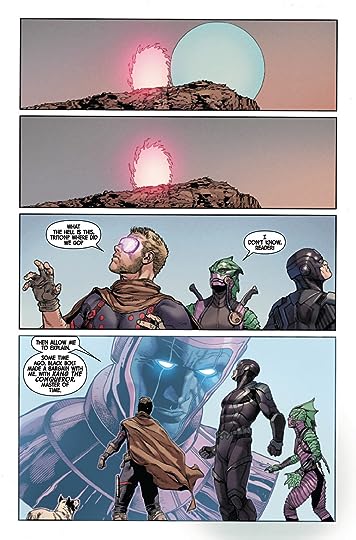 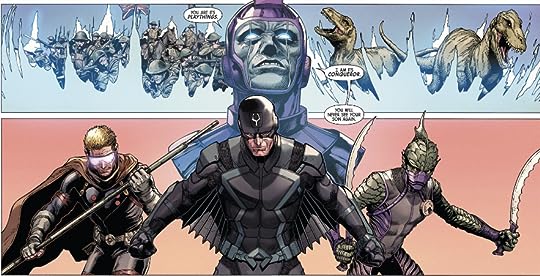 Time Crush was interesting and intense. I am familiar with Kang the Conqueror, but I didn't fully comprehend how dangerous someone who controls time could truly be. Kang is not an enemy any wise person would choose which really demonstrates how desperate Black Bolt was to save Ahura. This was especially touching because Black Bolt in the past had allowed Ahura to go through a lot of bs because the genetic council feared him and because they didn't provide the OK for Black Bolt to reproduce. I'm glad to see the genetic council and a few other annoying parts of the Inhumans have gone away. Ahura and Black Bolt have a tense relationship to say it nicely. Despite all that Black Bolt has no intention of letting his son down again.

This volume was the first time I ever read a comic book arc as it was released. It was fun to do because I am currently obsessed with the Inhumans. Ever since Marvel announced an Inhumans movie and Black Bolt unleashed the terrigen bomb over New York, I've been paying close attention to the Inhumans. Uncanny Inhumans is the main title of the new Inhumans movement and I've been really pleased with the results thus far. It's fun that they've included the original Inhumans along with the Nuhumans, who are Inhumans who didn't know they were Inhuman until the terrigen cloud transformed them.

Time Crush was a great start to the Uncanny Inhumans and I'm excited to see where the story heads in the future.