THE DROWNED DETECTIVE BY NEIL JORDAN

The Drowned Detective by Neil Jordan
My rating: 5 of 5 stars

”’What is it about this place?’ I asked him. ‘They do things the old-fashioned way. They fall in love, they kiss in metros, they hire detectives to follow errant spouses and psychics to find lost children.’ 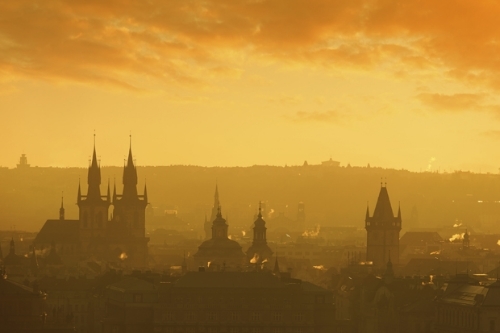 The city was built in an era of stone. The passage of centuries and the climatic weather are slowly crumbling the edges, eroding the foundations. There are cell phones and computers, but they don’t dominate people’s lives. Music is a bigger part of their lives, either listening and/or playing, not mindless notes, but the ethereal tones of Bach and other masters. We know it is a European city, but it remains nameless. It is a place suspended in time, as if the city is caught in a 1940s black and white noir film with cracks in the celluloid which allow color from the present to bleed into the edges of the frames.

Jonathan owns a small private investigation firm. Most of their cases involve following adulterous spouses, but when a couple brings him a picture of their missing daughter, who was the same age as his daughter is now when she disappeared, he decides to do what he can to find out what happened to her. The case is stone cold, so when the mother suggests using a psychic, Jonathan is leary but at the same time wants any help he can get to find a string that he can start tugging on.

Jonathan’s first impression of the psychic is of grandness in the waning days of her elegance.

”She looked like an ageing Marlene Dietrich and she knew it. All she was missing was the eye-patch, the one Dietrich wore as she gazed through a wisp of curling smoke at the sagging hulk that was Orson Welles. They were both old then, and almost past it, and they knew it, too.”

In the moonlight, she is still glamorous, but in the harsh truth of daylight, there are breaches in her beauty revealing more of what she has lost than what she has retained.

To add flavor to the plot, Jonathan finds a man’s cufflinks in his wife’s purse. He doesn’t have to be a good detective to figure out who they belong to. Enhancing his own problems, the city is in chaos with people in Balaclavas racing around the streets and metros clashing with the police and leaving shattered glass in their wake.

Jonathan meets a woman on a bridge adorned with eyeless gargoyles. It bothers him, these protectors without sight. He chats with her and, sensing the pain,

He jumps in after her.

If you save a life, you are responsible for him/her for the rest of your life. Or so the proverb says, but for Jonathan, this act is going to have bigger ramifications than he can ever comprehend.

We always try to understand what motivates people to do rash things, or maybe their actions just look rash to us. Maybe they are acting on thoughts they have rolled around their minds until the rough edges are worn off, and now those brooding notions move smoothly from side to side, and the only way to get it to stop is to…. 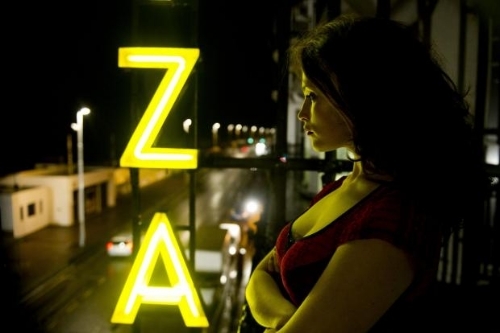 These sparsely written, elegant prose are a perfect example of how less can create more. This city might be crumbling, but the dignified, atmospheric beauty of the streets and buildings make me love this place as if it is a fantasyland built for my pleasure. Neil Jordan is best known as a director, but lucky for us, he also writes books. He shocked the world with his film The Crying Game, but he has also proven to me that his cinematic vision or his gift of expression is not narrowed to just a lense in a camera. If you like enthralling, moody, ethereal noir with a dash of supernatural, then this is the perfect book for you.

Posted by JEFFREYKEETEN at 2:55 PM No comments: