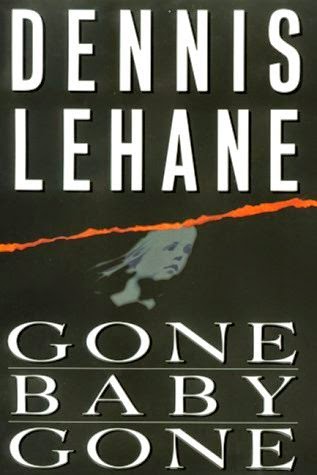 
Boston private detectives Patrick Kenzie and Angela Gennaro are hired to find four-year-old Amanda McCready, abducted from her bed on a warm, Indian summer night. They meet her stoned-out, strangely apathetic mother, her loving aunt and uncle, the mother's dangerous drug-addled friends, and two cops who've found so many abused or dead children they may be too far over the edge to come back. Despite enormous public attention, rabid news coverage, and dogged police work, the investigation repeatedly hits a brick wall. Then a second child disappears....As the two detectives intensify their search, they encounter a media more interested in sensationalizing the abductions than solving them, a midnight ransom drop that explodes into a firefight, a city seething with secrets and rage, and a faceless power determined to keep the children lost forever.

I knew this was going to be a very dark story. After reading the very disturbing Darkness, Take My Hand, about a vicious and sadistic serial killer who knew no limits when it came to human depravity, I didn’t imagine it could get much worse. I was wrong.

Though Patrick and Angie are tired of the violence and inhumanity that plagued their earlier cases, they agree to accept this latest case of a four-year-old girl who was abducted from her bed. Amanda’s mom, Helene, who is far from the perfect parent, uses drugs, drinks, and is addicted to TV. Amanda has a loving aunt and uncle who desperately want her to be found.

Patrick and Angie realize that a child’s disappearance must be solved quickly, or it will never be. With the help of two detectives in the Boston Police Department who believe in their own brand of justice, the denizens of their rough Dorchester neighborhood, and of course, Bubba, Patrick and Angie plunge headlong into one of their most difficult, complex, and emotional cases, confronting bad parenting, child abuse, pedophilia, and murder. They learn about themselves and each other, and discover that life and justice are not always black and white.

I had a difficult time putting the book down and enjoyed the growth of Angie and Patrick’s relationship, their feelings about children, and the questionable characters with good intentions. The story left me shaken and numb and thinking about it for days.

It was a great movie too!

Also posted at Goodreads
Posted by Nancy at 8:20 AM No comments: