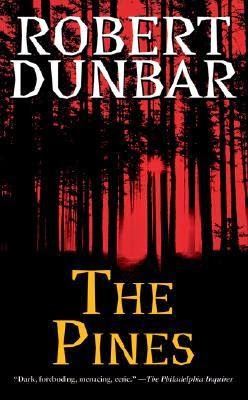 Legends linger in the dark places of this world, legends as old as fear itself. Deep within the Pine Barrens of New Jersey, a series of macabre murders draws ever nearer to the isolated farmhouse where a lonely woman struggles to raise her strange, disturbed son. Does some ancient evil prowl the woods? The boy seems to be in league with a presence that makes itself felt in every rustle of wind, in every gleam of moonlight. As a wave of terrifying violence threatens to engulf them, the young mother must join with a group of demon hunters -- outcasts all -- in a battle for her own survival ... and for the life and soul of her son.

I hate New Jersey. It all started when I was 11 years old and I made friends with the new girl, Tammy. She was blonde, beautiful, and one of the toughest girls I ever knew. I learned she came from New Jersey. In my mind, the Bronx had to be one of the worst places in the world. For a brief time, David Berkowitz lived with his mother six floors below me. My father got held up twice while selling insurance to people who had nothing to insure. My mother was too scared to take the bus to the construction company in the South Bronx where she worked as a bookkeeper, so my dad had to drive her. In school, I had to go to the bathroom in a group of three while carrying a wooden paddle with a number on it. My fifth grade science teacher carried a big knife for self-protection before guns were fashionable.

So, if I lived in one of the worst places in the world and Tammy moved there, she must have come from a really, really bad place. People moved away from the Bronx all the time. No one ever moved there, until Tammy. When I finally got the courage to ask what terror had her fleeing New Jersey, she told me about the charred remains of a five-year-old girl that were found in the incinerator of the apartment building she lived in. OK, so I’m a brunette, but that incident quickly eradicated any fears I had about riding in the elevator with the Son of Sam and forever tarnished my image of New Jersey.

Reading The Pines certainly didn’t make me feel better about the state of New Jersey. A single woman raising her young and mentally disturbed son; a creature inhabiting the woods and committing a series of savage killings; the eerie silence and creepiness of the pine barrens that made my skin crawl with dread; and the flawed, mysterious and unsavory characters that brought to mind Southern Comfort and that banjo-playing kid from Deliverance.

This is a very creepy and unsettling story that was slow-moving at times, but captivated me and had me looking up everything I could find on the Pine Barrens and its inhabitants, the legend of the New Jersey Devil, and the “feeble-minded” Kallikak family.

Highly recommended for fans of literary horror.
Posted by Nancy at 4:30 AM No comments: