March Violets by Philip Kerr
My rating: 4 of 5 stars

”Back in the bedroom, she was still standing there, waiting for me to come and help myself. Impatient of her, I snatched her knickers down, pulling her onto the bed, where I prised her sleek, tanned thighs apart like an excited scholar opening a priceless book. For quite a while I pored over the text, turning the pages with my fingers and feasting my eyes on what I had never dreamed of possessing.”

I have to appreciate the fact that Bernhard “Bernie” Gunther compares having sex with a beautiful woman with the same excitement that a scholar/book collector might feel with possessing a rare book.

I knew I was going to like this guy.

Bernie has been watching with bitter amusement as the powers that be are slowly sanitizing the city of, in particular, their malicious anti-semitism, in preparation for the 1936 Olympic Games. They do not want to offend all those people who will be coming to Berlin from all over the world to see Jesse Owens kick some Aryan ass. 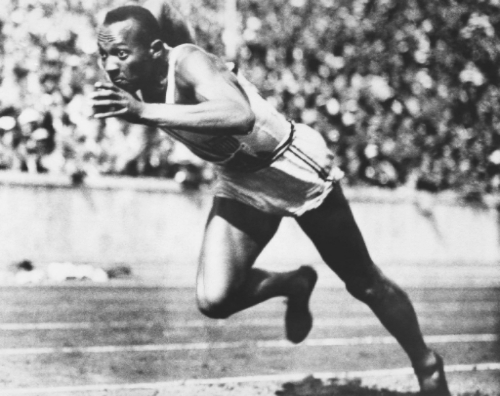 It is inconceivable that a black man can beat the best athletes of the master race. ”Watching the tall, graceful negro accelerate down the track, making a mockery of crackpot theories of Aryan superiority, I thought that Owens was nothing so much as a Man, for whom other men were simply a painful embarrassment. To run like that was the meaning of the earth, and if ever there was a master race it was certainly not going to exclude someone like Jesse Owens.”

The Nazis are even letting books that have been previously banned reappear in local bookshops. A woman even says to Bernie that he better run down and buy Alfred Doblin’s great novel Berlin Alexanderplatz and read it before it is banned once more.

My question is, if the Nazi Party truly believes that what they are doing and what they believe is correct, then why do they feel the need to hide their behavior from other people?

Bernie used to be a Bull for the police department, but has found that his personality is better suited to private investigation. He might still have to deal with hypocrisy, but he doesn’t have to work for hypocrisy. He takes a job working for the ultra wealthy Hermann Six, who wants him to recover a necklace that was stolen from his daughter’s house the night that she and her husband were murdered. Bernie also almost meets Six’s movie star wife, Ilse Rudel. ”I watched her walk towards the library door behind me. Frau Six---I couldn’t get over it---was tall and blonde and as healthy-looking as her husband’s swiss bank account. There was a sulkiness about her mouth, and my acquaintance with the science of physiognomy told me that she was used to having her own way: in cash.”

Bernie about catches a chill as she walks by him. She’d eventually warms up.

The case takes Bernie places he never wanted to be, like in the middle of a power play between Hermann Goering and Heinrich Himmler. He also has the distinct displeasure of meeting Reinhard Heydrich. Truly, this is a trio of SOBs who, if there is such a place as hell, should be burning at the deepest, darkest, stankiest level of perpetual agony. ”I am Obergruppenfuhrer Heydrich,” which just about makes me toss my cookies. 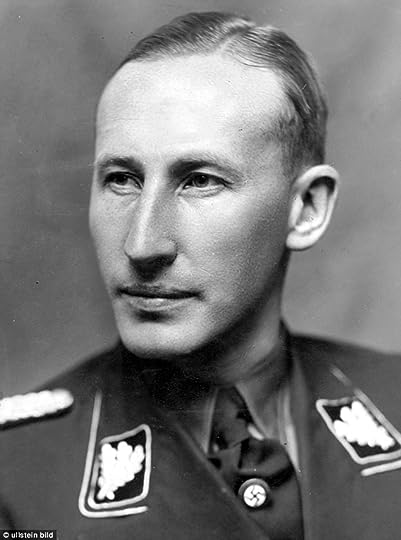 It is difficult living in a society in so much upheaval. People are disappearing, concentration camps are already being established, and no one knows what the code for living is anymore. It changes, and given time, everyone feels like eventually they will trip up and be punished for some infraction that they didn’t even know existed.

”You are Nothing, Your Nation is Everything.”

Just when you think that Bernie has taken all the thumps to the head, the body blows, and the mind twists of multilayered lies that he can take, he gets sent to Dachau by the Gestapo to extract information that is dire to key individuals important to the party. He finds it or he stays. Needless to say, he is incentivized. ”His luck hadn’t so much run out as jumped on a fucking motorcycle” and is heading for the horizon.

Philip Kerr manages, between all the hardboiled dialogue, to layer in a real sense of what is really going on and how everyone at every level of society is being affected by such a radical regime change. It is like a galloping horse that no one is strong enough to haul back on the reins and slow it down. It is truly a scary time for all German people, even those who feel like they are in the favored groups. For Jews, we all know what they go through; I just had no idea it was beginning this early. Some of the hardboiled dialogue is really good; some is ridiculous, and sometimes it is hilarious, as well. I’m definitely looking forward to the other two books in the Berlin Noir trilogy. I’m also looking forward to picking up Doblin’s book before it disappears from the stores again.