Are you an innie or an outie? 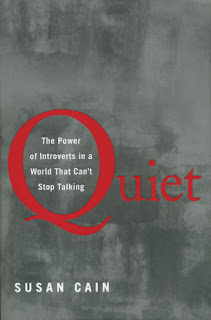 Reviewed by Stephanie
Rated 4 out of 5 stars


March 6th [2012] was Super Tuesday and I live in that Oh-so-much-talked-about-battle-ground-state of Ohio. I work the elections as a Ballot Judge, which means I hand out the ballots to the voters and give them instructions. I get to talk and talk, for 13 hours straight *sigh*. I try to make it entertaining for the voters, myself and the others I work with because of its repetition, but by 7:30 pm when the polls close I don’t think the language I was using was English.
My spiel went something like this…….

Me: “Today we have, Democratic, Republican, Libertarian or Green (I have never given out the last two)”.

Me: “I’m not sure, but there is next to nothing on their ballot.”

Voter: “I’m an independent (code for embarrassed Republican) can’t I have both a Democratic AND
Republican ballot?”

Me: “No, you must declare one and you will be that party until the next primary. Ohio is a closed primary state.”

Voter: “Uh….then give me a *whispers* a Democrat one.”

Me: *loudly* “Democratic it is! Take all this to a table and vote, when you are done bring everything back to Rosemary in the red sweater by that machine. Make sure to tear off the stub on the bottom of the ballot…….the one that is marked “do not detach” when you come up to the machine. If you don’t, you will make Rosemary angry (a very sweet and very old woman) and you won’t like her when she’s angry. She will cover you in I Voted stickers.”

This resulted in lots of chuckles, but I did it 301 times. I was drained. I slept for 12 hours that night. Twelve. Grant it, I got up at stupid O ‘clock to get to the polls by 6 am and maybe had 4 hours of sleep, but I was just a shell my former self. I am an introvert.

Introverts and extroverts are most easily determined by how their energy is drained and how it is refreshed. Extroverts are drained when they have spent too much time alone, and the opposite is true for introverts. So for me, my life force was gone.

In the United States our culture is biased towards the extrovert. We are about the loudness, the out there, the utter insanity if you will. In school “poor Johnny is so quiet, he needs to come out of his shell.” I want to scream “Leave him alone…..he’s FINE, he likes his shell!” School rooms now do this Pod thing where they pull four desks together and make these poor kids work as a team. WTF? No way would have that “concept” worked for me and it’s not working for introverted kids.

“There’s no I in team” and that is a damn dirty shame.

I haven’t worked in an office setting in years, so when I read in this book that office places are arranging offices areas with an open concept, everybody face to face with no walls. Workers going about their day, shooting the shit, getting ideas……brainstorming (which doesn't work). Who in the hell thought that one up? What a nightmare. What if I only tolerate a certain co-worker……now I have to stare at his annoying face all day, every day? How is anything ever accomplished?

Companies are beginning to realize this mistake and are changing things up. Google (I think it was them) designed their offices with food, bathrooms and the like all in the center, like a town center, with offices around the edges. It is designed for casual meetings where ideas everyone figured out in their quiet offices are shared and expanded.

Introverts are a third to half of the population. Many of these don’t even know they are introverted, because of the push to be extroverted has made them fool themselves into thinking they were extroverts.

Another interesting thing I learned from this book is that extroverts are motivated by rewards. They work toward things, and take risks if need be to get to the goal of getting that reward. Extroverts are soooo happy when they get the reward.

Introverts are motivated by fear. So they do things more cautiously, careful not to mess things up in the process of getting to a goal. That sounds like me. It’s doesn't sound cool that I am afraid to F things up, but I am.

This book is interesting, whether you are an I or an E. Because if you’re not an introvert, odds are you know and love one.

Also posted on Goodreads.
Posted by stephanie at 11:46 PM No comments:

Email ThisBlogThis!Share to TwitterShare to FacebookShare to Pinterest
Labels: non-fiction 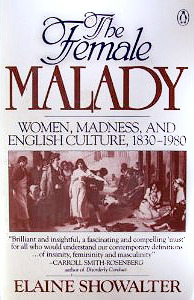 
Elaine Showalter
Penguin Books
Reviewed by: Nancy
5 out of 5 stars


In this informative, timely and often harrowing study, Elaine Showalter demonstrates how cultural ideas about 'proper' feminine behaviour have shaped the definition and treatment of female insanity for 150 years, and given mental disorder in women specifically sexual connotations. Along with vivid portraits of the men who dominated psychiatry, and descriptions of the therapeutic practices that were used to bring women 'to their senses', she draws on diaries and narratives by inmates, and fiction from Mary Wollstonecraft to Doris Lessing, to supply a cultural perspective usually missing from studies of mental illness.


Elaine Showalter’s The Female Malady: Women, Madness and English Culture 1830-1980 is a very informative, very accessible, and very disturbing look at how “insanity” was treated from 1830 to 1980.  It examines cultural expectations about how women should behave and how these male perceptions affected the diagnosis and treatment of women’s mental health problems.

I read this book from cover to cover and would have been very happy if it were a school text.  One of the things I liked most about the book was its personal approach, using the perspectives of female "inmates" themselves, and fiction excerpts from a variety of authors, such as Charlotte Perkins Gilman, Sylvia Plath, Charlotte Bronte, Doris Lessing, and others to highlight women's mental health issues and experiences with doctors and provide an insight into the culture and period.

There was also a section on men who suffered "shell shock" during WWI, the treatment they received, the similarities between "hysterical" men and women, and the modernization of psychiatry.

I highly recommend this book for those interested in mental health, history, and the effects of power and gender imbalance in the mental health care profession and in society.
Also posted at Goodreads.
Posted by Nancy at 10:53 AM No comments: