All Hail the Humble Book! 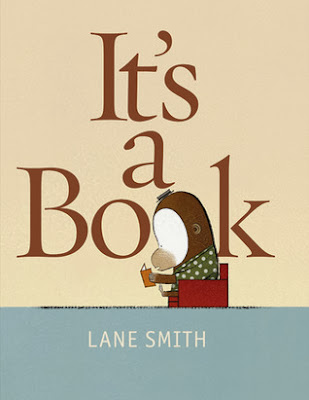 I'm not a technology curmudgeon (although my use of the word "curmudgeon" alone probably indicates that I'm well on my doddering way into geriatric-ville). There have been many technological advances of which I'm quite fond--just try and pry my iPod out of my cold dead hand. However, when it comes to technology, I see two categories: 1) technology that saves time and adds to the quality of my life and 2) status technology. For the most part, I think e-readers and their ilk fall into status technology. It screams "hey, look at me and my nifty gadget." Sure you can download several books within seconds, but going to a bookstore and browsing through the selections with a cuppa joe in my hand is one of my favorite things. I like walking around, basket on my arm, adding to it any item that catches my fancy. I like agonizing over which of my carefully selected books will be going home with me as I weigh my wants against what my meager bank account will allow me to have. I love the feel of books, the smell of books, the covers of books. I love turning pages. I love seeing what others are reading.

And that's why I love It's a Book. In a world of techno-abundance, it reminds the jackasses of the world that the book is already perfection.
Posted by Amanda at 5:30 AM No comments:

A Pretty Package, But Empty Inside 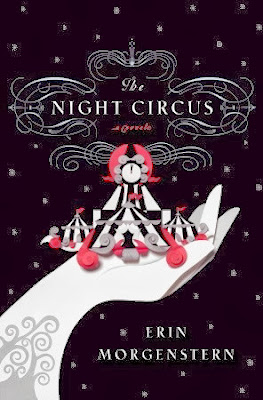 The Night Circus
by Erin Morgenstern
Published by Doubleday

The Night Circus reminds me of a wedding cake: breathtakingly beautiful and intricate, with an infinite amount of attention paid to every detail. And, while you'll do the polite thing and talk about how delicious it was, in your heart-of-hearts you know that the simple homemade cake you've got waiting for you at home is infinitely better. Because a wedding cake isn't really about taste at all; it's all about flash, panache, and aesthetics. As your fork breaks through all the magic of sculpted icing, what you often find is that it lacks flavor and texture. All the effort went into the external and not the internal. That's how I feel about The Night Circus. It is unquestionably beautiful in its descriptions of the enchanting black and white Circus of Dreams and connects with you on the level of a child's awe and wonderment at encountering a world where the possibility of magic is confirmed.  However, in the final analysis what is missing is a story full of conflict, tension, and developed characters. It's certainly pretty to look at, but didn't resonate with me.

The beginning of the book is filled with promise. Celia Bowen is delivered to her father, Prospero the Enchanter, after her mother commits suicide. Prospero is initially disinterested in the daughter he never knew nor wanted, but becomes intrigued when her anger manifests itself in the movement and breaking of objects in the room around her. Like her father, Celia has a gift for magic--a gift that her father uses to make a living as an illusionist, knowing that his audiences will never suspect what they witness on stage is real and not just sleight of hand. After training Celia to control her powers, Prospero contacts the mysterious Alexander, another true magician, and the two make a wager. Prospero will pit his daughter against an opponent of Alexander's choosing in a challenge that is never clearly defined to the reader. Alexander accepts and promptly plucks Marco, a boy with a love of reading, from a nearby orphanage and begins training him.


{a few spoilers ahead; those still interested in reading the book may want to stop here}


It's at this point that the book has a lot of promise and I'm actually getting excited about the challenge to come. This is also where problems start to surface. Several chapters segue into peripheral storylines not really deserving of exploration as they take the tension out of the challenge between the two magicians. But that's okay, because there's not a lot of tension there to begin with. Celia and Marco are trained for a challenge that's never defined for them. They don't know how the game is played (nor why) and they don't know who their opponent is. Hell, they don't even know what the challenge is until they've unknowingly been involved in it for a while. This is problematic because Celia and Marco have no reason to be invested in the challenge and neither does the reader as we, too, are kept in the dark in regard to all of these matters. It turns out that the challenge is the circus itself, designed specifically as a battleground for the two magicians and the challenge is basically to create additional tents of merriment and delight. That's it. No showdowns, no dramatic monologues, no tension, no pounding of wizard staffs, no ruthlessly executed tactical maneuvers. It's just "I think I'll make a pretty, pretty ice garden" followed by "Oh, he made a pretty, pretty ice garden. I think I'll make a really nifty wishing tree" and on and on it goes, where it stops nobody knows . . . or cares. To completely suck any tension out of this scenario, the two fall in love, which only heightens their disinterest in playing out the game. Their moves and countermoves actually become hidden messages to one another, tributes to the love that will never be.

All of this is not to say that I hated the book. I liked it and I could certainly appreciate the beauty of the descriptions. Some have compared it to Neil Gaiman, which I disagree with as Gaiman would have infused the story with sinister undertones, clever word play to catch the reader off-guard, and a gothic feel. What the book really needs are two magicians who know exactly who they are fighting and why they are fighting--and both of whom desperately want to win. Without that, it's just a tower of lovely icing that leaves you hungry for more than sugar and beauty in the end.
Posted by Amanda at 5:30 AM 2 comments: