THE GARDEN OF BLUE ROSES BY MICHAEL BARSA

The Garden of Blue Roses by Michael Barsa
My rating: 5 of 5 stars

”I didn’t trust his death. Father was an author. He was words. You can’t kill words---can’t lock them up and drive them off a cliff.” 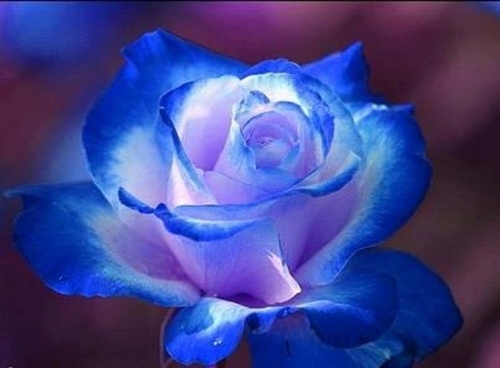 The Crane children were raised on tales such as Charles Maturin’s Melmoth the Wanderer, Bram Stoker’s Dracula, and Matthew Lewis’s The Monk. Not to mention the lurid tales of Edgar Allan Poe. The ”virus of fear” was planted in their lives early, and the tendrils of dread have spread into every nook and cranny of their brains, coloring everything they see with sepia tones of gothic gloom, creaking stairs, window rattling angst.

What is real? What is mere fabrication from a vivid imagination? I wonder about that all the time. Did I really see that, and more importantly, did I interpret what I saw correctly? The spectres of ghosts and the antics of hobgoblins often seem to dance and skitter about on the edges of my sight. A glimpse of something half seen is but fodder for speculation and the inspiration for quills of shivers to prickle my spine.

Those same quivers of unease frolic along the highways and byways of my neurons as I collect the pieces of this plot to assemble a portrait of insidious intrigue.

Klara, the daughter, attempts to leave. She marries and tries to have a life away from her father, away from the air of apprehension that smothers this house as words of terror trickle down from the attic where John Crane, The John Crane, works on his next creature born of midnight ink and ghostly paper. Klara fails to flourish... out there. She slinks back to the family hearth, bearing more unease than when she left, shattered by the knowledge that her world, once large, has shrunk to the confines of her father’s existence.

Milo, the maker of models, is the narrator of our tale. ”I blended flesh---cinnabar red, yellow, white, olive green---and dipped the brush’s tip. Now the final touch. To breathe life into my lips.” There are varying degrees of strange, and part of the intrigue of this novel is observing enough of Milo’s behavior to decide just how odd the young man is. He is an unreliable narrator, but at the same time, so compelling that I am continually convinced of his version of events. If we think of his life as a mirror reflecting his existence, there is a crack in the corner, and with every creak and groan of the Crane home, that fissure lengthens.

Everything is fine, well as fine as it can be, until Henri shows up. Klara has decided that she wants to build a beautiful garden in honor of their father and mother. She hires Henri, who proclaims himself a great artistic gardener, but he seems to have shed his past like a python casting off his old skin. Milo is naturally curious and concerned about the influence that Henri so quickly achieves over Klara. They are at war from almost the very beginning, a battle for Klara.

”I sent a whisper across his sweat damp back, an insinuated magical word:

I told myself it was a powerful word, one that Father always loved, with its shades of reverent and violent and malignant. Yet as soon as I’d uttered it, I realized my mistake. Because suddenly it was more than a word. More than a spoken one, I mean. I saw it hanging in the air like an invisible word cloud. What was happening? Henri turned and flashed his yellow teeth. Then the word was gone, bits of its dismembered letters dribbling down his chin. I saw a footless a, severed m, decapitated e. I backed up, moved a chair between us, a flimsy barrier that I was sure would do no good. Yet I clung to it for something tangible to hold onto.

Is this how a fictional character reveals himself?”

A character from his father’s novels keeps rolling around in Milo’s head like a guardian angel of mayhem. Keith Sentelle is/was a psychotic killer and not a role model for anyone. A talon tipped question leaps out of the shadows...who created Keith Sentelle? Was it The John Crane? Or was it Milo? And while we are on this subject, who wrote the...well, I can’t really go there.

I can’t trust what Milo perceives.

The flimsy wall between fiction and reality is perforated with large gaping holes, slashes and gashes, rips and tears, and monster spore litters the ground on both sides of the tattered remains of the ramparts.

”...there was Henry walking through a greenhouse in a loose tan shirt with rolled-up sleeves. I gripped the chair’s leather arm. But I couldn’t look away---my curiosity was aroused. I found myself searching for stitches, scars, rivets---signs that he’d been made---or the unholy aura of a creature summoned from another world.”

Was the death of the Crane parents an accident?

There are so many questions that wiggle their way through this plot. I hunted those questions with a knife, trying to pin them to the floor or to the door or to the ear of a whore. I was careful not to sever them, or one becomes two. Answers are untrustworthy. These words, paragraphs, pages must be read with a spry mind. One cannot remain naive and hope to find a path back to reality.

I’ve seen that people are starting to compare this novel to the works of some of the great psychological horror writers, and they are right in doing so. Michael Barsa has written a brilliant novel with so many beautiful layers. I would read, ponder, and carefully consider all the suggestions of what has been dangled before me before I would read more. Rarely does this occur to me anymore, but my first thought after finishing this book was...I need to begin reading this book again. Barsa gives many nods to those writers who have come before him and I hope he continues to write in this genre. Gothic tales have always been a favorite of mine and I can see Barsa carving out a new genre...modern gothic.

Posted by JEFFREYKEETEN at 4:09 PM No comments: