A Racketeer with an Ace Up His Sleeve 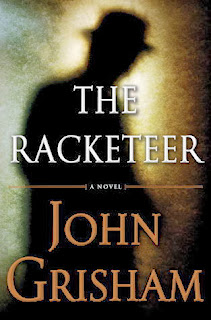 When a federal judge named Raymond Fawcett is found murdered in his isolated mountain cabin, mysteries abound. The most important question is why did a judge of very modest means need the large state-of-the-art safe that was found hidden behind a bookcase?

Not surprisingly, the safe is now empty. The judge's young secretary who was found murdered beside him, had been tortured before she was killed. the assumption is that the killers tortured her to force the judge to open the safe before killing the two of them.

Since Fawcett is only the fifth active federal judge ever to have been murdered, the F.B.I. assembles a huge task force to track down the killer or killers, but the task force is virtually at a standstill. No one has any idea what might have been in the judge's safe and the careful killers left no trace of themselves behind. There are no witnesses, no clues of any kind, and no real suspects.

Meanwhile, not far from the crime scene, disbarred attorney Malcolm Bannister sits in a federal prison camp near Frostburg, Maryland, with five years left on a ten-year stretch. Bannister is actually an innocent victim who got caught up in a net thrown by an ambitious prosecuting attorney who abused the RICO statues to convict him. Naturally Bannister is unhappy, but he now has an ace up his sleeve because he knows what was in the safe and who killed Judge Fawcett to get it.

Through the warden, Bannister contacts the F.B.I. and offers to make a trade: his freedom for the information he alone possesses. His offer sets off a great game of cat-and-mouse between Bannister and the authorities. As usual, Grisham keeps you turning the pages, one after another, and the first half of the book is especially gripping.

My only complaint about it is that the second half doesn't really live up to the promise of the first half. There's a significant turn in the action that occurs about halfway through and from that point on the action gets a bit sluggish and the book starts to feel like it's gone on perhaps a bit longer than necessary. But that's a relatively minor complaint; this is a fun read and a good way to spend an evening or two. It also raises some chilling questions about the way in which federal authorities may use and possibly abuse their powers. At a time when the news is focused on the ways in which the NSA and other government agencies are tracking our phone calls, e-mails and other activities, this theme takes on an added relevance.(
Posted by James L. Thane at 1:39 PM No comments:

Operation Mincemeat: How a Dead Man and a Bizarre Plan Fooled the Nazis and Assured an Allied Victory by Ben Macintyre
Reviewed by Jason Koivu
My rating: 4 of 5 stars

When a dead man becomes a highly effective spy, fools the enemy and helps win a war with the world in the balance, well, that sounds like something James Bond writer Ian Fleming would concoct. Oh wait, he did.

To be specific (and more correct), Operation Mincemeat, a plan devised by Britain's intelligence agency MI5 to convince Germany that a southern attack on Europe via the Mediterranean by Allied forces, was signed off on by Fleming, one of many in Britain's spy ring.

Though Fleming may not have been top dog, he was what drove me to this bizarre tale. Certainly, there was an interest in the story itself, but I also wanted to hear about those familiar names of history, literature and even the culinary arts (even tv chef Julia Child did her bit for secret service during WWII) that had a hand - underhandedly - in taking down the Axis powers. Ben Macintyre provides plenty of background information on these shadows. With the declassification of files, writer's like Macintyre are able to cast light on the actions of agents for both sides, and some of it is as exciting as any fiction you'll ever read!

Those of you into WWII spy craft may be familiar with Macintyre's other relatively popular work on the subject, Agent Zigzag. As of the writing of this review, I haven't gotten around to reading that one yet, but if it's as competently and enticingly written as Operation Mincement I'll be on it like a tail that can't be shaken.