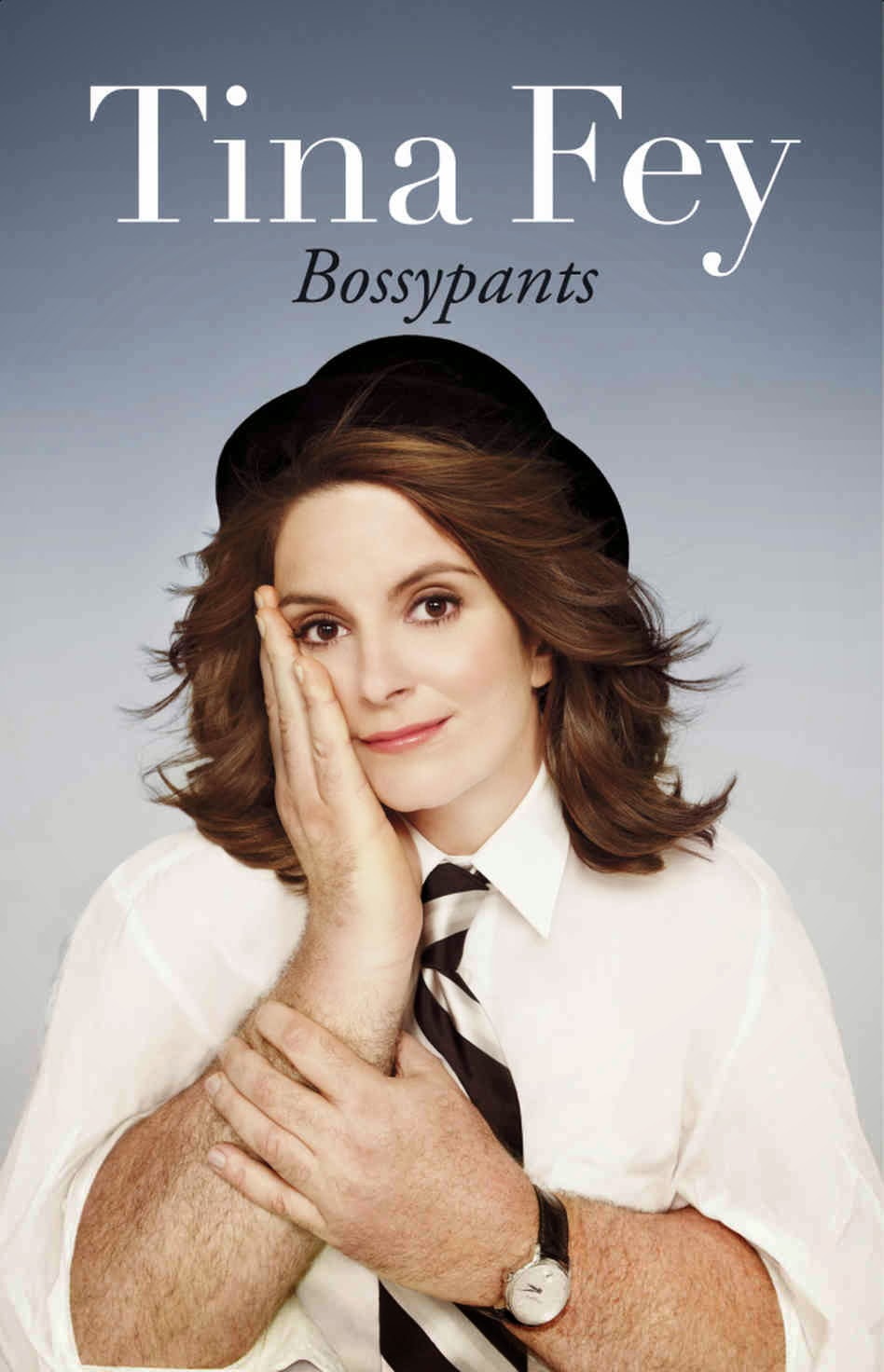 Listening to Tina Fey perform this book was much more enjoyable than reading it in print. I first read this back in 2011, and I liked it OK, but after hearing a friend rave about how much fun the audio was, I decided to give the CD a chance.

It was hilarious! Some mornings I was laughing so hard while driving to work that other drivers would stare at me. Tina Fey performs different voices and really sells the stories. One of my favorite chapters was about her father, Don Fey: "He's just a badass. He was a code breaker in Korea. He was a fireman in Philadelphia. He's a skilled watercolorist. He's written two mystery novels. He taught himself Greek so well that when he went to buy tickets to the Acropolis once, the docent told him, 'It's free for Greek citizens.'"

The story that had me guffawing to the point of being noticed by other motorists was about a weekend when Don Fey decided to rent a rug shampooer, but the machine seemed to be defective: "'Defective' was a big word in our house. Many things were labeled 'defective' only to miraculously turn functional once the directions had been read more thoroughly. If I had to name the two words I most associate with my dad between 1970 and 1990, they would be 'defective' and 'inexcusable.' Leaving your baseball glove in a neighbor's car? Inexcusable. Not knowing that 'a lot' was two words? Inexcusable. The seltzer machine that we were going to use to make homemade soda? Defective. The misspelled sign at the Beach Boys Fourth of July concert that read 'From Sea to Shinning Sea'? Inexcusable. Richie Ashburn not being in the baseball hall of fame yet? Bullshit. (Don Fey had a large rubber stamp that said 'bullshit,' which was and is awesome)."

The stories about her dad were part of Tina's larger narrative about how to raise an "achievement-oriented, obedient, drug-free, virgin adult." She lists Calamity, Praise, Local Theater, flat fleet, and Strong Father Figure/Fear Thereof. Tina also had great stories about her youthful adventures in a summer theater program, her experience with the Second City improv group in Chicago, and how she got her start on Saturday Night Live.

Tina is good at making fun of herself and her accidental celebrity status. There is an interesting chapter about the 2008 presidential election, when she famously portrayed Sarah Palin on several SNL sketches. Meanwhile, she was busy working on her show 30 Rock, and there was one particularly hectic week that Oprah Winfrey was going to appear on 30 Rock, which was the same day of Tina's first Palin skit.

"Saturday, September 13, I got up at 6 a.m. and filmed my scenes with Oprah at Silvercup Studios in Queens. She was great. She really does smell nice. And I got to hug her a lot in the scenes ... Between setups I sat with my daughter on my lap and watched Governor Palin on YouTube and tried to improve my accent. Oprah seemed genuinely concerned for me. 'How much rehearsal time are you going to get?' 'Do you have tapes of her to listen to?' 'You're going there right after this?!' (By the way, when Oprah Winfrey is suggesting you may have overextended yourself, you need to examine your fucking life.)"

Another favorite section of the book is when Tina shares her theory that the Rules of Improvisation can change your life. Put simply, the rules are that you should agree with your partner, and then build on it. This is known as YES, AND. "In real life you're not always going to agree with everything everyone says. But the Rule of Agreement reminds you to 'respect what your partner has created' and to at least start from an open-minded place. Start with a YES and see where that takes you... To me, YES, AND means don't be afraid to contribute. It's your responsibility to contribute. Always make sure you're adding something to the discussion."

Speaking of good discussions, I liked how Tina addressed the issue of women in comedy, and how she has dealt with various forms of sexism and ignorance in her career. She talked about how much things have changed since she first started at Second City and SNL, in that more women are getting roles on comedy shows.

One chapter that dragged was about her sitcom 30 Rock. Tina talks about her favorite jokes and episodes, and I think it would be boring for a reader who has never seen the show. The chapter was even boring for me, and I watched several seasons of 30 Rock.

But overall, this was a very enjoyable book to listen to. It is rare for me to recommend listening to a book rather than reading it, but in this case, I think the performance is better than the print.
Posted by DianeLibrarian at 6:00 AM No comments:

Doctor Who: Nothing O'Clock

Nothing O'Clock by Neil Gaiman
My rating: 5 of 5 stars

Now that the Time Lords are dead, the menace of the Kin is unleashed on the universe and has its sights set on Earth. Can the last Time Lord stop the Kin and put them back in their prison? Of course he can! He's the Doctor!

I've got a few Doctor Who stories under my belt and most of them are either on the low end of the good range or mediocre as hell. This one blows them all away.

Neil Gaiman, perhaps you've heard of him, has written a couple Doctor Who episodes over the years and is a lifelong fan. He's also written a few other things. In Nothing O'Clock, he crafts a story that's not only a very good Doctor Who short, it's a good story period.

The Kin is a creepy menace, born out of Gaiman's childhood of watching Doctor Who while hiding behind the couch. An animal mask-wearing time-traveling creature that's buying earth and rendering humanity extinct? Pretty creepy, especially if you ask him what time it is.

Neil Gaiman goes a long way toward redeeming the authors of lackluster Doctor Who stories before him. Five out of five timey-wimey stars.

Doctor Who: Devil in the Smoke

Doctor Who: Devil in the Smoke by Justin Richards
My rating: 4 of 5 stars

When two boys find a body inside their snowman, unwittingly uncovering a fiendish plot, they run for their lives. One of them, Harry, has the fortune to encounter Madame Vastra, Jenny Flint, and Strax, the Paternoster Gang. Can The Great Detective and her cohorts uncover the mystery of how the woman ended up inside the snowman and who killed her?

This short story features three of my favorite Doctor Who supporting cast members, Madame Vastra, Jenny, and Strax, in an adventure in Victorian London. They are well-written and true to their TV counterparts. Strax is just as unintentionally hilarious as he is on television.

The story proves to be much more complicated than originally suspected but the Great Detective is up to the challenge. More than once, I wished the powers that be would devote a Doctor Who special solely to the Paternoster Gang.

The only fault I can find with Devil in the Smoke is that it was very short. I'd gladly fork over some quid for a full length adventure featuring Madame Vastra and company.

Sontar-Ha! Four out of five stars.