George Sueno, Super Spy (Or Not) 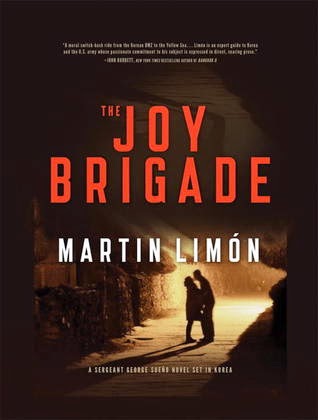 
This is the eighth entry in Martin Limon's series featuring U.S. Army Sergeants Sueno and Bascom, and the first of the books that left me only lukewarm.

The series is set in South Korea in the 1970s. Sueno and Bascom are army detectives; their job is to investigate crimes involving American soldiers and also to ensure that the American forces in South Korea are never embarrassed. For the army brass, the second half of the job description is much the more important, but Sueno and Bascom are always much more interested in finding the truth, irrespective of how the army might look when their investigation is concluded.

Sueno and Bascom are great characters; Sueno is more cerebral while Bascom is more physical and so they make a terrific team. Their investigations area always great fun to follow, especially when they run afoul of their army bosses and their counterparts in the Korean police forces. Most important is the setting, which Limon brilliantly re-creates in book after book. The reader always feels as though he or she had been dropped down in the middle of South Korea to watch the events unfold first hand.

For whatever reason, though, this book deviates from the pattern established in the series in a number of ways, none of them for the better. To begin with, Sueno carries the story alone, and Bascom makes only a very brief token appearance. The interaction between the two is one of the great strengths of these books and it's missing altogether here.

Beyond that, this isn't even a crime novel; rather it's a spy thriller and only a moderately successful one at that. The premise of the book is the belief that the Great Leader, Kim Il-Sung, is determined to launch a military offensive against the South to unite the two halves of Korea before he hands control over to his son, the Dear Leader, Kim Jong-Il (and, as David Letterman would say, his brother, Menta Li-Il).

Rumors are circulating that there is an ancient map depicting a series of tunnels that run beneath the DMZ and that could be used as a secret passage through which the army might move men and equipment into the North behind the front lines established by the North Koreans. Sueno is sent on a secret mission into North Korea to find the map, check out the tunnel route, and report back.

The story that follows is completely implausible. Sueno, who speaks no Romanian, is smuggled into North Korea disguised as a Romanian military officer. His job is to infiltrate the North Korean military as an officer of a fellow Warsaw Pact nation. He faces one complication after another, and manages to barely escape each only by the skin of his teeth. After about the fifth or sixth time this happens, the reader is simply left shaking his or her head in disbelief, which simply cannot be suspended.

The book is saved to some extent by Limon's excellent rendering of the Korean Peninsula, it's people, society and culture. As always, this is very entertaining, but for me at least, this book lacked the charm, humor and believable intrigue that has characterized the series up to this point. I'll be very relieved to get on to the next book in the series wherein, I hope, Sueno and Bascom will be back on the job together, doing what they do best, policing the mean streets of Seoul.
Posted by James L. Thane at 12:05 PM No comments:

Fear Itself by Walter Mosley
Reviewed by Jason Koivu
My rating: 3 of 5 stars

I'm not a black man. Walter Mosley is, so I assume he's writing from experience and knows what he's talking about. As such, it's nice to read crime drama/detective stories with well-round portraits of black men and women, men and women that the reader can believe in.

Having said that, I didn't know what the hell was going on for half the time in Fear Itself. Now, part of that was intentional. Mosley held the old wool over my eyes for a while on purpose. On the other hand, there were times when the action and dialogue got somewhat muddied up, and I don't think that was intentional. This was not the strongest narrative story the author's ever composed, that's for sure.

It does have its strong points though. The Southern California setting description is enjoyable for someone like myself who's spent some time there. The eccentrics that pop up are delightful distractions.

Here's a point which I'm not sure falls under strong or weak point: the main character. The diminutive and mild-mannered Paris Minton, a bookshop owner, is no hero. In fact, at times he's a coward. However, when the chips are down, the man stands up. The anti-hero is all the rage in literature these days, but the Paris character doesn't feel like a bandwagoner. He seems like the genuine article underdog. He feels realistic. He doesn't always do the right thing. He wants to do the right thing, but he's generally more concerned for himself. I'm kind of disgusted by him at times. All that may have even lessened my overall enjoyment of the book, but by god, I respect Mosley for that!

If you haven't figured it out by now, I like Walter Mosley. From what I've read, his books may not go down amongst the great literary works of our time. They should, however, be considered as valuable in their own right.