The Pigeon Tunnel: Stories from My Life by John le Carré
My rating: 5 of 5 stars

”These are true stories told from memory--to which you are entitled to ask, what is truth, and what is memory to a creative writer in what we may delicately call the evening of his life? To the lawyer, truth is facets unadorned. Whether such facts are ever findable is another matter. To the creative writer, fact is raw material, not his taskmaster but his instrument, and his job is to make it sing. Real truth lies, if anywhere, not in facts, but in nuance.” 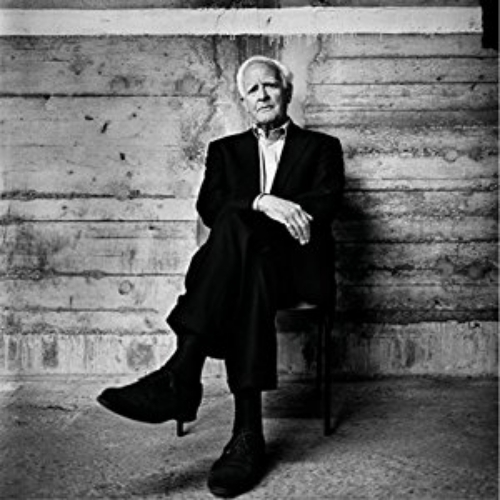 I’ve had many discussions over the years about the blurred, wiggly lines that separate truth from fiction. People who only read nonfiction and look down their noses at novels because “they are made up” don’t seem to grasp just how perilous it is to call anything nonfiction. Memory is threaded with lies. The victors write the histories, and without the other perspective, the truth is like dough. It can be molded, flattened, and turned into any shape the writer wishes it to be. Even with many perspectives, the truth morphs and changes as each tells the other what they saw. We can make people remember things differently. I, for one, do not trust any of my memories completely. I know how good I am at selling myself the best version or even a much worse version of any event.

Sometimes it is imperative to forget details, to blur what happened into more palatable memories.

Fiction is as true as fact. The uncertainty of memory plagues every writer trying to assemble the “facts” of his life.

In the case of John le Carre, that might be even more so. As we read these vignettes, he introduces us to some of the real people he has met who have inspired the characters in his books. His father looms large across the pages of his books, but like le Carre did in this memoir, I’m going to boot Ronnie to the end of this review. It is almost impossible for a writer not to write himself into books. We see versions of David Cornwell (John le Carre’s real name) in his fiction, sometimes striding boldly and sometimes much more subtly contained to the shadows. Each version must be, for him, like looking in a warped mirror made of words.

I didn’t expect le Carre ever to write an autobiography. He is 84 years old, so if he had always expected to write one, he certainly kicked that can down the road a long ways. He has continued to be remarkably productive in his twilight years. When I read his later works, I still marvel at his command of his characters and his fascination and interest in telling stories. He has not lost the ability to hold me enthralled.

It would be impossible for John le Carre to write a memoir without addressing his relationship with Graham Greene. The Tailor of Panama is an ode to Greene’s Our Man in Havana. Greene’s books were a springboard for le Carre’s creativity. In this book, he tells a story about Greene during the war wanting to use the code word for EUNUCH in a dispatch back to headquarters. He was invited to attend a conference, and he wrote back: ”Like the eunuch I can’t come.” That is vintage Greene. David Cornwell is probably a bit too straight laced to have done something like that, but for Greene it was just the thing to keep that smirky grin on his face.

I found the introduction so inspiring. As a guy who dabbles with writing, I thought he made several intuitive statements about writing. They are all still tumbling around in my head. ”I love writing on the hoof, in notebooks on walks, in trains and cafes, then scurrying home to pick over my booty. When I am in Hampstead there is a bench I favour on the Heath, tucked under a spreading tree and set apart from its companions, and that’s where I like to scribble. I have only ever written by hand. Arrogantly perhaps. I prefer to remain with the centuries-old tradition of unmechanized writing. The lapsed graphic artist in me actually enjoys drawing the words.”

Drawing the words... like sketching blueprints for a building or bridge or putting flesh on the bones of characters. It feels so hands on, like a mechanic up to his elbows in an engine with grease wedged under his fingernails. When a writer can bring words closer to himself, he can command them and build kingdoms that stretch the imagination to new boundaries. What can be discovered in the hallways of an inspired mind with just a #2 pencil and a pad of paper?

Richard Thomas Archibald (Ronnie) Cornwell was the father of the author. He was a conman. He knew the famous Kray Twins and was always chasing after the big score. He spent more than one jolt in jail, each time, of course, because of a misunderstanding. Women loved him, and men adored him. He was a charmer, a dreamer, a Lothario, and probably one of the strangest most enigmatic fathers a boy could have.

It was not unusual for David Cornwell to be pulled aside as he travelled from country to country promoting his books or researching the next one and be asked if he happened to know the whereabouts of his father. He would get calls asking for bail money from such far flung places a Zurich or Singapore. He had to be constantly pulled between loathing and loving his father with a healthy dose of embarrassment wrapped around both emotions. When The Spy Who Came in From the Cold hit big, Ronnie referred to the book as OUR BOOK and even ordered up a couple of hundred copies to sign and hand out as business cards. He, of course, charged the books to his son’s account.

At 84, Cornwell is still trying to come to terms with his father. He would love to know more about Ronnie and the sometimes diabolical schemes he tried to create out of air, much like a novelist realizing the twist he needs for his plot, but the truth, as David stated himself, lies in the nuances. If his father had been someone else, I have a sneaking suspicion we might never have had John le Carre.

I’ve read many of John le Carre’s books and will eventually read all of his books. Like a squirrel, I tuck his books like walnuts and save them for when I desperately need to be fed a perfect thriller. I wish him many more years of health and, along with that, the ability to keep putting pencil to paper. Interesting enough, I’ve noticed that some reviewers read this book and loved it without ever reading a John le Carre novel. Baffling, but at the same time, what a tribute to the writing. Highly recommended for John le Carre Fans or anyone.

Posted by JEFFREYKEETEN at 8:11 AM No comments: