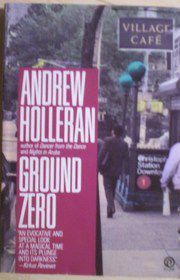 Andrew Holleran
Plume
Reviewed by Nancy
4 out of 5 stars

Angry, frightened, sorrowful, yet filled with caring and compassion, this collection of deeply personal and powerful essays ponders how the AIDS epidemic has changed life for gay men, especially those in New York City.


“Life’s a movie people leave at different times; the ones who remain get to see a little more of what happens next.”


I thought that 23 years after my friend Mark’s death from AIDS I would finally be able to read a book about the disease and those who perished without shedding a tear. It turns out I was wrong. As Anthony Rapp says in his brilliant memoir, Without You, “Grief does not expire like a candle or the beacon on a lighthouse. It simply changes temperature.” My tears didn’t flow like they did in those late days of Mark’s illness and subsequent stay in a hospice. The place was so homey and comforting, decorated with artwork and handcrafts, each room private, the staff and volunteers warm and caring, that for just a moment I was able to forget it was a place where men went to die. They just hung there in the corners of my eyelids, refusing to drop.

This is a collection 23 essays written during the height of the AIDS epidemic, also referred to as a plague.

“It is easy to be angry with God, or the virus, or the general arrangement of the universe in which a microbe takes man from the summit, the apex, of mammalian life to the nadir of bacterial existence, which changes him from a paragon a little lower than the angels to the doormat of every germ that comes through the door; nature’s punching bag.”


Holleran did a superb job portraying the fear and anxiety of the times and I enjoyed the vivid descriptions of New York and its colorful, gay inhabitants. He writes of the importance of friendships, the joy and freedom that comes with loving who you chose, the destruction of lives, the desperate search for cures, the grief of survivors, and the changes within the gay community.

“Nothing is so difficult for the human mind to accept as the fact that much suffering in life is random, meaningless, and in a sense completely trivial: the wrong place at the wrong time.”


Though Holleran is eminently quotable, I found his writing style lush and rambly at times. The long sentences and descriptive passages definitely suited these stories, however. They felt intimate, personal, poignant, and suffused with love for what was and hope for a brighter future.

“And because, most curious of all, most odd, most marvelous, the truth is none of them is really chilled by the assertion – each of them thinks he will escape, I suspect. As Freud also said, “No one really believes in his own death.”"


There were two essays about literary authors I have not read that felt out of place in this book (Henry James and Santayana), and were quite frankly, a little long and boring. The other essays are a treasure and grim reminder that we must carry on and enjoy what life has to offer.

“The fact that people die does not mean we stop talking to them. It may mean we start talking to them. Especially when the people who have been left behind feel guilty about the fact; baffled by the accident of their own survival.”


THE AIDS MEMORIAL
Posted by Nancy at 7:56 PM No comments: