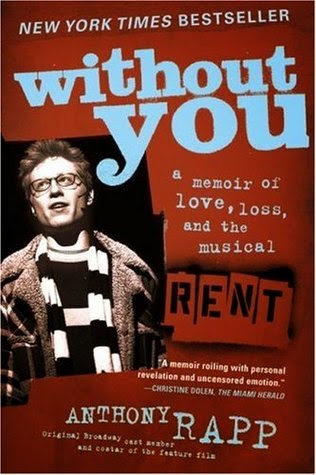 
Anthony Rapp captures the passion and grit unique to the theatre world as he recounts his life-changing experience in the original cast of the Pulitzer Prize-winning musical Rent.

Anthony had a special feeling about Jonathan Larson's rock musical from his first audition, so he was thrilled when he landed a starring role as the filmmaker Mark Cohen. With his mom's cancer in remission and a reason to quit his newly acquired job at Starbucks, his life was looking up.

When Rent opened to thunderous acclaim off Broadway, Rapp and his fellow cast members knew that something truly extraordinary had taken shape. But even as friends and family were celebrating the show's success, they were also mourning Jonathan Larson's sudden death from an aortic aneurysm. By the time Rent made its triumphant jump to Broadway, Larson had posthumously won the 1996 Pulitzer Prize. When Anthony's mom began to lose her battle with cancer, he struggled to balance the demands of life in the theatre with his responsibility to his family. Here, Anthony recounts the show's magnificent success and his overwhelming loss. He also shares his first experiences discovering his sexuality, the tension it created with his mother, and his struggle into adulthood to gain her acceptance.

Variously marked by fledgling love and devastating loss, piercing frustration and powerful enlightenment, Without You charts the course of Rapp's exhilarating journey with the cast and crew of Rent as well as the intimacies of his personal life behind the curtain.


I’ve wanted to read this for a while, but not before seeing at least the movie version of Rent. Off to the library I went and borrowed a copy of both film and book. I’m certain I would have appreciated this story, loosely based on Puccini's La Bohème, a lot more in its original version as a play, and had I been about 30 years younger. Back then I probably would have been able to empathize with a cast of talentless characters who wanted to succeed as artists, but who could barely keep a roof over their heads. Now, I just look at them with disdain and wish they would find a job.

If the characters were likable, I may have been able to forgive their flaws. They were miserable, whiny, self-indulgent, irresponsible and lazy. The story took place in New York, but nothing in the film reminded me of the city. The songs, while sung with passion, were loud and repetitive, and by the film’s conclusion, I could barely remember a single song or any of the lyrics. There are other films that deal with drug addiction, homosexuality, poverty and AIDS much more sensitively. Sadly, this was not one of them.

Even though I didn’t care for Rent, I enjoyed reading of the hard work, love, passion and joy that went into making the play.

“Chills shot up my arms and spine and the back of my head. I had never heard a song like it, especially in a musical; there was a directness and a simplicity and a groove to it that were thrillingly new to my ears. I felt everyone in the room lean forward into the music.”


Anthony Rapp, who played Mark Cohen in the play and film, wrote a very powerful, touching and honest memoir detailing his theater experiences, his relationships with cast members, family and friends, his sexuality, and his mother’s battle with cancer. Even if you haven’t seen, or are not a fan of Rent, this engrossing memoir is well worth reading. Anthony writes so candidly, openly and personally about his life and work, that I often felt I was sitting across a table from him rather than reading his book.

Also posted at Goodreads
Posted by Nancy at 2:26 PM