NO BEAST SO FIERCE BY EDWARD BUNKER

No Beast So Fierce by Edward Bunker
My rating: 5 of 5 stars

”I was going to war with society, or perhaps I would only be renewing it. Now there were no misgivings. I declared myself free from all rules except those I wanted to accept--and I’d change those as I felt the whim. I would take whatever I wanted. I’d be what I was with a vengeance: a criminal.

Society had made me what I was (and ostracized me through fear of what it had created) and I gloried in what I was.” 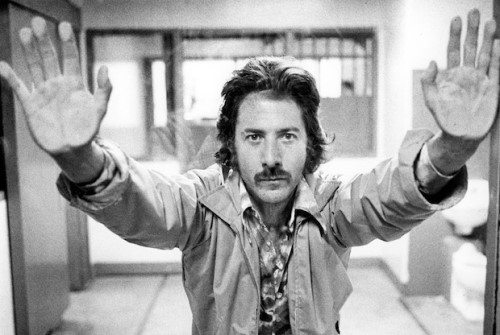 Dustin Hoffman is Max Dembo in the movie Straight Time(1978)

Max Dembo has a lot of reasons to hate society. The deck is stacked against him from the very beginning. He is just finishing an eight year hitch, and the outside world has moved on without him. ”A sense of unreality, so intense as to make me dizzy, swelled up. Everything was weird. The tinkling resonance of women’s voices, which I hadn’t heard in eight years was as alien as Chinese to my ears.”

Now that he is out on parole with $65 in his pocket, his primary concern is supposed to be to find a job, but of course, before he can even think about that, he has to find himself a woman. A soft, good looking woman will be great, but any woman will do. He tries to play the game as it has been dictated to him, but his ball busting parole officer doesn’t make it easy for him to even want to stay straight. Max may have paid his debt to society, but the striped suit of his incarceration is still itching in his skin like a tattoo that never heals.

Max may have been guilty, but he never felt the punishment fit the crime. We keep hearing these stories about people thrown in jail for long sentences who turn out to be innocent. We hear about nonviolent offenders who somehow end up in jail for decades. The whole system needs to be overhauled and reexamined. Why does the United States have more people incarcerated than the whole rest of the world combined?

”A jazz musician I knew had served ten years for possessing a speck of marijuana so small that it had to be placed in a jar of clear oil and floated so the jury could see it.”

We create career criminals out of people who have struggled to find and keep gainful employment. We make criminals out of people suffering from addictions. We need to intercede in young men and women’s lives when they first start to get in trouble. We need to deviate their path, instead of becoming resigned to thinking that they are already lifetime members of the system.

It’s WAY too late for Max.

Max is going to take down a big score and ride the wave for as long as he can. He knows he will be gunned down or caught and thrown back into the hole his life has been in for most of his life. He doesn’t care. He doesn’t see any other alternative. Before he goes down though, he is going to tell you his story.

”So I began this memoir, which became grinding labor, especially when it fell short of absolute truth. The lack is not through deceit, but because truth is difficult. Fools think truth is a simple thing, but I”ve found that it is hard. The facts I’ve written are real, but facts and truth are cousins, not brothers. I’ve imposed a rationality rather than exposed truth.”

Edward Bunker wrote this book as a novel, but it feels more like the genuine confessions of a career criminal.

For those struggling novelists who need a glimmer of hope, this is the sixth novel that Bunker has finished, but the first to be published. The style of this book, written in the first person, is as sharp as curled barbed wire and so compellingly authentic that I feel like I was caught up in a moment by moment docudrama of the life of an active criminal. Bunker makes sure every punch he throws hits the reader in the jaw or in the stomach, making his breath whistle out through his gritted teeth. You will wince. You will cringe. You will shudder. Bunker KNOWS what he is writing about; he spent a good part of his life in jail. He suffered through several bullshit convictions that put him behind bars for way longer than what sanity would dictate. The punishment should fit the crime! The anger that the fictional Max Dembo feels and expresses is mainlined right out of the veins of the writer. 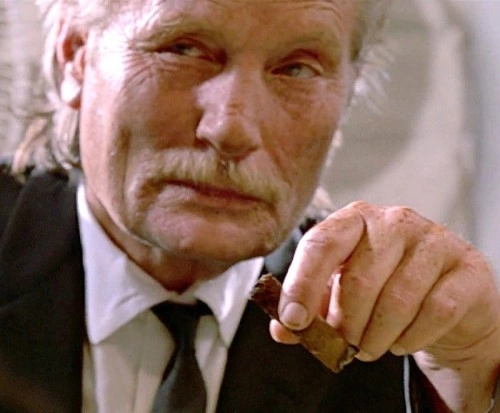 I was reminded that I needed to read Edward Bunker’s work when I rewatched Reservoir Dogs. I actually smiled with secret joy when I saw Bunker cast as Mr. Blue. Quentin Tarantino was a big fan of his novels and his screenplays, so it was a true Tarantino homage to have a real criminal/writer cast in his famous heist film.

”Edward Bunker was dealt a rotten hand at the beginning of his life, and his days thereafter were largely those of a victim in society’s brutalizing institutions. That he emerged from these dungeons not a brute but an artist with a unique and compelling voice is a tribute to his own invincible will, besides being a sweet victory by the artist himself over society and its contempt for the outcast.”---William Styron

To prepare yourself for reading this novel, you need to practice saying MOTHERfucker and motherFUCKER. ”The all-purpose word is ‘motherfucker’, serving as noun, verb, adverb, and adjective--it’s meaning depending on context and intonation. Remove this word from the convict vocabulary and prisons would fall silent.”

What are you looking at motherfucker? Go buy this frilling book!

Posted by JEFFREYKEETEN at 2:12 PM No comments: