The Devil in Moscow 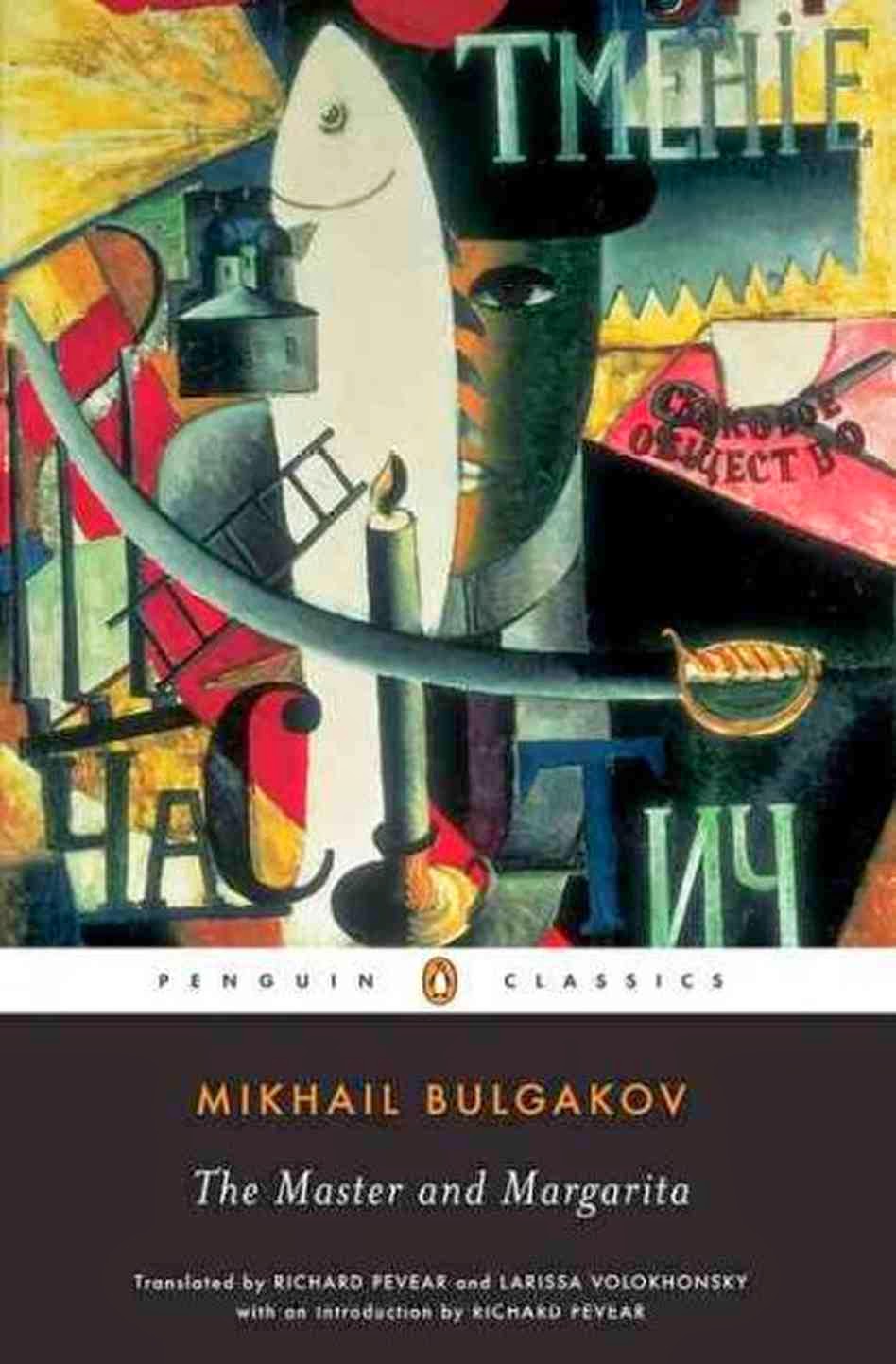 The Master and Margarita by Mikhail Bulgakov
1966
Reviewed by Diane K. M.
My rating: 2 out of 5 stars

What. The Hell. Was That?

This Russian novel was so wacky and schizophrenic that it gave me a headache.

I had never heard of "The Master and Margarita" until a book club friend said it was one of her favorites. It comes weighted with a lot of praise -- it is considered one of the great Russian novels and has been listed as one of the best books of the 20th Century.

I read a lot of glowing, 5-star reviews of this book, but I just didn't connect with it as others have. I didn't even like the book until page 217, which was when Margarita finally showed up. The second half of the book is definitely better than the first half, which really plodded along in places.

But I'm getting ahead of myself, so let's back up. According to the introduction, Bulgakov was upset about how Christ was portrayed in Soviet anti-religious propaganda, so he wrote a satire about what would happen if Satan suddenly appeared in Moscow. The novel pokes fun at the greed and pettiness of people, and at the rigid social order in Russian life.

While I did have a few giggles at the hijinks that ensue when the devil starts making mischief -- and there's a talking cat! -- there were also these frustrating flashbacks to Pontius Pilate in Jerusalem, which is what gave me a headache. And I'm getting another one just thinking about trying to summarize the rest of the story, so forgive me if I pop some aspirin and recommend anyone who is interested in this novel to read Kris' excellent review. She got way more out of this book than I did.

Bulgakov worked on the novel for more than a decade, but in several different versions because at one point he even burned the manuscript. (One of its most famous quotes is that "manuscripts don't burn.")

While I know enough about Stalin's oppressive regime to appreciate the creative protest that Bulgakov was undertaking, I think I would rather read a biography about the author than to ever reread "Master and Margarita."
Posted by DianeLibrarian at 7:00 AM No comments:

250 Things You Should Know About Writing

250 Things You Should Know About Writing by Chuck Wendig
My rating: 3 of 5 stars

The writing bug has been gnawing on my brainstem lately so I decided to pick up another writing book on the cheap. In 250 Things You Should Know About Writing, Chuck Wendig serves up 11 lists of 25 items each on various writing subjects. Yes, both Chuck and I realize that adds up to 275, not 250.

Since I've got to pad this review somehow, here is the list of topics covered:
- Being a Writer
- Writing a Novel
- Storytelling
- Character
- Plot
- Dialogue
- Description
- Editing, Revising, Rewriting
- Getting Published
- Writing a Fucking Sentence
- Writing a Screenplay

Chuck covers all these topics in style that's both informative and has the same sense of humor his blog posts have. So, if you don't appreciate his sense of humor, you're not going to be able to stomach this book.

As far as the writing advice goes, most of it is of the common sense variety. I found some of it useful but none of it revolutionary. It's not going to eclipse Stephen King's On Writing or Lawrence Block's Telling Lies for Fun and Profit. The entertainment value is very high for a writing book, though.

If you're a Chuck Wendig fan and need some writing tips, this will serve you well. It's not one of my favorite writing books but you could do a lot worse. And it's cheap. Three out of Five stars.

Off Season by Jack Ketchum
My rating: 3 of 5 stars

An editor goes to a remote cabin in Maine to get away from things and work on editing her latest assignment. When her boyfriend and a group of friends arrive, they think they're going to have a relaxing week. Instead, they get a night of hell!

As part of my continuing education in horror, I decided to give Jack Ketchum a chance. Off Season was one of the works suggested to me by the crew.

Off Season is a tale of feral cannibals setting upon a cabin full of city folk in the Maine woods. That's pretty much the entire plot. It's a combination of survival horror and gore horror, particular emphasis on the gore.

This is one brutal book, as is expected when cannibal feral hillbillies are on the prowl. Shocking, bloody as hell, and not for the squeamish. Seriously. If you're inclined to squeam at all, you'll be squeaming all over the place. People getting gutted and eaten, raped, chewed up, you name it. Have I yet conveyed how much revolting stuff happens?

At the end, I wouldn't say I liked it but it was powerful and engaging. Ketchum doesn't just cross the line, he covers it with blood and intestines and drags it for a couple miles through the woods. Three out of five stars. I'm willing to read another Ketchum book but it'll be a while.