THE STRANGER BESIDE ME BY ANN RULE

The Stranger Beside Me by Ann Rule
My rating: 5 of 5 stars

“And, like all the others, I have been manipulated to suit Ted’s needs. I don’t feel particularly embarrassed or resentful about that. I was one of many, all of us intelligent, compassionate people who had no real comprehension of what possessed him, what drove him obsessively.” 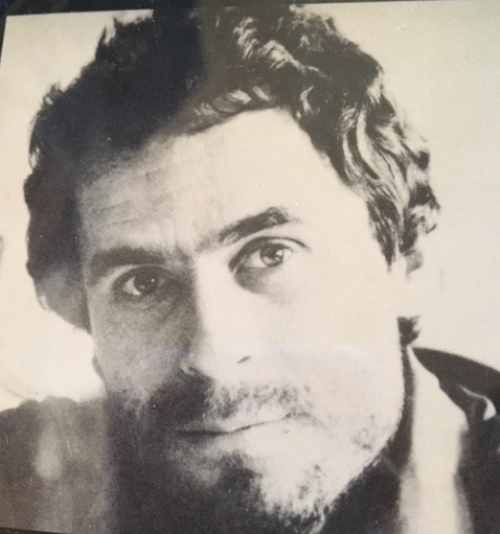 Would you trust this man?

Comparisons could be made between Lois Lane and the writer Ann Rule. She was caught in the middle of a bizarre set of circumstances that was quickly becoming a nightmare. Someone she considered a friend was being accused of things that she simply could not comprehend. Even with her years of work in law enforcement, she still had trouble believing what was being said about Ted Bundy. I was a bit surprised to read that she was not embarrassed that she had been so fooled. If Dr. Spock is right, maybe something on a more subconscious level was keeping her from accepting the truth.

Rule worked with Ted Bundy at the crisis center in Seattle, answering the calls of those in desperate need of help. Knowing what we know now about Bundy, I wonder if he didn’t work there just to feed on the pain of others. He made an impression on Rule, just like he did on most of the people he came into contact with. He was personable, charismatic, extremely good looking, and intelligent. In her mind, he was a substitute for her younger brother who had passed away. It was the beginning of a long friendship that never wavered, even as more and more evidence was turning slivers of doubts into shocking realities.

”A sexual psychopath, according to Dr. Jarvis, is not legally insane, and does know the difference between right and wrong. But he is driven to attack women. There is usually no deficiency in intelligence, no brain damage, or frank psychosis.”

Whatever we may have in our mind of what a sexual deviant is, Ted Bundy did not fit that profile. He didn’t have a scar bisecting his face or a hunched back or a withered arm or bristling insanity twisting his features. To most women, if King Arthur were to take off his helmet, they would want him to look like Ted Bundy. He was well spoken and appeared about as harmless as a man 6 ft tall and 160 pounds can look. He was above suspicion. 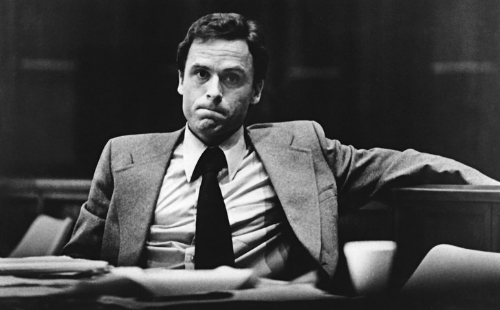 Bundy looked more like a lawyer than his lawyers did.

Bundy was in fact one of the most dangerous humans to ever walk the planet. He was born lacking one key ingredient, a conscience. Interesting enough, he played on the conscience of his intended victims. He tricked them with a fake broken arm in a sling, a leg cast, and other things that would lower their defenses even further. He had a knack for finding those women most vulnerable, the weakest, and separating them from the pack.

He was a merciless predator.

There is speculation that he killed over 38 women, but there are others that believe that the number could be well over a 100. All of his victims were beautiful, talented women who just happened to part their long hair in the middle.

We always want to understand the criminally insane as if that will give us the keys to protecting ourselves from them. Unfortunately, psychopaths like Bundy blend with us as if they belong with us, but the truth is there is no rehabilitation for someone like Bundy. He is controlled by his darkest desires, his midnight obsessions.

I’ve always found Bundy to be one of the more unfathomable of the pantheon of serial killers. It was as if he found his victim’s beauty an affront against his own existence. He was so cold, calculating, and brutal. He was a rising star in the Republican party in Washington state. He even had a gig driving the governor of Washington around for awhile. He was a man with all the tools to become governor himself.

I have to give Rule props, though. She admitted to her own naivety. Her disbelief in the face of insurmountable evidence was in some ways frustrating to me. Even with her professional law enforcement experience, she struggled to bring herself to believe that the man she had thought so much of was also a homicidal maniac. There is something very human in her reaction. She was a loyal friend. She believed in the man that Bundy was supposed to be.

He wanted to tell her. ”’There are things I want to tell you...but I can’t,’ was there something I could have said that would have allowed him to talk to me then?”

Bundy left a string of bodies in Seattle, Salt Lake City, Aspen, and Tallahassee. He escaped from prison twice which led to more tragedies. His compelling need to kill was too strong to be put on hold even when the very best thing he could do was give himself a new name and blend back into the population again. 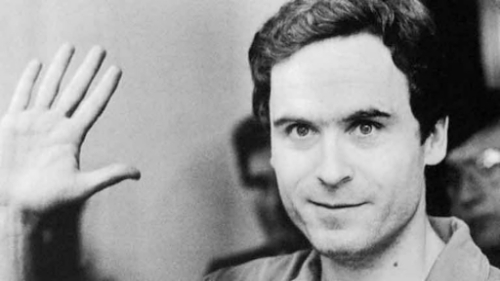 Ted Bundy, always the showman, waves to the press.

Ann Rule probably had one of the more unique views of a killer I’ve ever encountered. Her account is honest and thorough. You will know Ted Bundy at the end of this book. You still won’t understand him. The fears you have of evil will never be manifested on the faces of the perpetrators. They are hidden beneath the skin. It is something dark inside them that writhes in the place where the soul is supposed to reside.

Posted by JEFFREYKEETEN at 8:13 AM No comments: