American Gods by Neil Gaiman
My rating: 5 of 5 stars

“‘I read some book about brains,’ she said. ‘My roommate had it and she kept waving it around. It was like, how five thousand years ago the lobes of the brain fused and before that people thought when the right lobe of the brain said anything it was the voice of some god telling them what to do. It’s just brains.’

‘That back then people used to run into the gods from time to time.’” 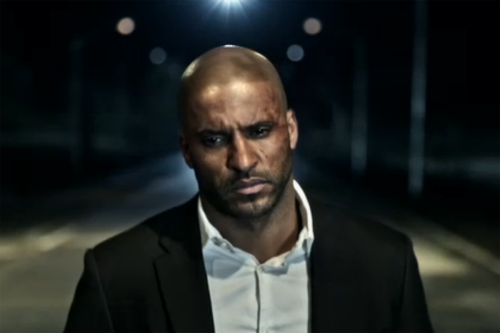 There are few experiences that will teach someone more about himself better than going to prison. It is a microcosm. It is like shoving the world into a shoebox. There are rules, not prison rules, but prisoner rules, and you better get them figured out in a hurry. It is one of the few places remaining where people really have to interact and deal with other people. Inmates learn how to cooperate, or really bad things happen.

Time keeps traveling at a normal rate outside, but inside the box, this minute is the same as the last minute, and when a person emerges from prison, it is like being dropped into a different world because his brain is still shackled in place, in whatever decade he first went into prison. A person spends a lot of time with himself in lockup. They become either a better version of themselves or a horrible twisted version of who they were supposed to be.

Shadow lost his temper and lost three years. He came out of prison probably a better person than who he was going to be. He learned to ignore the bullshit and focus on what was most important...living.

The universe is not done fucking with Shadow, not by a long shot. Prison is just the beginning, the burnishing of his character. He barely has made footprints in the dusty highway of his new life when he meets a god. Like it would with any of us, it takes a while for him to really believe he has met a god. This supposed god doesn’t glow or have a thunderous voice. He is abnormal, but in a kooky uncle sort of way, who besides being weird also happens to be a con man. He is frankly...kind...of...annoying.

Gods have fallen on hard times in America.

This god needs Shadow to work for him.

“The land is vast. Soon enough, our people abandoned us, remembered us only as creatures of the old land, as things that had not come with them to the new. Our true believers passed on, or stopped believing, and we were left, lost and scared and dispossessed, to get by on what little smidgens of worship or belief we could find. And to get by as best we could.”

Christianity commits deicide. The whole convert or die thing sort of makes pagans and what would be considered alternative religion types to quickly reevaluate their level of faith in the old gods. It is easier, after all, to focus on one god than figuring out the pantheon of gods they were trying to please before the first bedraggled priest washed up on the shores of their community. Christianity simplified faith. This left all the old gods, used to receiving tasty animal sacrifices, fresh fruits, virgins, bereft of not only sustenance but also...love.

We brought these gods to America with us and then abandoned them.

The new gods who are putting the final nail in their celestial coffins are the new deities, such as internet, media, and cell phones. They hurl insults like these: “You-you’re a fucking illuminated gothic black-letter manuscript. You couldn’t be hypertext if you tried. I’m…I’m synaptic, while, while you’re synoptic…” It is hard to be insulted by a compliment, isn’t it? These new gods are even starting to chip away at the strong foothold that Christianity has on the minds of the American people. If he doesn’t watch out, JC is going to be bumming rides from truckers on the interstate and hoping for the kindness of his former people, eyes focused like zombies on the screens before them, for a handout.

Not to mention the fact that Shadow has televisions asking him, ”Do you want to see Lucy’s tits?”

I’d explain that, but it is more fun for you to find out for yourself.

Needless to say, things are dire. 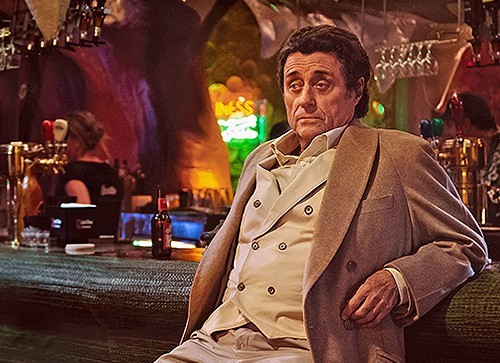 Shadow’s boss, Mr. Wednesday, you can probably figure out who he is, decides it is time to wipe the new kids off the block (a version of Titan vs Olympian) and seize the power the old gods so passively let slide through their fingers. Shadow is caught right in the damn middle of it. He is Odysseus in the midst of the Trojan War.

Shadow naturally asks himself, why me?

When Neil Gaiman first submitted this book for publication, his editor/publisher suggested that he cut 12,000 words out of the manuscript. If you are having deja vu feelings of The Stand by Stephen King, you are on the right fright frequency. Gaiman won a plethora of awards for American Gods, so how can you argue that the cuts weren’t a good idea? The thing is, those orphaned 12,000 words were still whispering to Gaiman, and when the decision was made to put out a tenth anniversary edition, he decided it was time to put the kids back with their parents. I would highly suggest reading the 10th anniversary edition. I do not feel the book is bloated. All the scenes are relevant to the larger arc of the plot. I would be nervous to lose the experience of reading any part of this book.

I was skeptical when I began reading this book. Gaiman introduces these gods from different cultures and does not exactly explain who any of them are, or at times he is even being cagey with their names. He is expecting a certain sophistication from his readers that is not only refreshing, but startlingly bold. I thought, in the beginning, that he has the Stephen King magic figured out with the easy accessibility of the writing and enough interesting factoids to make people feel like they are learning something as they work their way through the plot. He has those things, but he doesn’t just let us dog paddle on the surface of the water. He snags our ankles and thrusts us deeper beneath the waves to where things get dark, and we have no choice but to examine ourselves in the context of this story.

And what a pleasant surprise it has been.

”Fiction allows us to slide into these other heads, these other places, and look out through other eyes. And then in the tale we stop before we die, or we die vicariously and unharmed, and in the world beyond the tale we turn the page or close the book, and we resume our lives.”

With books like this, we resume a richer life.

Posted by JEFFREYKEETEN at 3:57 PM No comments: