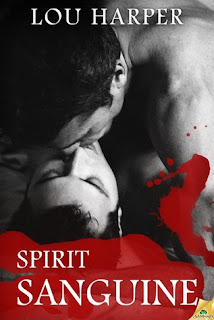 Is that a wooden stake in your pocket, or are you just happy to see me?


After five years in eastern Europe using his unique, inborn skills to slay bloodsuckers, Gabe is back in his hometown Chicago and feeling adrift. Until he’s kidnapped by a young, sexy vampire who seems more interested in getting into his pants than biting into his neck.

Harvey Feng is one-half Chinese, one-hundred-percent vampire. He warns Gabe to stay out of the Windy City, but somehow he isn’t surprised when the young slayer winds up on his doorstep. And why shouldn’t Gabe be curious? A vegetarian vampire isn’t something one sees every day.

Against their better judgment, slayer and sucker succumb to temptation. But their affair attracts unexpected attention.

When Chicago’s Vampire Boss makes Gabe an offer he can’t refuse, the unlikely lovers are thrust into peril and mystery in the dark heart of the Windy City. Together they hunt for kidnappers, a killer preying on young humans, and vicious vampire junkies.

However, dealing with murderous humans and vampires alike is easy compared to figuring out if there’s more to their relationship than hot, kinky sex.

Though Harvey Feng is potentially deadly, you’d have to push him real hard before you get to see that side of him. Most of the time, he’s just a sweet, friendly guy without a mean bone in his body. He’s also a vegetarian and a Buddhist who rarely drinks human blood, instead drinking a formula of his own invention. Even though he’s not a mean vampire, it didn’t take long at all for me to warm up to him. Harvey is adorable and funny, even during the grimmest of circumstances.

Gabe Vadas comes from a family of vampire slayers, but he’s having second thoughts about his profession. In spite of his doubts, his Uncle Miklos’ words, “the only good vampire is a dead vampire” help him to focus on the task of pursuing and killing the attractive, sexy vampire he encountered in a crowded Chicago bar. Gabe gets a taste of Harvey’s strength and agility and the merciful vampire lets him go. When Gabe uses the electronic tracking device in his jacket to locate Harvey again, he is nearly successful at killing him. Gabe is puzzled by Harvey, so different from the vile and aggressive “bloodsuckers” he and his uncle chased in Europe. Gabe’s life is further complicated when Harvey asks him to see a movie. He is strong and clever while he’s pursuing rogue vampires, but resistant to exploring his deeper feelings about Harvey.

Their story is divided up into three sections. In Seeing Red, Harvey’s and Gabe’s relationship develops. Though they are natural enemies, it is clear early on that they are smitten. Harvey learns a few things about Gabe’s past, and Gabe learns about the customs, behaviors and quirky habits of vampires. Harvey’s vampire friends, Stan and Ray, are introduced, as well as his cute, chatty friend, Dill, who badly wants to be turned into a vampire and ends up going missing. Gabe helps a frantic Harvey find Dill and winds up getting a job offer from Victor Augustine, Chicago’s head vampire.

In The Cheerful Corpse, Gabe and Harvey work together with Denton Mills, a pierced and taciturn man with a special knack for seeing how people died, to solve the murders of two willing vampire snacks. The mystery was satisfying and fast-paced, and I enjoyed seeing Gabe’s and Harvey’s relationship grow. Gabe shows how protective he can be, and both men have a slight possessive streak that made me laugh.

In Bad Blood, Gabe and Harvey’s investigation of mysterious deaths at a hospice lead them to the highest level of the vampire hierarchy in Las Vegas. Gabe starts to show his vulnerable side and their sexual role-playing becomes more intense.

This was a fun and satisfying story that kept me absorbed right up to the very end. I loved Gabe’s and Harvey’s very different personalities, their sizzling chemistry, the challenges they face, and the vibrant cast of secondary characters.

I very much look forward to the sequel.
Posted by Nancy at 1:11 PM No comments: