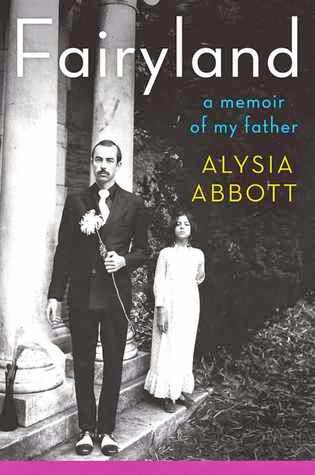 Alysia Abbott
W.W. Norton
Reviewed by Nancy
5 out of 5 stars


After his wife dies in a car accident, bisexual writer and activist Steve Abbott moves with his two-year-old daughter to San Francisco. There they discover a city in the midst of revolution, bustling with gay men in search of liberation—few of whom are raising a child.

Steve throws himself into San Francisco’s vibrant cultural scene. He takes Alysia to raucous parties, pushes her in front of the microphone at poetry readings, and introduces her to a world of artists, thinkers, and writers. But the pair live like nomads, moving from apartment to apartment, with a revolving cast of roommates and little structure. As a child Alysia views her father as a loving playmate who can transform the ordinary into magic, but as she gets older Alysia wants more than anything to fit in. The world, she learns, is hostile to difference.

In Alysia’s teens, Steve’s friends—several of whom she has befriended—fall ill as AIDS starts its rampage through their community. While Alysia is studying in New York and then in France, her father tells her it’s time to come home; he’s sick with AIDS. Alysia must choose whether to take on the responsibility of caring for her father or continue the independent life she has worked so hard to create.

Reconstructing their life together from a remarkable cache of her father’s journals, letters, and writings, Alysia Abbott gives us an unforgettable portrait of a tumultuous, historic time in San Francisco as well as an exquisitely moving account of a father’s legacy and a daughter’s love.


Last year at this time, I was reading lots of sweet romances with holiday themes. This year I was drawn to bleak, sad stories in books, movies and TV.

Though I wouldn’t say that Fairyland is bleak, there were some extremely sad moments that triggered old memories and made me tear up.

Alysia Abbott had a very difficult childhood. She lost her mom in a car accident when she was two years old and was raised by her father, an openly gay activist and writer. With the current rise in same-sex parenthood and the legalization of same-sex marriage in more than 30 states, I believe that Alysia would face much less social stigma today than she did in the 1970’s and 1980’s. In her later childhood and teen years, when acceptance is so important to young people, Alysia had a hard time fitting in.


As a small child I had no problem accepting Dad, in all his beautiful queerness. Whether in pants or a dress, he was still my daddy, the one who stirred my oatmeal with milk and honey, the one who pushed me on swings in the park each time I yelled “Again!,” the one whose lap quaked whenever he laughed his enormous up-and-down laugh.

But as I got older and became attuned to the world around me, I craved, more than anything, acceptance. His queerness became my weakness, my Achilles’ heel. Not only might it open me up to possible ridicule and rejection, it was something I could not contain. Fine, I thought, if Dad was gay, he was gay! But did he have to look so gay? And in public?

Though her father, Steve, had the opportunity to let Alysia be raised by relatives, he was adamant about raising his child on his own. Steve’s writing and editing work didn’t provide much money and he took odd jobs to provide for his family. He was very committed to his literary ventures and to the promotion of new writers, often at the expense of his own creative work. This dedication meant that Alysia had to fend for herself a lot. As difficult as her childhood was, in some ways I envied her life with a father who was open about his life and sexuality, was proud, political, and exposed his child to poetry readings and introduced her to writers. Other children grow up being babysat by the TV and live with parents who labor at jobs that may provide decent income, but no satisfaction.

So, yeah, Steve may not have been such a great parent and I would probably have been dead a long time ago if I had the freedom Alysia did, but I admire his determination to raise his daughter on his own and enjoyed reading Alysia’s account of her father’s life and work, his journals that documented her growing years, and her growth and sacrifice while dealing with her father’s AIDS diagnosis, subsequent complications and death in 1992.

I was enraged and sad all over again at the ignorance, stigmatization, and apathetic governmental policies that allowed AIDS to decimate the gay community. Steve Abbott, along with a huge number of writers, artists and other talented individuals were victims. It broke my heart to read of writer Sam D’Allesandro, his denial of his disease and refusal to get medical treatment. Just 31 at the time of his death in 1988, he was one of the first friends the Abbotts lost.

Reading Alysia’s story brought me back to the early 80’s and my anxiety about my younger brother, who had already begun frequenting gay clubs that had signs cautioning men about a mysterious “gay cancer”. I also thought of my best friend, Mark, who died of AIDS in 1995 at the age of 36 and I remember hearing of new drugs that came along too late to help him.

This is a story about life, loss, grief and the depth of a father’s and daughter’s love. It is a story about the New Narrative movement in San Francisco. It is also a glimpse of history and AIDS politics and a grim reminder that in spite of treatment advances and a change in attitudes, the AIDS crisis is far from over. Alysia’s story is honest, intimate, heartbreaking and frustrating at times. Father-daughter relationships, no matter how loving, are complicated and never easy to navigate.

I came across an article by Alysia in the November edition of Out magazine that mentions the people that re-entered her life since she wrote her father’s memoir.

It can be read here.

As she says, there is enough material to write another book. I hope she does.