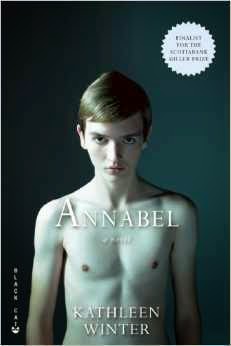 
A #1 best seller in Canada, award-winning author Kathleen Winter's debut novel is an intimate portrait of the family of a mixed-gendered child born into a remote, blue-collar sea-side town in Eastern Canada.

In 1968, into the devastating, beautiful landscape of Labrador, a child is born: a baby who appears to be neither fully boy nor fully girl, but both at once. Only three people are privy to the secret--the baby's parents, Jacinta and Treadway, and their trusted neighbor and midwife, Thomasina. Though Treadway makes the difficult decision to raise the child as a boy named Wayne, the women continue to quietly nurture the boy's female side. And as Wayne grows into adulthood within the hypermasculine hunting society of his father, his shadow-self, a girl he thinks of as "Annabel", is never entirely extinguished.

When Wayne finally escapes the confines of his hometown and settles in St. John's, the anonymity of the city grants him the freedom to confront his dual identity. His ultimate choice will once again call into question the integrity and allegiance of those he loves most.

Kathleen Winter has crafted a literary gem about the urge to unveil a mysterious truth in a culture that shuns contradiction, and the body's insistence on coming home. A daringly unusual debut full of unforgettable beauty, Annabel introduces a remarkable new voice to American readers.


There are not many novels that explore the lives of intersex characters in fiction, so I was thrilled to pick this up at the library.

Kathleen Winter is a gifted writer. Her beautiful words, vivid images and intimate details of family life totally absorbed and unsettled me.

What I was hoping to get out of this novel was insight into the life of Wayne, an intersex child born in Labrador. (I refuse to use the ugly word “hermaphrodite”). His father, Treadway, makes the decision to raise the child as a boy, while his mother, Jacinta, is unhappy about stifling Wayne’s female qualities.

Instead, this story focuses on the quiet rural life of Labrador, the long and lonely seasons where men hunted and women were confined to a laborious indoor life of cooking, scrubbing, and raising children. It also intimately explores the joys and difficulties of family life and how hard it is to raise a child who is different.

I like the complex relationship that Wayne has with his father. There are interesting secondary characters that enrich Wayne’s life, a few who make it very difficult, and a few who add nothing to the narrative. One of these characters, Thomasina, has been supportive of Wayne from the moment of his birth and I’m disappointed that she spent much of her time traveling.


When Wayne gets older, he learns the circumstances of his birth and decides to stop taking hormones. At this point in the story, Wayne should be having more of a reaction to this new knowledge and the changes occurring in his body. Instead, we are subject to a sensational medical crisis that seems improbable and important characters begin to fade away. Wayne becomes more distant as a character and it becomes even harder to understand what he’s feeling.

As soon as Wayne changes his name to Annabel, bad things happen. I won’t say more, but I am surprised at a female author using this to prove a character’s femininity. It’s cruel, it’s disturbing and it’s offensive.

I almost loved this book. Now I’m sad and I’m going to knock off two stars.
Posted by Nancy at 7:16 AM No comments: