A Hitman in Post-Apocalyptic NYC 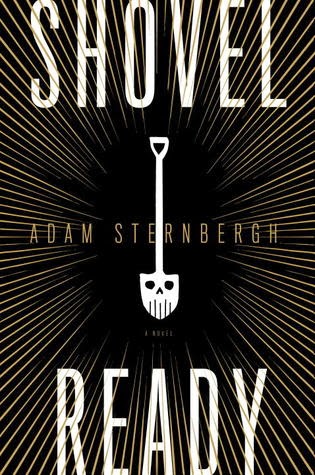 So Scary You'll Soil Your Toughskins!

The Mystery Of Chimney Rock by Edward Packard
Reviewed by Jason Koivu
My rating: 4 of 5 stars

The fifth volume in the Choose Your Own Adventure series gets an extra star from me for some genuinely spooky moments. Yeah sure, it's just a haunted house story about kids snooping where they shouldn't, but if you allow yourself to be drawn into the moment, you'll find that Edward Packard wrote some scenes with a little Hitchcockian aura about them. Nicely atmosphered, indeed!

The drawbacks of The Mystery of Chimney Rock are that the stories often end too quickly and also that it suffers on one or two occasions from assumptive inclusions. What I mean is that people and things are named as if you have prior knowledge of them, and perhaps the character does, but you the reader do not, so that's a little confusing.

WARNING!!!
If you plan on reading this book, stop now! Do not continue on, for there be spoilers ahead…

Here are the storylines I just read in prep for the review:

1) Refused to go into the haunted house again and again like a big old coward until finally the story came to an end. It was late when I started reading and I got scared...

2) Followed my braver cousin Jane into the Chimney Rock house. Ran into the old lady who apparently haunts it. She creeps about acting all creepy like a creep. I went looking for Jane in the attic and mysteriously ended up shrinking down to nothing.

3) Grabbed hold of my balls finally and went into the house before my female cousin. Found the old lady's cat and brought it home with me. Because of a claws clause in the old lady's will, since the cat accepted me as its new master I become the owner of the Chimney Rock mansion! (Notice how it went from a rotten old haunted house to a mansion? It's all in the eye of the beholder!)

4) Made it down into a wine cellar type place and then me and my cousin got buried alive. My 2nd least favorite way to die in real life. (First is having my face eaten off by a bat.)

5) Snuck upstairs and apparently gave the old lady a heart attack that killed her. The policeman on the scene essentially said, "Oh you kids" and lets us go free.

6) The disgusting caretaker let me into the house. I chased after the cat, found the maid and old lady, and end up giving her another deadly heart attack. Old people suck at life.

To Space And/Or Beyond!!!

Space and Beyond by R.A. Montgomery
Reviewed by Jason Koivu
My rating: 5 of 5 stars

My first ever Choose Your Own Adventure book. I was so excited to get Space and Beyond and to learn about the existence of these strange tales that you could control as the reader...so excited in fact that my review/rating is completely biased and should be taken with a HUGEMONGOUS grain of salt.

No offense to Montgomery, but this ain't Shakespeare. It is however good, light-hearted fun. And honestly, for kids, Space and Beyond delves into some relatively heady stuff, such as contemplation of the beginning and end of the universe.

1) I got picked up enroute by the Lodzots, negotiated a peace and ended a 3000 year old war.

2) I got caught up in some swirling gas, picked up by amoeba-like people...er, persons...thing?...helped them/it to find a new planet, went on a life-form collecting mission, was caught by a politician and made to live out the rest of my life on Earth as a curiosity.

3) Stuck around to study hippie philosophy, then went way back in time, turned into a Protosaurus for some unexplained reason, got chased by a T-Rex and then hung out at the dawn of man.

4) Attended research school, went back 62 million years into Mars' past to explore alternatives to a revolt happening there at the time.

5) Flew directly into a black hole and was never heard from again.

By Balloon to the Sahara by Douglas Terman
Reviewed by Jason Koivu
My rating: 2 of 5 stars

In By Balloon to the Sahara the plan is that you, your friends Peter and Sarah, and your dog Harry are going to take a balloon ride to France, but uh-oh, here comes a storm!

In my first adventure, that brewin' storm was fierce enough to force us into making the drastic decision of cutting into the balloon to get it to land asap. We crash-landed in the sea and got picked up by a submarine on the hunt for whalers. We joined and sunk many ships. What struck me as peculiar was that at one point I was given the usual two choices, but one of them went like this: "If you decide to fire the torpedo and sink the ship, turn to page 46 or 47." I've never seen that before in a Choose Your Own Adventure Book. (It's always been: If you choose this, turn to page X. Or if you choose that, turn to page Y. It's never: if you choose this, turn to X or Y. That's crazytown!) What it amounted to was a 50/50 chance between the same ending, one leaving me satisfied, the other leaving me wondering if I'd done the right thing. Odd, quite odd.

On my 2nd attempt, I decided we'd ride out the storm. We came upon some aliens wearing spacesuits that looked like futuristic beer barrels. We decided we didn't want to hang out with them, so we took them up on their offer to leave in peace…OOPS! They meant we'd "leave in pieces" WAH Wah waaahhh…..Laser blatted!(sic)

On the next adventure we landed on the North African coast, got chased in a cave by a stereotypical Arab horse-riding and scimitar-wielding nomadic tribe (probably meant to be Berbers, but there's no time for polite ethnic distinction here!), we found a scientist in a secret underground lair, who forced us to drink a potion that turned us invisible. We used our invisibility to escape, get home, sneak into movie theaters and sporting events for free and to become super sleuth police detectives!

I redid this cave scenario a few times, because there were three mysterious doors down there to choose from. Each led to many varied and whack-a-doodle adventures. In fact, this whole book is quite silly. D.Terman's writing is a bit cheeky: "But if the lure of the Sahara is too strong to stop your flight, put on some suntan lotion and drift south toward page 8." I once ran into a dude named Professor Hardly Wright. And also, I noticed a number of the path choices are recycled, meaning two variant adventures used the same path at some point. A little of that is okay, but too much of it weakens the 4th wall, making your choices seem more arbitrary, less important and certainly nothing special.

The work of stalwart CYOA illustrator Paul Granger on this one isn't as memorable as other books. Too many pics are dull and Hardy Boy-esque.

My confusion about everything that is By Balloon to the Sahara is maybe best summed up by the encounter in which I was attacked by a dude who looked like a medieval pirate/Germanic barbarian. He and his people were entranced by my friend's flashlight, like it was magic, and they worshipped us as gods. Isn't this story meant to take place in relatively modern times? What the frick is going on here? None of this everything-and-the-kitchen-sink weird randomness is explained. It just happens, making this an occasionally fun, but wholly inconsequential read.

Journey This Way Or That Way?

Journey Under the Sea by R.A. Montgomery
Reviewed by Jason Koivu
My rating: 3 of 5 stars

As a Jay Leno-esque, Chinny McStrongchin looking character, you are off to explore the depths of the ocean with hopes of finding Atlantis. Let's go!

On my first adventure I fought a ginormous squid, discovered an ancient Greek ship upon which was a map showing a tunnel to the center of the earth. I entered the tunnel and soon the water turned to gas and I had to dodge massive atoms. The world became a shade more psychedelic. Undefined presences surrounded me as I entered a thought world. I'd found Atlanteans! I stayed with them, studying for 1000 thought years and emerged to find the surface of the world quite different from when I left it.

On the next adventure I was quickly eaten by sharks.

I had another go, got saved by a dolphin (at this point I've noticed that there are a number of ways in which this book allows you to just give up), found and entered a grotto, which turned out to be Atlantis! I got a species-change operation and never returned to the surface again.

In my final adventure I took my little underwater craft down into a canyon, where I found another grotto and a submarine. Inside the sub I received instructions on how to get to Atlantis. I met some folks, tried to help them overthrow a tyrannical king, and in order to do so I suggested we put on a play, naturally. In a roundabout way it worked!

There are a bunch more endings, all of which look WAY more exciting than my adventures, if the illustrations by Paul Granger are anything to go by. There's some kind of wacky castle pool type thing, cyclones, whales, dudes wearing Kaiser helmets shooting lasers, a ghoulish scientist and more. If I'd come across any of that, this book would easily be four stars, maybe five!

And So The Choosy Adventure Begins...

The Cave of Time by Edward Packard
Reviewed by Jason Koivu
My rating: 3 of 5 stars

Struck with a touch of insomnia (I'm finally building my deck tomorrow and oddly it feels like Christmas!) I thought, what better time to read the classic first volume of the Choose Your Own Adventure series?

In The Cave of Time you are a kid, apparently with no name, on a hike. You come upon a cave you've never seen before. You venture inside and when you emerge shortly after it is a completely different time, and thus begins the adventure.

The pictures, by stalwart CYOA illustrator Paul Granger, made this one out as if it were going to be exciting. There's a medieval knight, the Great Wall of China, castles, a swamp monster, and in my travels I never came across one of these. I spent most of my time choosing either the left or the right tunnel, and somehow intuitively knowing all the while which one of those lead to the past and which to the future. Go figure. Anyway, here are the outcomes of the adventures I went on last night...

1) Went back to an Ice Age, met some cave people, migrated south and lived out my life with them.

2) Fell down a crevasse, met an old man who complained about being a do-nothing philosopher. Boo-hoo.

4) Jumped a train, found it was carrying Abe Lincoln, chilled with him while he wrote the Gettysburg address.