Getting to Easy Street Is No Easy Trick 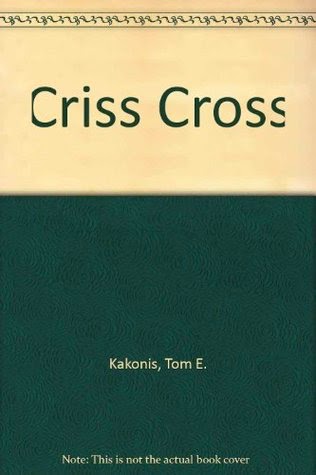 In this, his second novel, Tom Kakonis brings together a disparate cast of odd, strange and curious characters who come together very uneasily in the hope of making one big score. Principal among them is Mitchell Morse, a former college football player and ex-cop who's spiraled downhill to the point where he's now employed as a security guard at a Fleets superstore in Grand Rapids, Michigan, chasing down shoplifters.

Before being fired from his last job, Mitch had met a fellow security guard named Jean Satterfield. Mitch has not had a lot of success in long-term relationships, but he recognizes that Jean is a special woman who appeals to him in ways that most other women haven't. Once at Fleets, though, he meets a cashier named Starla Hudek. Starla is no great beauty, but there's a sexual energy about her that Mitch cannot resist and before long, he's juggling the two women and hoping that neither finds out about the other.

As this happens, Starla's husband, a bruiser nicknamed "Meat", is released after eight years in Prison. After all those years, Meat and his former cellmate, Ducky, are anxious to make a big score. Starla wants nothing to do with her husband and desperately wishes that she'd finalized their divorce while she had the chance. But Meat forces his way back into her life and you don't say no to a guy that large and intimidating.

Meat soon decides that knocking over the Fleets store where Starla works could be his ticket to a life of luxury. He connects with an alleged criminal mastermind named Kasperson whose job it will be to formulate the actual plan. Kasperson, at the moment, is posing as a doctor who specializes in reversing male baldness. The conspirators soon decide that they will need an inside man to help pull off the job, and Meat orders Starla to use her considerable sexual prowess to lure Mitch into joining the team.

What follows is an hilarious and entertaining romp, filled with double and triple crosses. Three million dollars is at stake here and with a score that large, you never know who you can trust. This is a book that should appeal to a lot of crime fiction fans, especially those who enjoy the work of writers like Kakonis's fellow Detroit author, Elmore Leonard.
Posted by James L. Thane at 12:46 PM No comments:

Not Quite As Wonderful As The Film

The Wonderful Wizard of Oz by L. Frank Baum
Reviewed by Jason Koivu
My rating: 3 of 5 stars

A wonderful tale for its time, this book has transcended its own intentions and exploded into an iconic creation that continues to instill its fans with cherished, lifelong memories.

Although I usually prefer the original books over their movie adaptions, I have to hand it to the film this time. The Wizard of Oz took the best from the source material and embellished what was missing, adding what they needed to in order to create a truly magical experience that has endured to this day.

The book and the movie are not the same. Yes, you'll find some icon elements from the movie in the book, but whereas the movie is about as tightly scripted as it gets, the book meanders and includes some completely unnecessary encounters.

Unnecessary and violent too! Killer bees, crows pecking out eyes and the tin woodman slaying dozens of wolves! Oh my! I read somewhere that Baum had intended this book to be an alternative to children's tales of the past, which often included some rather violent material. Either I've been misled or Baum's aim was off. The tin woodman's wasn't, I'll tell ya that much!

If the writing were a bit better these asides - that don't further the plot, but only enhance the adventure (not a terrible thing in and of itself) - could've been overlooked. Granted he was writing for kids, but Baum was also trying something new here and his tentative steps show it. The writing improves in future volumes, I'm happy to say!

Apparently more Oz stories had not been planned, but after a few years of The Wonderful Wizard of Oz being published, the letters being received from young female fans had become so numerous that Baum was compelled to turn this one-off book into a long series. We're lucky he did!

The Marvelous Land of Oz by L. Frank Baum
Reviewed by Jason Koivu
My rating: 4 of 5 stars

A straw king? Transgender issues addressed? What in the heck's a wogglebug? Heaven knows what's going on here, but I like it!

Strange though it may sound, I preferred this sequel over the first book in L. Frank Baum's Oz series, The Wonderful Wizard of Oz, from which most of Dorothy's famous story was drawn from to create the fantastic film The Wizard of Oz.

I'm beginning to think my reaction to the first book may have been prejudiced! You see, having only known the land of Oz from the movie, I was expecting that Oz, but that's not what The Wonderful Wizard of Oz is, not entirely.

After getting over that slight disappointment, I was able to relax and enjoy The Marvelous Land of Oz with its storyline completely unknown to me, its numerous unfamiliar characters and its delightful surprise ending. 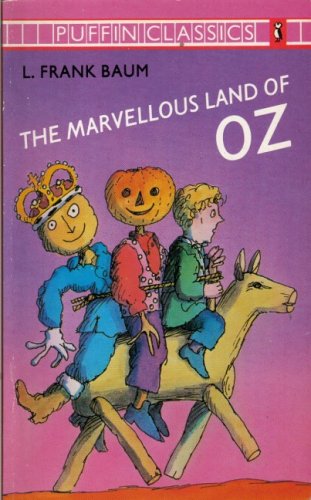 Just like the first book, the narrative follows a similar "road trip" path in which the principle characters must journey on and on, overcoming occasional obstacles on their way to save the day, all culminating in a very enjoyable adventure indeed!


A bit of the old under the microscope treatment...

One point I'll focus in on in particular was the sexism/feminism. For the time in which it was produced (pre-women's suffrage) I wasn't too surprised to see stereotypical depictions of women, or more specifically, girls. However, I was happy to see various forms of female empowerment balancing it out. That sort of sensitivity towards gender issues seems rare for its time. Perhaps I shouldn't be surprised. After all, Baum was writing with a female audience in mind, as that's where his fan base overwhelmingly lay.