Texas Ranger: The Epic Life of Frank Hamer, the Man Who Killed Bonnie and Clyde

Texas Ranger: The Epic Life of Frank Hamer, the Man Who Killed Bonnie and Clyde by John Boessenecker
My rating: 4 of 5 stars

“Texas bred tough men, and none came nay tougher than Frank Hamer. He was to the Lone Star State what Wyatt Earp was to Arizona and what Wild Bill Hickok was to Kansas.…Mexican smuggler, the Ku Klux Klan, corrupt politicians, the Texas Bankers Association, and Lyndon B. Johnson. His iron courage was forged in the flames of fifty-two gun fights with desperadoes. In an era when crooked police were a dime a dozen, he could not be bought at any price. Though a white supremacist of the Jim Crow era, he saved fifteen African American from lynch mobs. He was the greatest American lawman of the twentieth century.” 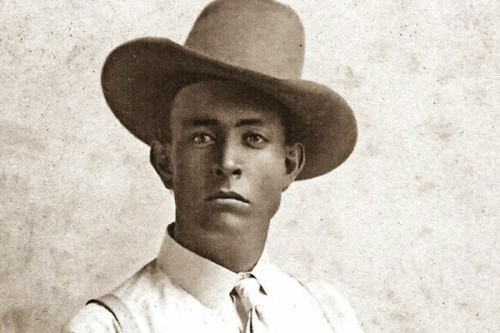 If not for Bonnie Parker and Clyde Barrow, nobody but Texas historians might have remembered Frank Hamer, Texas Ranger. The Barrow gang, between 1931 and 1934, robbed stores and banks across the Midwest and the Southwest. They killed at least nine police officers and numerous civilians in their reign of crime. They were lauded by the press and loved by the public. They were two poor kids from the urban slums of West Dallas. They were never going to be famous any other way than to become Bonnie and Clyde.

Barrow and Parker were running rings around law enforcement. They were on the move constantly and never stayed in one place for very long. They had an enhanced feral sense to know when law enforcement was closing in, and even when it looked at several points they might finally be trapped, they still managed to find a way to get away. By the time the state of Texas came to Frank Hamer to ask for his help in apprehending them, there were hundreds of law enforcement personnel who were already out looking for them. Frank Hamer was retired and running a successful security business for the oil industry, so the state of Texas had to put him on the payroll as a Special Investigator. The $130 a month was laughable, but this wasn’t about the money for Hamer; this was about nine police officers who were no longer going home to their families.

We all know how the tale of Bonnie and Clyde ended, but if you don’t know the story, it is compelling reading. I really enjoyed Jeff Guinn’s book Go Down Together: The True, Untold Story of Bonnie and Clyde. Guinn peels away the myth and glamour; and yet, even after being shown the warts and psychotic behavior, I still couldn’t help but feel an immense sadness for what happened to them on that road in Bienville Parish, Louisiana.

The memories of that day made Frank Hamer shift in his seat, too. He would talk about his other exploits, but he never wanted to talk about Bonnie and Clyde. ”Soon after the ambush, a publisher contacted him with a proposal to produce a book about his life. When he declined, the editor asked, ‘How much would $10,000 mean to you?’

Hamer’s blunt response: ‘No more than a Mexican dime.’”

Hamer was famous in Texas during his lifetime. His exploits were well recorded in the newspapers of the time. He was in fifty-two gunfights during his illustrious career, and he didn’t always emerge unscathed. Hard to say how much lead was still residing in the folds of his flesh, to be buried with him when he finally succumbed to the passage of time. Yes, even legends die, but their legacy can continue to live well beyond them. John Boessenecker took that part of the job very seriously.

The story of Hamer’s life was filled with near death experiences and derring do, but one of the most impressive things that I discovered about Hamer was his willingness to put his life on the line against angry white mobs intent on harming black prisoners. He did it time and time again. I shouldn’t have been so flabbergasted, but I must say that I was when I learned how often Texas mobs were still storming jails to perform acts of vigilante justice on accused black prisoners. I was well aware of all the atrocities perpetrated during slavery and even during Reconstruction, but it was frankly appalling to see how frequently it was still happening in the decades right after the turn of the century.

One situation, which will remain in my mind forever, happened in Sherman, Texas, in 1930. The Texas Rangers, including Hamer, were called in to protect a prisoner accused of raping a white woman. Thousands of people gathered around the court house, demanding that Hamer let them have the accused. He refused. They stormed the court house, and Hamer and the Rangers held them off by using their gunbutts to knock them back down the stairs. Hamer decided to lock the accused in the vault so that, if the mob did overcome the Rangers, at least he would have had a chance.

The mob burned down their own courthouse.

It wasn’t just the many wars we fought in the twentieth century that made it one of the bloodiest centuries in history. Texans must not have had much faith in their justice system or were too impatient to see punishment administered to those they thought were guilty. Hamer failed that day, but there wasn't much he could do against people who were willing to die to see the object of their hatred destroyed. These mobs weren’t burning a rapist. They were burning a black man who had the audacity to touch a white woman. They were carrying forward the torch of racism.

During the 1948 Democratic primary for a senate seat, Frank Hamer was called in to investigate election fraud. His friend, Coke Stevenson, was announced the victor with a 362 vote lead, but as the night continued, more votes started trickling in, and somehow Lyndon B. Johnson emerged the victor by 87 votes. Hamer realized very quickly from looking at the late returns that precinct 13 in Alice, Jim Wells County, was where the biggest flip happened. When he finally acquired the tally sheet (the precinct captain did not want to give it to him), he discovered that 765 votes for Johnson had be crudely turned into 965.

Despite discovering this outright fraud, Johnson was still seated as the victor. Needless to say, Hamer was furious.

How important was this election? Johnson wouldn’t have been in a position to be tapped by John F. Kennedy for the the vice president nomination in 1960 and probably would have never been president of the United States.

Boessenecker made a good case that Hamer was the greatest lawman of all time. Hamer found himself in numerous tight spots, and most of the time he came out on top. The author didn’t shy away from writing about the times that Hamer got it wrong or when he might have even bent the very laws he was sworn to uphold.

”One day he might be remembered as the greatest lawman of the twentieth century. But history can be cruel, casting a blinding light on some deeds while relegating others to the shadows of oblivion. In our collective memory, Frank Hamer still remains the man who killed Bonnie and Clyde. Perhaps this book can help restore him to his proper place in the American story.”

Posted by JEFFREYKEETEN at 10:24 AM No comments: