Havoc by Tom Kristensen
My rating: 5 of 5 stars

”Behold the man. But wasn’t it a lie to maintain that he had sought for the spiritual? He with his Mongoloid features? The infinitude and intractability of the soul?

Anyway what had come of it?

A ruined marriage and a lost job. Here he was. Brawling and broken window panes. Tawdry seduction and infidelity. Ridiculous conversion and a home gone up in flames. Hallucinations and havoc. And Ecce Homo! Was it a man who stood here? And whiskey, whiskey, whiskey!

I have longed for shipwrecks,
For havoc and sudden death.” 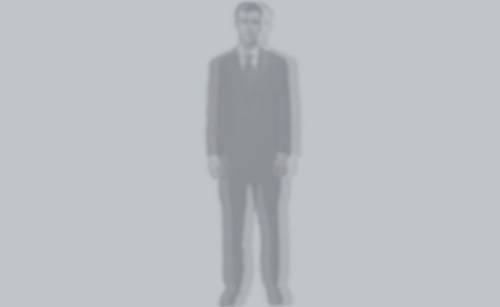 Ole “Jazz” Jastrau has a respectable job writing book reviews for the newspaper Dagbladet. He has an apartment, a wife, a child, and all the books he could possibly read. He has the same dissatisfaction that all people have, wondering if this is it. Is this all? These are mild concerns, but then two communist friends shove their way into the apartment, on the run from the police, and in the course of their discourse with Jazz, they shove wedges and crowbars into the cracks of his insecurities and make them into yawning chasms of all consuming rebellion.

He begins to drink too much.

His wife and child move out.

The books, his livelihood, piled about his apartment are oppressing him with their demands to be read. ”It was impossible to escape one’s fate. There lay the stack of review copies---waiting, waiting.” There are many of us reviewers who have suffered from a cacophony of imploring overtures, not only from new books and their anxious authors, but also the books from the past that still haunt us with their beseeching appeals for our attention.

”Yes, of course. He was going to resign. It was like peeling a whole layer of opinions from himself. He no longer wanted a steady job as a producer of opinions. Infinity---was that not what he was seeking? He wanted to be an infinite person, one who was initiated into the mysteries.”

Jazz is railing, in his own fashion, at the shape of the world. He doesn’t see what he gains from being a productive member of it, except increasing levels of responsibility and a growing distance from what makes life real.

Whiskey seems to be the quickest way to go to the dogs. If he becomes a drunken lout, little will be expected of him. He can focus on reaching the divine, which frankly, whatever that is becomes more and more muddled in his mind. Whiskey induced philosophical hallucinations of Jesus and Nietzsche lead to an ill-fated attempt by Jazz to convert to Catholicism.

Giving up the religion of economics to clutch at faith? Leaping from one blazing inferno into yet another?

In the introduction, Morten Høi Jensen sums up the novel perfectly. ”Havoc should come with a health warning. Tom Kristensen’s novel, about a thirty-something literary critic who loses himself in a maelstrom of drink, jazz, and sex, is one of the most disturbing and absorbing accounts of self-destruction in modern European language.”

There is music. ”This feeling was tempered somewhat, as it was by the jazz from the worn and scratchy records on the phonograph.”

There is drink, of which Tom Kristensen has firsthand knowledge. ”On more than one occasion, his nighttime exploits landed him in a cell at the local police station, where it was joked that Kristensen didn’t have enough blood in his alcohol content.”---Morten Høi Jensen

There is sex and the accompanying worry of disease. A woman by the name of Black Else keeps showing up, and despite warnings from his friend Vuldum that she is diseased, Jazz can not stay away from her. By attempting to avoid her, he just keeps finding her. After an unwise assignation, he sees her as a vision caught against the backdrop of a fire from across the street. ”...fiery shadows, bloody shadows. The naked female body floated upright but obliquely through purple waves, arms outstretched above its head. A greenish darkness lurking in the shadowy armpits. Black Else! Her breasts became so full in the reflections of the red light flickering on the yellow skin. Feminine curves. Just then a tongue of flame shot up across the way and ignited another curtain--an elongated feminine arm, a demanding feminine body, supple, alluring, devouring. A raging fire. Yes---a woman.”

There is seduction. Not by Jazz, but of Jazz by a married woman named Luise Kryger. ”The neck of the pajama top had fallen aside, and in the glow from the pink fabric one of her breasts, which had come to view, shone with a fresh and youthful charm, and the dark nipple caught his glance and fascinated him by its disproportionate size, so large was the brown aureola surrounding it.”

There is also the heady backdrop of Copenhagen pollution. ”Standing beneath this wide-open expanse they both instinctively drew a deep breath of cool evening air, seasoned with gasoline and perfume and the fetid odor of many people, to which was added the acrid aroma of metal and coal smoke from the subterranean railway---a slightly intoxicating draught of poisonous liqueurs that the big city had to offer in spring.”

This book has never been out of print in Denmark since it was published in 1930. There is a good reason for this, because the concerns of Jazz are the same concerns of the modern age. As society demands more from us for less in return, and we become aware of the true shambles our belief in the system has made for us, the urge to drop out becomes more and more appealing. There is a cautionary tale mingled with the booze, slutty encounters, and the “deviant” music that going to the dogs creates just as much anxiety as being a productive member of society. Hedonism certainly has some attractions, but the cost proved too high for Jastrau and, in the end, to be equally dissatisfying. Perhaps we all should do some unpeeling, but at a moderate speed so we don’t find ourselves face down in a gutter with a mangy critter licking our sweaty, whiskey swollen faces.

Posted by JEFFREYKEETEN at 12:36 PM 6 comments: