WILL WORK FOR DRUGS BY LYDIA LUNCH

Will Work for Drugs by Lydia Lunch
My rating: 4 of 5 stars

”But I’m too far gone now, too fucked up, too ill spent to really carry through. Shot to shit and forced to struggle against it. Broken down, battered. Used too much up. Nothing left inside my angel’s saving graces, that busted little cherub with dirty feet and greasy wings whose tender ruby-rich kisses have resuscitated so many burning embers and dying remains that I have become a mortician’s reanimator, stuck forever in a purgatory that so many dying men have come to rub their poison against.

Even my breath has become toxic. An aerosol taint of glue, sugar water, paint fumes, dead roses, and runoff. But young boys don’t know that yet. Don’t see it, can’t smell my true essence over the sweat of their own passion. Over the smell of their own vinegar, saltwater taffy, dirty towels, steam heat. They wouldn’t recognize it even if they did.”

I knew vaguely of her existence, but I never really saw her until she showed up to have lunch with Anthony Bourdain on what would turn out to be the last episode of Parts Unknown. We see people all the time. We may even read their books or watch their TV shows or catch them in a movie, but we don’t always SEE them. So when I say I “saw her,” I mean that I finally created space in my brain for her. She is part of the Jeffrey D. Keeten universe now. If Lydia Lunch were to read this, she would probably kick me in the nuts, tell me to Fuck off, and be mildly offended that in 2018 I’m finally acknowledging her existence. Violence, profanity, and a marshmallow center are all part of the essence of Lydia Lunch.

She was born Lydia Anne Koch, but that name really doesn’t mean anything. The name Lydia Lunch means something because she earned it. She got the name because she stole food to feed her friends. People would see Lydia coming and know that lunch was coming with her.

I will contest her statement in the opening quote that she is “shot to shit.” I don’t believe it for one second. She might be tired, but after watching numerous clips of her talking about numerous subjects, she is far from worn out. Her soul has been on the verge of drowning, but her indomitable spirit, I’m convinced, will always breaks the surface of the water. Even shipwrecked deep at sea, somehow she will wash up on shore.

When she was twelve, she was living with her pathetic dad, who liked to have his buddies over for poker night. ”By 9:15 they were all shit-faced. Drunk as fuck and squealing like the insufferable sex pigs that they were. I was forced to play waitress, barkeep, and Barbie doll. Keep their busted cups full of rotgut, the pickled pigs feet coming, the corn dogs warm, and smile like I meant it. Yeah, right...Give me something to smile about, assholes.”

The scene only deteriorated from there, after her father ran out of money, but even amongst the barbarity of this situation, she related the impending nightmare with threads of humor that made me feel uncomfortable. Hmmm, Lydia Lunch making people feel uncomfortable. That would be her stock in trade. 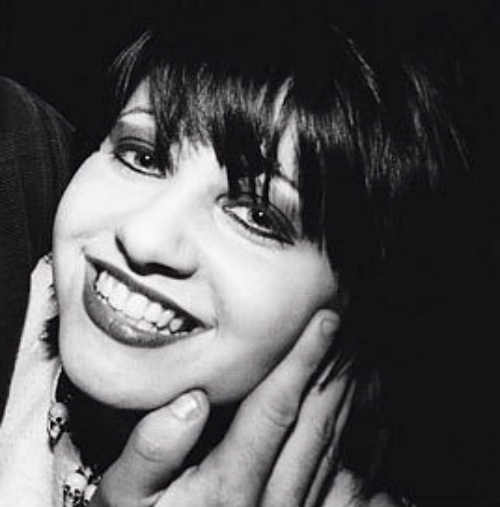 I had to look through a lot of pictures to find one of Lydia really smiling or is this the fake smile? The wattage is dazzling.

In the back of the book, she conducted some interviews with several writers, but the two I really enjoyed were her discussions with her friends Hubert Selby Jr. and Nick Tosches. Selby discussed why it took so long, ten years, for him to write his book The Willow Tree. Some writers reading this might really identify. ”I’d write for a few weeks, then one day I’d get up to go inside and write and I’d get close to the door, but something would just pick me up and throw me out of the room.” The writing spirits had deemed him unworthy or at least in the wrong frame of mind. As if to say, come back when you are really serious, Selby! Don’t waste our time!

Lydia Lunch: “What is a year overdue?”

Nick Tosches: “Garbage, complete, wretched, DRECK. I have to do two magazine stories, and then a book, and it’s all wretched dreck and I just need to work my way out to freedom. If I had the money I would just give everybody their money back and not do any of it. It’s too much.”

There was so much to unpack in this brief exchange. First of all, there was no way Tosches would be comfortable enough to be this honest with a normal reviewer but, given that he knew Lydia, she would truly understand that what he was talking about liberated him to just lay all his fears and anxiety right out on the cigarette scarred and wine stained table. Writers get asked to do projects they don’t want to do, as do most people in all professions. Writers are sometimes so desperate for money or validation that even a small roll of dough dangling before them will be too much of a temptation to resist. Nick freely admitted he was not the right writer for these projects, and then he was drowning in his own feelings of inadequacy.

The additional problem was that, with these projects hanging over his head, it was impossible for him to do the writing he wanted to do as well. The use of the word freedom resonated with me. He gave up his freedom, maybe too cheaply, and is now steeped in regret. So the moral of the story for writers is be careful about accepting money for projects for which they are ill suited. You know your capabilities better than the people offering the money, so don’t trap yourself in a project you are going to hate. On the other hand, if you are starving, take the fucking money.

This is a slender volume, and yet I could go on and on about about so many more things I found fascinating to think about. Keying on Elton John’s suggestion to get rid of all religions to have a chance at world peace, she took that thought a step further and suggested we should get rid of God. In typical Lydia fashion, cut the head off, not the tail. She made a very compelling argument. There are purple prose that feel over the top, but yet coming from her, they are merely part of her persona, and it would be unnatural for her thoughts to come at us any other way than as red hot, shotgun pellets that burrow and burn their way to the bone. ”An abstract portrait rendered in spunk.” 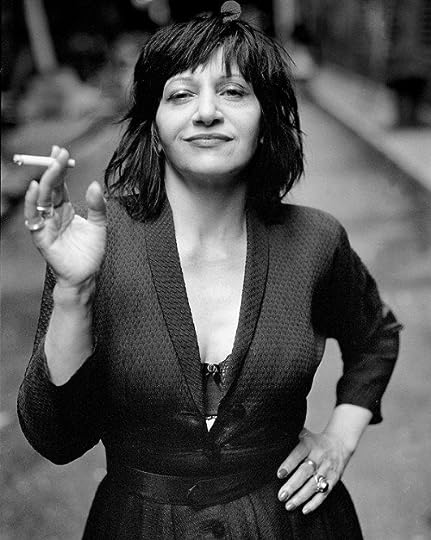 This book will be too much for most of you. You’ll have all kinds of reasons not to like it. The book is uncomfortable, exaggerated, self-indulgent, criminal, and oh my goodness, a woman being very unlady like.

”We, especially as women, need to insist upon our Pleasure.

You may not understand her, but don’t try to marginalize her. You’ll get BURNED! Writer, photographer, actress, food provider, and musician who is still trying to make sense of a fucked up world.

Posted by JEFFREYKEETEN at 12:12 PM No comments: