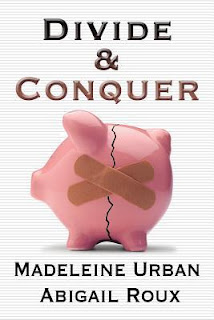 Baltimore, Maryland, is a city in alarming distress. Rising violence is fanning the flames of public outrage, and all law enforcement agencies, including the FBI, are catching blame. Thus the FBI’s latest ideas to improve public relations: a municipal softball league and workshops for community leaders. But the new commitments just mean more time Special Agents Ty Grady and Zane Garrett have to spend apart when they’re happily exploring how to be more than by-the-book partners.

Then the latest spate of crime explodes in their faces—literally—throwing the city, the Bureau, and Ty and Zane’s volatile partnership both in and out of the office into chaos. They’re hip-deep in trouble, trying to track down bombers and bank robbers in the dark with very few clues, and the only way to reach the light at the end of the tunnel together requires Ty and Zane to close their eyes and trust each other to the fiery end.

I’m addicted to this series and officially a fan of Ty and Zane, even if they both need to get slapped upside the head.

The city of Baltimore is out of control. Riots, robberies and explosions are occurring with increasing regularity. Law enforcement is doing the best it can, but their credibility has taken a hit. It’s up to FBI agents Ty Grady and Zane Garrett to help gain the public’s trust again.

With their increasing workload, it’s hard for them to find quality time together. Though their sex is electrifying and their intimate moments tender, their communication skills leave a lot to be desired.

“You’re not dessert, Zane. You’re the main course, Ty informed him in a husky drawl. And you have about five seconds to take your pick of flat surface before I do it for you.”

Though Ty has verbally expressed his love, Zane has difficulty saying those three little words.

“Suddenly there were all sorts of words crowding on Zane's tongue, and he couldn't get a single one out, much less three that would prove he knew the best thing to happen to him in his entire life lay right there in his arms.”

I’m glad that more of the focus of this story is on Ty’s and Zane’s relationship, as the bad guys and their motivations didn’t ring true for me. Still, I’m craving a good mystery where the police are not portrayed as incompetent buffoons. Perhaps I should not expect that from this series.

There were lots of entertaining moments with their co-workers, including the funny and punny text messages. There were also tense, gripping moments as a serious injury renders Zane helpless and dependent on Ty.

I loved getting to know Ty’s Marine friends and hope they make another appearance.

The ending slayed me.
Posted by Nancy at 1:52 PM No comments: