Age of Empyre by Michael J. Sullivan
My rating: 5 of 5 stars

The Fhrey have their own dragons and intend to set them against Nyphron and his forces. Imaly's plot is in place and Malcolm's plan seems to be unraveling. It's a race against time to see if Rhunes will survive.

Age of Empyre was a really strong conclusion to The Legends of the First Empire. Michael J. Sullivan does a masterful job at displaying the history of his world in a thought provoking and at times heartbreaking way. I wasn't expecting happy ever after, but I'm devastated at the outcomes I didn't see coming.

The character development was really excellent throughout this series. This book just makes it so much more meaningful. Suri, Brin, and Malcolm were the three characters who I found most compelling. Seeing Suri become everything that Arion wanted was magnificent. I was so happy to see her that way. Brin was so much stronger than I ever imagined. I absolutely loved what the author did with Malcolm. He answered so many questions, clarified so many things from Riyria Revelations, and yet left readers with a much larger question that I certainly didn't see coming.

I truly enjoyed Age of Empyre and The Legends of the First Empire series. I'm also really glad to know that the author is not done telling stories in this world yet. 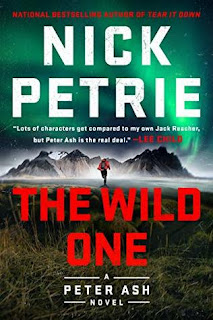 Petrie is the real deal, and Peter Ash, is a good hero to find.
Posted by Jeffrey Wendler at 9:12 AM 1 comment: 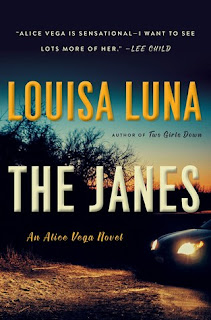 Because Luna's Vega knows what she is doing, and that is saving the world one little bit at at time, and we are all lucky to be able to see her doing it. So much so, that I am going to track down Luna's first book and read it too. I suggest you do the same.
Posted by Jeffrey Wendler at 8:59 AM No comments:

A Little Hatred by Joe Abercrombie
My rating: 4 of 5 stars

The Union is in the midst of an Industrial Revolution. Investors like Savine dan Glokta have become remarkably wealthy thanks to these inventions, but commoners find their lives changed for the worse because of machines doing the jobs of many. Multiple wars with Styria has left the Union deeply in debt, so much so that the Union can't afford to pay to send an army to Angland to help the embattled Leo dan Brock's war with Stour Nightfall and his forces. The disappointing Crown Prince Orso is trying to sober up enough to help. Rikke, the daughter of the Dogman, is trying to help the Union and the protectorate with the magical foresight of her developing Long Eye, but even with her assistance men will continue to fight and die.

A Little Hatred is undoubtedly what I've come to expect from Joe Abercrombie. Brutal and dismal with hopelessness sprinkled on it for good measure. Even when good things happen, Abercrombie is quick to remind the reader of additional horrors. Abercrombie does not do happy endings.

A surprising element to this book was the Industrial Revolution the Union is undergoing. Despite the world being fictional, the struggle experienced by the commoners especially felt quite historical. The problems they experience in the book could easily have been what people experienced as new technology emerged and altered industries forever. Greater efficiency often means that someone is out of a job and the commoners of the Union are living in a hellish time.

Abercrombie did a good job mixing the old characters with the new. The world he created made it somewhat simple as nearly all the point of view characters are the children of characters from The First Law world. Jezal, Glokta, Dogman, and Calder's children are all among the main characters. A multitude of familiar characters appear from earlier books and many other notable names are mentioned.

The point of view characters are distinct and their stories are solid. I can't say I particularly care about any of them though. My two favorites may in fact be two of the characters who get the least attention, Vick and Gunnar Broad. Vick was sent to the work camps in Angland because of a crime her father committed, but she's back in Adua now. Gunnar Broad is a war veteran who just returned home. Broad means to do well, but he's an extremely powerful man with an awful temper. The two of them were dealt awful hands and they're playing things out as best they can.

A Little Hatred has all the elements of The First Law trilogy with some new characters and stories to tell.