THE LONG HOME BY WILLIAM GAY

The Long Home by William Gay
My rating: 5 of 5 stars

”He held in his hands a human skull. It was impacted with moss and mud, a salamander curled in an eyesocket, periwinkles clinging like leeches to the worn bone. Bright shards of moss clung to the cranium like perverse green hair. He turned it in his hands. A chunk of the occipital bone had been blown away seemingly by some internal force, the brain itself exploding and breaking the confines of the skull. He turned it again so that it seemed to mock him, its jaws locked in a mirthless grin, the two gold teeth fey and winsome among the slime and lichens.” 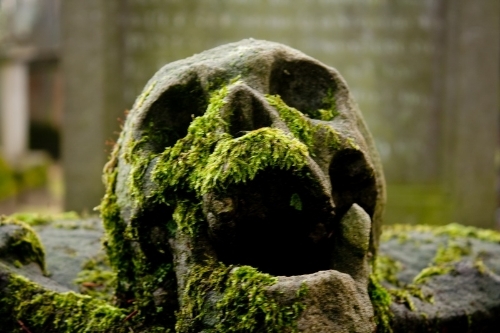 Who did this skull belong to? You’ll have to read the book to find out.

Everybody was so busy trying to feed their families and keep a roof over their heads they could spare little time over worrying what a man like Dallas Hardin might be up to. He took over Thomas Hovington’s farm while he was stoved up with some illness that bent his spine like it was a piece of black licorice. Hardin didn’t need a magical staff or the will of God to part the legs of Hovington’s wife, Pearl. She came readily to the task. Hardin also took over the moonshine business, as well.

People talked, sure, but who was going to do anything about it? Hardin was rough cut, like a knot infested piece of yellow pine. ”Hardin’s vulpine face was leaner and more cunning than ever, the cold yellow eyes more reptilian. Or sharklike, perhaps, lifeless and blank save a perpetual look of avarice. And he went through life the way a shark feeds, taking into its belly anything that attracts its attention, sucking it into the hot maw of darkness and drawing nourishment from that which contained it, expelling what did not.”

He was a predator who took what he wanted just to see what someone else would do to keep it. If he was having an issue with a neighbor, everyone was just happy he didn’t have an issue with them. They took wide turns when they walked around Dallas Hardin. Most people were pretty simple in this rural area of Tennessee in the 1940s. William Tell Oliver, who had observed Hardin’s business and personal practices from the shadows among the trees, described a typical person populating this region of Tennessee. ”She had no interest in anything that happened in a book, on the radio, in France or Washington, D.C. Nothing that was not readily applicable to her life. If you can’t eat it, fuck it, or bust it up for stovewood, she’s got no use for it.

Higher ideals, in other words, were not of interest, and it made these people easy to manipulate and even easier to buffalo. Oliver had reached a point in life where he might have spent time pondering the cosmos, but really he just wanted to be left alone to raise his goats and enjoy the peacefulness of a simple existence. When the lad Nathan Winer, to whom Oliver was partial, went to work for Dallas Hardin building a honky tonk that could be stocked with whores and booze, Oliver had a feeling in the marrow of his bones that, sooner or later, somebody was going to have to do something about Dallas. 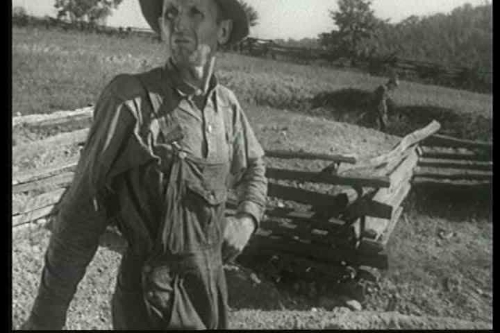 Thomas Hovington had a daughter named Amber Rose who was about Nathan’s age. Nathan had never seen anything as saucy and pretty as her, with her nice angles and soft curves. Dallas Hardin had been raising her like a fatted calf, with a mind that someday she would be his. Desire and perversion were twined in a hillbilly tango as Nathan and Dallas squared off. Boy against shark. Nathan had been slinging a hammer all summer, and his forearms were like pieces of molten iron. In a fair fight, Nathan would sling Dallas around like a dry corn stalk and smash him to pieces, but Dallas didn’t fight like that. He’d stack the deck and come at you from your blindside, with darkness slung around his shoulders.

Besides Dallas was focused on what he wanted.
Nathan was understandably distracted.

”The wind sucked through the cracks by the windows and told of a world gone vacant, no one left save these two. He thought of his hands on her throat, of his weight bearing down on her, forcing her legs apart with a knee, sliding himself into her. Dark and nameless specters bore their visions through his mind. He thought of her supine in a shallow grave, her green eyes and the sullen pout of her mouth impacted with earth, the cones of her breasts hard and white as ivory, ice crystals frozen in the red hair under her belly. The rains of winter seeping into her flesh, the seeds of springs sprouting in the cavities of her body.

A woman, even if she was a mere girl, would drive a man, especially one still shaking off the last vestiges of boyhood, crazy.

William Tell Oliver could see it all playing out like an old song that always ends the same way. Someone was going to have to do something, and he couldn’t deny that the someone, who was going to have to do something,… was him. ”He knew that the world was wide in its turnings and it was fraught with dark alleyways and pastoral footpaths down which peril lurked with a patience rivaling that of the very old.” 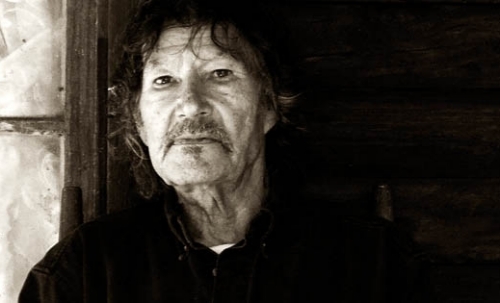 William Gay has some intense dark eyes, like holes in snow cleaved by icicles.

Simply amazing writing, so lyrical it will make your teeth ache, like you just took a drink of melted snow. I had so many notes of so many great passages that I had a difficult time deciding what had to be shared with my faithful, reading audience and what would have to be found by them when they read the book themselves. I’ve heard wonderful things about William Gay over the years and bought his first two books with his signature adorning the title pages. I’m so glad I did because he departed this world in 2012, taking the rest of those wonderful, electric phrases and exploding, earthy thoughts, which he would have shared with us,... to his grave. This book certainly qualifies as Hillbilly Noir with some soaring Mozart moments.

Posted by JEFFREYKEETEN at 2:59 PM No comments:

Remnant by Aaron Pogue
My rating: 3 of 5 stars

Dragons rule the world and desperate men will do anything to avoid their wrath... including sacrificing a young woman. At least one man still remains who remembers true justice and he won't allow an innocent to be sacrificed. Rinuld is his name and he is a dragon hunter.

Remnant is a typical fantasy story. A brave man saves a damsel in distress from a beast and those willing to sacrifice her to it. I haven't read the main series so perhaps some useful information was provided about his abilites. Rinuld is a man with two bows and some forgotten magics that have helped him kill dragons.

Remnant is a reasonably entertaining short story about a dragon hunter.

Posted by Terence Thomas at 12:00 AM No comments: