New Avengers: AIM Everything is New

Roberto da Costa aka Sunspot bought A.I.M. altering their moniker to Avengers Idea Mechanics. From Avengers Island the new A.I.M. sends out the New Avengers to help defend the world. 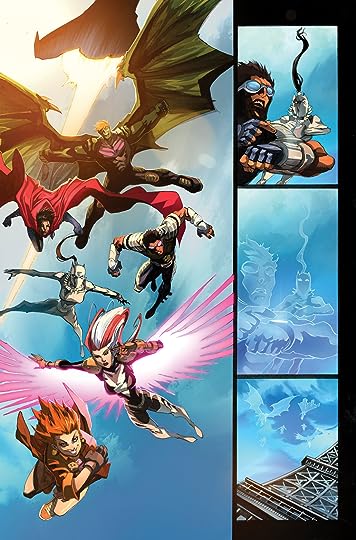 Everything is New was an OK introductory story. I missed Sunspot buying A.I.M. and that transition so perhaps I'll have to swing back around to read that, but otherwise it's an introduction to the New Avengers. New Avengers is a fitting name because they compiled quite the new team with a single experienced Avenger in Hawkeye. I've heard of all the members of the team except for Songbird. These are C level at best heroes who I imagine a casual reader doesn't know exist.

The storyline was pretty straightforward except for one surprise, a certain character who appeared to die during Secret Wars is still alive. I won't spoil it, but it's quite the surprise which I envision will lead to some pleasant story complications in the future.

Everything is New was just fine, but now I wonder if it can be more than that. Time will tell.