The team is the thing in Jake Bible's "Black Box Inc.", a nifty urban fantasy quest novel. Bible spins a convincing and fun tale, throws in some likable, but unusual characters and good dialogue Sporting some interesting world-building, a main character with a quasi-magical talent and a road trip with continuous action sequences, it is a book that fans of fantasy with modern weapons and action can sink their teeth into. My minor quibble is that Bible seems to assume that everyone has already met his characters. So it feels like there is not enough character introduction in the beginning, but once the story gets going, it is not as important.


Chase Lawter is the leader of Black Box Inc., a company that takes advantage of Lawter's talent to manipulate dimensional energy, that he calls the “dim” to create objects. Lawter speciality is the creation of boxes that he can seal and lock away. He is the only one who is able to open the boxes. Lawter’s partners are Harper Kyles, a weapons specialist, who grew up with the fae, and not in a good way, Sharon, a zombie businesswomen, who is in charge of billing and Lassa, a 7 foot yeti, an oversexed bi-sexual, who you would think would be a gunner, but who is really in charge of logistics and transportation.


After a night of drinking, Lawter wakes up naked covered with blood in his apartment, with no memory of what happened the night before. He is met by Travis, a shapeshifter, who just happened to come by and found him in this state. Meanwhile, the team soon discovers that Iris Penn, the bartender at the local watering hole, and who Lawter has romantic feelings, although unrequited, is missing. While on an amusing visit to the local constabulary, Bible introduces Teresa, Lawter’s banshee lawyer.


Teresa starts to file legal papers, but Harper cannot wait and uses blood magic to arrange a visit with Aspen, a fae assassin. The fae want Lawter to do a job for them and the fae, who are the heavies in Bible’s world do not like Lawter, who they call the “defiler of dimensions”.


So the team and Teresa go to the faerie dimension, where they meet Daphne, the evil fairy godmother, and that is typical of Bible’s fun sense of humor, who wants Lawter and his team to go on a road trip to steal the devil’s soul in Hell, or a world that looks like Hell, which is populated with citizens, who look like evil imps and demons, but who are not really that, year right. While the team has good intentions the road to Hell is fraught with violent predators, who want nothing better than to eat, maim or kill Lawter There will be an attack by harpies, a turncoat, an evil fae guard and a host of other troubles.


Even Hell is not what it seems. Will Lawter and his team trust the fae devil they know in Daphne or make a contract with Lord Beelzebub, who you know wants his contract signed in blood. It’s hard to know which bad guy to trust. But you have to know that the team will be able to turn the tables on somebody.


It is a fine time to join Lawter’s team on their next adventure. 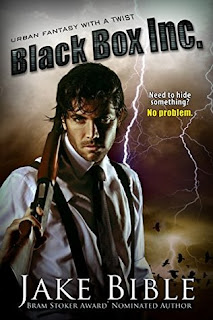 Posted by Jeffrey Wendler at 8:28 PM No comments: