THE SPARROWS ARE COMING FOR YOU!

The Dark Half by Stephen King
My rating: 4 of 5 stars

“But writers INVITE ghosts, maybe; along with actors and artists, they are the only totally accepted mediums of our society. They make worlds that never were, populate them with people who never existed, and then invite us to join them in their fantasies. And we do it, don't we? Yes. We PAY to do it.”

Thad Beaumont wanted to write from the time he discovered that a person could make a living as a writer. He pounded away at the typewriter so much that his parents were beginning to fear that something was wrong with him.

something is wrong with Thad, but to fully understand what is wrong will take decades to figure out. 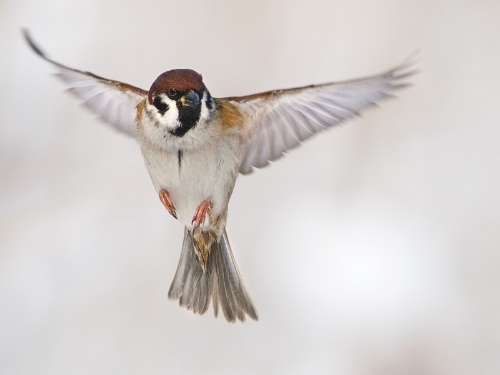 Birds, thousands of them, chittering and flapping their wings, a cacophony of noise. Sparrows in particular. The sounds of them are a precursor to setting off a lightning storm in Thad’s head that leaves him flopping on the ground like a fish trying to find its way back to water. His parents take him to a doctor, and scans show that something is in his head.

The surgeon takes that something out of Thad’s head. It is something so unusual that he decides not to tell Thad or his parents. He has saved Thad’s life, and for now that is enough.

Thad goes on to write a couple of critically acclaimed books which unfortunately do not do well financially. He teaches to make ends meet, but there is something nagging at him like he has left some unfinished business. He decides to create a pseudonym that will allow him to get these increasingly dark thoughts out of his head and put them on paper.

He becomes George Stark, or George Stark becomes him. The separation between them creates no daylight. 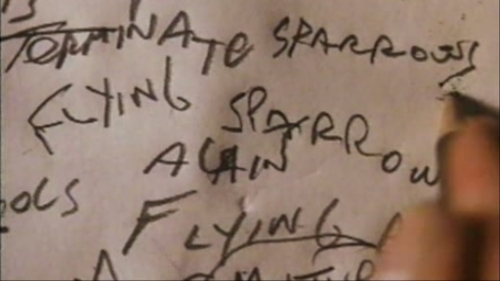 While writing as George Stark, he transforms into someone else, someone meaner, someone who likes seeing blood. ”Cut him. Cut him while I stand here and watch. I want to see the blood flow. Don't make me tell you twice.” Thad Beaumont writes with a typewriter, but George Stark don’t write with no faggoty typewriter; oh no, it is Black Beauty pencils or nothing. The words are etched into the paper like words carved over the doors of the ”stone hotels” in which Stark has spent so much time incarcerated.

Stephen King shares some interesting thoughts about sparrows. Sparrows are so common here in Kansas that they have about the same significance as a blade of grass or a tree leaf. ”Gatherings of sparrows are rather more ominous…. Sparrows are said to be outriders of the deceased. Which means their job is to guide lost souls back into the land of the living. They are, in other words, the harbingers of the living dead.”

When Thad decides to retire George Stark and go back to writing as Thad Beaumont, things start to get weird and not in a wow isn’t that kind of weird way, but more in a OMG someone is killing everyone Thad knows kind of way.

And Thad is the number one suspect.

It doesn’t take long for Thad to realize that he is involved, that he is the source of the problem.

George Stark doesn't like being dead. He wants just what everybody else wants. He wants to live. ”When you fuck with him you are fucking with the best.” As things become clear, crazy clear, Thad realizes that he can’t share these revelations with his wife Liz.

” I’m not going to tell Liz this time, he thought. Be damned if I will. And not just because I’m scared, either...although I am. It’s perfectly simple--not all secrets are bad secrets., Some are good secrets. Some are necessary secrets, and this one is both of those.” 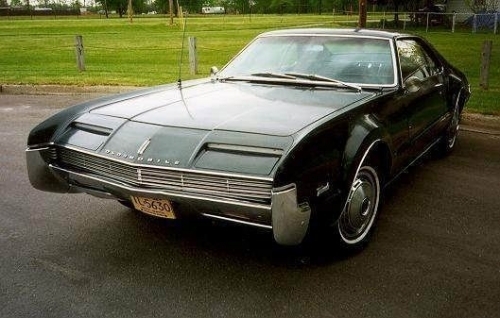 When Stephen King writes about writers, it is simply irresistible. I don’t know if there is another writer on the planet who understands all the nuances of being a writer, a famous writer, better than King. He conjures things out of his mind that scare the hell out of millions of people every time he releases a new book. His nightmares have nightmares. As King taps into the dark side of himself to find those horrors, I think he has met his George Stark. This evil doppelganger feeds him with the images that become words that become horrors made out of the worst of human impulses. I guess the question he has to ask himself is will these feathered soul catchers come for him someday.

The day after I finished reading this book I opened the garage to take out a bag of trash before heading to work, and hundreds of birds exploded over my head flying just a few feet over the top of my house. They were sparrows, providing me with one last bone deep chill that brushed skeletal fingers down my spine.

Posted by JEFFREYKEETEN at 9:13 AM No comments: