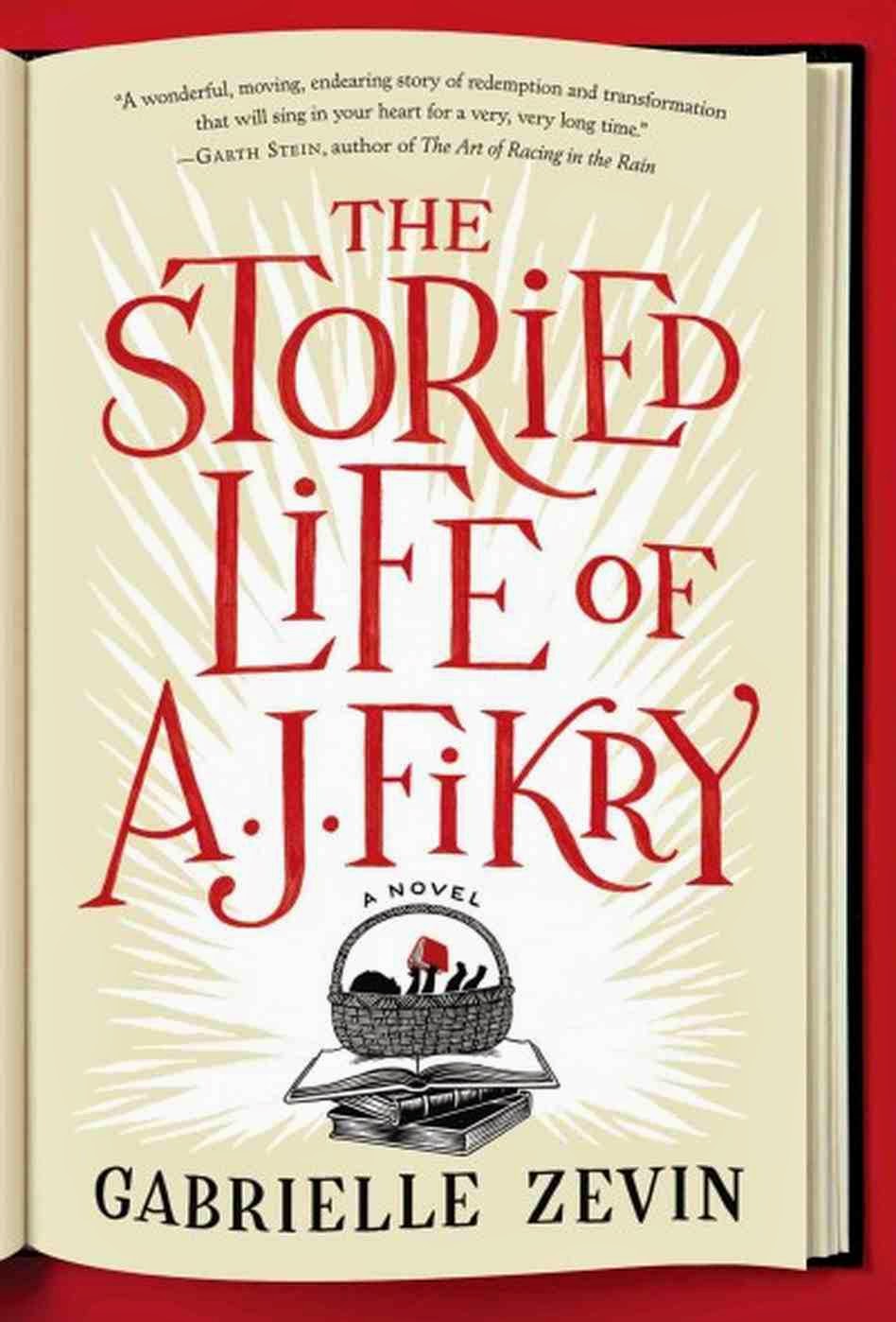 The Storied Life of A.J. Fikry by Gabrielle Zevin
2014
Reviewed by Diane K.M.
My rating: 4 out of 5 stars


This is not a perfect novel, but it is filled with bookish charm and easy grace.

I picked up "The Storied Life of A.J. Fikry" at just the right time. I wanted something light and entertaining, and (hopefully) with a happy ending. And that is what I got, with the bonus of lots of literary references, some small-town whimsy and even a little romance.

A. J. Fikry is a cranky bookstore owner in New England. His life is in a rut: He lost his wife, his store is struggling and then his rare copy of Edgar Allen Poe poems is stolen. His fortunes change when a precocious child is abandoned in his store, and Fikry surprises everyone in the town by deciding to adopt her.

While the plot is formulaic -- Grouchy Man Finds Love! -- what kicked it into the Charming category were its fun bookish comments. Fikry is a man who has lots of opinions about books. Check out this rant he delivers to a publisher's sales rep:

"I do not like postmodernism, postapocalyptic settings, postmortem narrators, or magic realism. I rarely respond to supposedly clever formal devices, multiple fonts, pictures where they shouldn't be -- basically, gimmicks of any kind. I find literary fiction about the Holocaust or any other major world tragedy to be distasteful -- nonfiction only, please. I do not like genre mash-ups a la the literary detective novel or the literary fantasy. Literary should be literary, and genre should be genre, and crossbreeding rarely results in anything satisfying. I do not like children's books, especially ones with orphans, and I prefer not to clutter my shelves with young adult. I do not like anything over four hundred pages or under one hundred fifty pages. I am repulsed by ghostwritten novels by reality television stars, celebrity pictures books, sports memoirs, movie tie-in editions, novelty items, and -- I imagined this goes without saying -- vampires. I rarely stock debuts, chick lit, poetry, or translations. I would prefer not to stock series, but the demands of my pocketbook require me to. For your part, you needn't tell me about the 'next big series' until it is ensconced on the New York Times Best Sellers list."

Hahaha! While I agree with some but not all of that speech, the point is that I enjoy characters who themselves are well-read and literary. Fikry lists different authors and stories throughout the book, and I'm excited to go look up those I have not yet read.

The book has some good bookish quotes and your usual colorful cast of small-town characters. This is a pleasant, entertaining novel and was perfect for summer.
Posted by DianeLibrarian at 6:00 AM No comments:

World of Trouble by Ben H. Winters
My rating: 4 of 5 stars

With six days until a six mile-wide asteroid crashes into the earth, can Henry Palace navigate America's dying carcass and track down his sister?

I won this in a Booklikes Giveaway. Apparently their giveaways are easier to win.

Yes. Yes, it did. World of Trouble picks up months after Countdown City left off, with a world on the brink of an asteroid impact. Hank Palace leaves the sanctuary of the cop commune behind to find his sister Nico. His quest sees him crossing paths with survivalists, the Amish, and the remnants of the group Nico joined, dedicated to staving off Armageddon on a planet-wide scale.

If there is a theme to the Last Policeman saga, it's "To Thine Own Self Be True." Despite every obstacle thrown in his path over the last three books, Henry Palace keeps on keepin' on, doing what he was born to do despite the futility of it all. In The Last Policeman, he tries to prove a suicide was actually murder, despite everyone else not giving a shit. In Countdown City, he tracks down a man who may or may not want to be found. In this book, the final one in the trilogy, he wants to see his sister one last time.

World of Trouble has even more of a desperate feeling than the other two books in the series, not surprising since the world has less than a week left. Just as in the previous two books, Palace proves that he's like a dog with a prized bone, not willing to let go, once he's on the trail of something.

The ending wasn't all beer and bacon cheese burgers, either. I have to admit, Ben Winters could have taken the chicken shit way out, waved his wand, and given us all a different ending than what he presented. For my money, the ending he gave us was the only one that made sense in the context of the series.

World of Trouble was a satisfying end to a really good series. Four out of five stars.

The Switch by Elmore Leonard
My rating: 3 of 5 stars

When they hatch a plot to kidnap a millionaire's wife and hold her for ransom, Ordell Robbie and Louis Gara over look one detail: what if the millionaire doesn't want her back?

Ever wonder how the guys in Rum Punch (aka Jackie Brown) ended up where they were? This is the first caper starring Ordell and Louis and is a pretty slick piece of work, as befits a book by Elmore Leonard.

As always with old Dutch, the dialogue is slicker than a water slide covered with Vaseline. Ordell and Louis, the criminals in the piece, are far more likable than their apparent mark, Mickey Dawson's asshole husband Frank.

Once Mickey is kidnapped, the book really takes off. Ordell does some scheming with Melanie behind the backs of Louis and Frank and Mickey steps up.

Still, I had a hard time rating this book. It was enjoyable but honestly, there isn't a lot to it. It has the standard Leonard hallmarks and was fun but it seemed really short and wasn't one of his heavy hitters. There wasn't a lot to distinguish it from the rest of the Leonard library.

The Switch had it's moments but wasn't all that memorable. In fact, I'm already forgetting some of the characters' names. Three out of five stars.