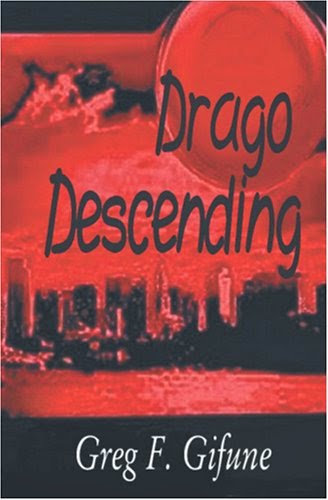 Greg F. Gifune
The Fiction Works
Reviewed by Nancy
5 out of 5 stars


Private Investigator David Drago is a former policeman and Gulf War veteran struggling with his combat experiences, his time spent in the psychological ward of a veteran's hospital, and the darkness of his past. When he is approached by a mysterious client who hires him to locate his missing fiance, Jesse Greenlaw, Drago hesitantly takes the case. The problem, Jesse is also David's former girlfriend, and an integral part of the murky past still haunting him. Drago's investigation leads him into a labyrinth of violence, sexual intrigue, black witchcraft, and Satanism. The deeper he digs, the deeper he descends into a dark netherworld haunted by terrifying visions of angels and demons alike.


David Drago is a private investigator and a Gulf War veteran. Business is rather slow, so he is forced by financial circumstances to live in his office. He receives a phone call from Mr. Abdiel, who claims to be engaged to David’s former girlfriend, Jesse Greenlaw. Jesse has been missing nearly a month, and David hasn’t seen her in more than five years. He wanted a more traditional lifestyle, while Jesse was involved with porn films. David would rather put his past behind him, but Abdiel insists that David is the best person to solve this case and offers to double his fee.

I really enjoyed this fast-paced, gripping story with a cast of engaging and complex characters, and look forward to more of Gifune’s work.
Posted by Nancy at 6:00 AM No comments: