Superman: Secret Identity by Kurt Busiek
My rating: 4 of 5 stars

David and Laura Kent are a couple from Kansas with a poor sense of humor. The proof of that poor sense of humor is the fact that they named their son Clark. He's Clark Kent from a small Kansas town and the Superman jokes never end. One night he stopped caring as the impossible happened, he flew. Not in a plane or a hang glider instead he flew into the air in a sleeping bag. 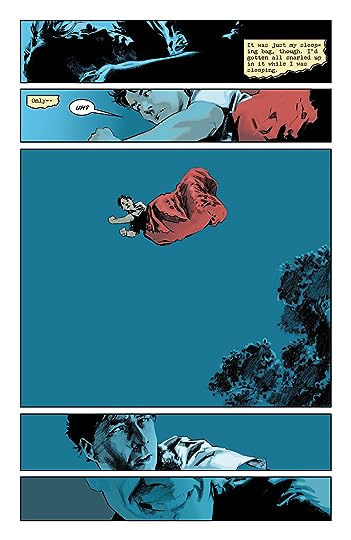 It turns out this Clark Kent is a Superman and he has all of Superman's powers as well. Welcome to the life of a Kansas boy with a comic book heroes name and powers.

The basic premise of Secret Identity is along the same lines as the recent vampire movies. Everyone knows vampire's aren't real in these movies until the fangs pop out and the human characters start freaking out. This Clark Kent has been gifted with Superman presents his entire life and he understandably hates it until he turns into Superman one night in his teens. He starts off just flying and then decides to help people. 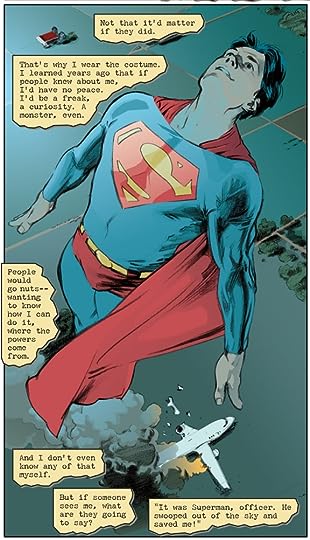 He encounters problems because people want to profit from his power, but he handles that well overall. For the exception of supervillains Clark gets the full Superman experience, he even gets his own Lois. 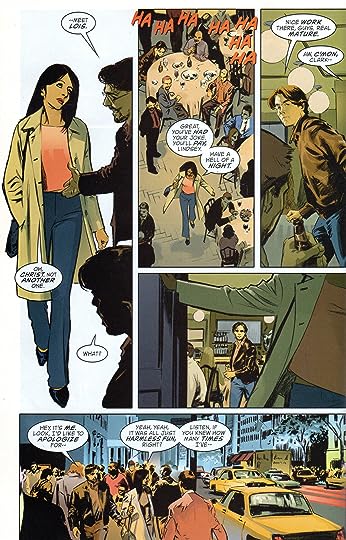 I'd have to say this isn't truly a Superman story. This isn't Clark from Smallville who battles Lex Luthor and has superhero friends. He's the real life equivalent of a nice quiet kid who happened to get Superman's powers. It was refreshing in the sense that this Clark has real fears and concerns. He doesn't have a special ship with a recording of his alien father telling him who he truly is. He's just got his parents with their bad sense of humor. If not for his name and the other Superman specific tie-ins this could easily be a story of an average teen becoming something super.

Secret Identity was a well written down to earth tale of super powers appearing out of nowhere. This story wouldn't make me like Superman, but I certainly enjoyed the poor Clark Kent who was named after a comic book superhero.