Life of a Comic 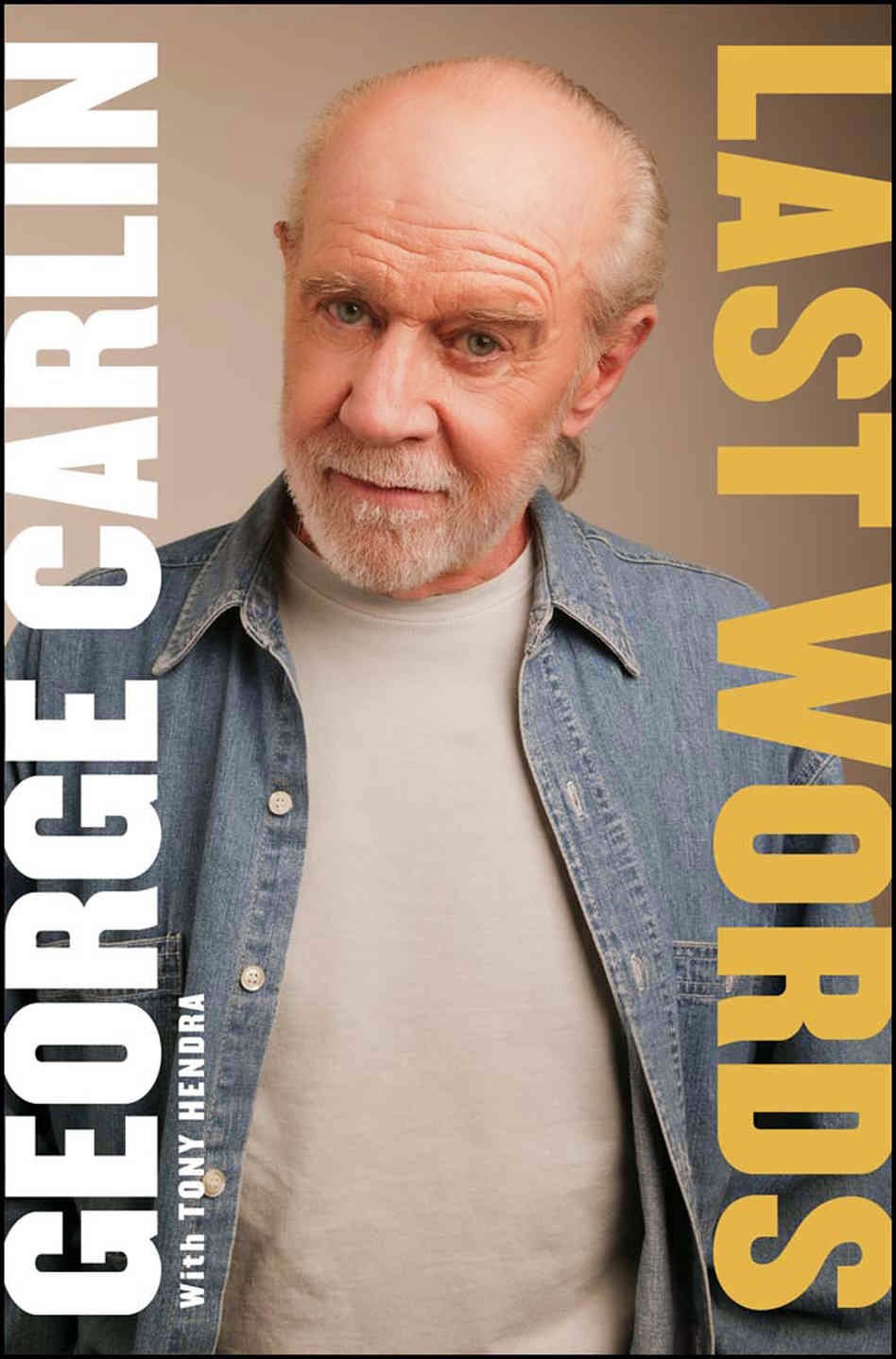 
I grew up listening to George Carlin. His HBO comedy specials, which frequently aired in the 1980s and 90s, shaped my ideas and opinions. Carlin was brilliant when he discussed language and euphemisms, and his famous bit about the Seven Dirty Words You Can't Say on Television was memorized and giggled over with friends. Carlin talked about the stupidity of Politics and War.* He talked about our obsession with Stuff. And he said Religion was Bullshit, which was the first time my young mind had heard an adult say that. What a revelation!

I mention this to stress how much George Carlin meant to me. His stand-up comedy was never just jokes -- they were ideas. He was a powerful social critic who had a big influence on not just me, but several generations of young adults.

"I was beginning to realize something ... Getting laughs all the time wasn't my only responsibility. My responsibility was to engage the audience's mind for ninety minutes. Get laughs, of course, dazzle them from time to time with form, craft, verbal fireworks, but above all engage their minds ... Laughter is not the only proof of success."

Carlin had been working on his autobiography for a number of years before he died of heart failure in 2008. This book, "Last Words," was published after his death. I listened to it on audio, read by his brother Patrick, and it was surprisingly moving. Patrick has a similar edge and vocal inflections, and frequently I forgot that it wasn't George who was speaking. It was as if George were alive again and sharing his story.

"Last Words" covers George's Catholic upbringing in New York City, his tense relationship with his mother, his adoration of his big brother, how he got his start in comedy, his drug use, and his evolution as an artist. I particularly liked learning about his change from being a suit-and-tie wearing, clean-cut guy in the 1960s to a long-haired performer who wore jeans, swore a lot and who criticized the government and religion in the 1970s. It's a great read, both thoughtful and funny. I think any Carlin fan would love it.

*This book includes the text of a number of Carlin's bits, and I was happy he discussed one of my favorite pieces on war from the early '90s. I liked it because his point of view was so diametrically opposed to all of the hyper-patriotic speeches we typically saw on TV in the United States: "America loved war, I said. In our history we've had a major war every ten years. We suck at everything else but we could bomb the shit out of any country full of brown people. Only brown people. The last white people we bombed were the Germans. Because they were trying to dominate the world, and that's our job!"
Posted by DianeLibrarian at 6:00 AM No comments:

Saturday's Child by Ray Banks
My rating: 4 of 5 stars

When a mobster hires unlicensed PI Cal Innes to find a dealer (casino, not drug) that took off with his money, Innes quickly finds himself in over his head. Further complicating things are Mo Tiernan, the mobster's psychotic son, who thinks he should have been given the assignment. And why is the elder Tiernan really so keen on getting his hands on the dealer?

This book fell into my lap for two reasons: 1) None other than Johnny Shaw vouched for it and 2) It was free on the Kindle. Fortunately, it was one of those freebies that I would have gladly spent money on.

Saturday's Child is like a movie Jason Statham would have been in before he starting exclusively making shitty action movies. The lead, Callum Innes, is a damaged goods drunk detective in the mold of George Pelecanos' Nick Stefanos or Lawrence Block's Matthew Scudder.

The case looks simple a the outset but quickly proves to be much more complex. Turns out Rob Stokes took a lot more from Morris Tiernan. Further complicating things is the younger Tiernan, Mo, a drugged out psychopath. It's all Cal can do to keep from getting killed in a whirlwind of booze and violence.

The setting, Manchester and Newcastle, set it apart from a lot of other crime books, though I could see all the British slang and dialect turning off some readers. Like the aforementioned Nick Stefanos, the case is almost secondary with the problems and history of Cal Innes taking center stage. Cal pretty much makes the dog's breakfast case and takes several beatings. The hard violence is tempered with Cal's black brand of humor, making for quite an enjoyable read.

That's about all I have to say. If you're into English gangsters, this is the book for you. And it's free. Four out of five stars.

Ceremony by Robert B. Parker
My rating: 3 of 5 stars

When a troubled teenager named April Kyle is seen hooking in Boston, her parents want her brought back. While Spenser won't work for the father at any price, he takes the case for the princely sum of one dollar from April's mother. Spenser, Hawk, and Susan soon find themselves caught in a web of underage prostitution and pornography. But what do you do when a runaway prostitute doesn't want to come back home?

After reading the most recent Ace Atkins Spenser book, I decided it was time to fill in more of the gaps of the series.

Ceremony is the darkest Spenser I've yet read but things can't be rosey when a teen prostitute is the focus of Spenser's case. As per usual, Spenser, sometimes with Hawk in tow, walks around, pissing people off and stirring up shit, until the pot bubbles over.

One thing that I thought was really cool about this book was that Spenser toned down the wisecracks for this outing. One thing that sometimes bugs me about crime books is the smart ass that doesn't know when to shut up and Spenser blessedly knew when not to make jokes.

There were a few things I didn't like about this book, however. As with a lot of Spenser books, there was a lot of talk of Spenser's code and how Hawk fits into things. Also, there was way too much Susan Silverman for my liking. The thing I really thought was strange was Spenser's logic that if April wanted to be a whore, he should put her to work for a madam he knew. I thought that came out of left field.

It may be tantamount to blasphemy but I might actually prefer Ace Atkin's version of Spenser to the original. 3.5 out of 5 stars.