Can't Get Enough of That Doomsday Song 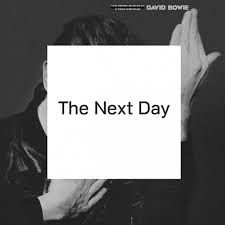 For decades, David Bowie has been a musical phoenix—consuming himself in the flames of one brilliant persona before eventually rising from the ashes anew.  While time would often lapse between these musical reinventions, his 2004 heart attack worried longtime fans as year after year passed with no new music from Bowie.  The fanfare surrounding the London Olympics rekindled hope that perhaps we would see Bowie return to the world stage during the closing ceremonies.  Such hopes were dashed when his profound influence on music and style was honored with a tribute in the form of a musical montage and fashion retrospective.  The man himself did not appear.  We became reconciled to the possibility that 2003’s Reality might be the final album and, while superb, it just seemed as though the end had come too soon.  Twas a bleak time for hardcore Bowie-philes.


So the release of the single Where Are We Now on January 8 of this year (Bowie’s birthday) and the subsequent announcement of an album with 14 all new tracks (and 3 bonus tracks on the deluxe edition) to be released in March was met with much rejoicing and, on my part, some trepidation.  A fan of every Bowie incarnation (with the exception of the 80’s Bowie-lite), it was difficult for me to imagine a world in which my idol could create an album I wouldn’t like.  However, with no original music for a decade, it was difficult to predict which direction Bowie’s new sound would take.  My greatest fear was that he would succumb to the same temptations as many other aging rock stars seeking to recapture past glories.  Would he try to imitate or perfect upon popular contemporary music in an attempt to gain a newer, younger audience?  Or would he unsuccessfully try to return to the musical stylings of his past?  Would he, dear God in heaven no, mellow out and release an album of traditional crooner standards, proving he just didn’t have what it takes to rock and was instead content to totter on into old age, lounge lizard style?  (That’s right--I’m looking at you, Rod Stewart.)


Despite my worries, I’m still a devout Bowie fan so I pre-ordered The Next Day as soon as its release was announced and waited.  And waited.  And waited.  Finally, blessed March arrived and a ridiculously oversized package for such a tiny thing as a CD appeared at my door.  With trembling hands, I sliced through the tape, pulled out those annoying-as-hell little air bags that seem to go on forever, feeling like the dad in a Christmas Story as he desperately searches through the packing crate to claim his prize.  I removed the final bit of packing and there it was in all its black and white simplicity.  The first sign that all was well was the cover of the new album:  a white square simply declaring it is The Next Day, defacing the stylized pose from the iconic Heroes cover.  This seems to be Bowie suggesting that, while there are subtle nods to the past on the album, this is Bowie now with no apologies and no need to chase after what has been.


To say The Next Day is Bowie’s best album would be inaccurate, but it is an excellent album whose sound owes more to 2002’s Heathen and the previously mentioned Reality.  Each song has a unique sound as Bowie puts his own spin on pop, rock, and soul.  The opening track, The Next Day, with a driving tempo and guitar, proves Bowie hasn’t lost his edge nor his ability to infuse a rock song with theatrical attitude.  There are several standout tracks here—my favorite is Dirty Boys, a song featuring a sneering, leering groove, suggestive saxophones, and Bowie’s almost sinister vocals slithering around every syllable.  The Stars Are Out Tonight, If You Can See Me, and Set the World on Fire also deserve honorable mentions, as does the instrumental Plan.  The songs alternate between upbeat, positive pop tempos with sometimes surprisingly dark themes, and rough edged rockers with clever lyrics and word play.   The album makes strong use of Bowie’s ability to create pleasing sounds out of sometimes jarring melodies and discordant vocal harmonies (especially on If You Can See Me).  Most of the songs explore the lower registers of Bowie’s voice (to me, this has always been the most appealing use of his vocal range), which have become more resonant with time.  However, he certainly hasn’t lost his ability to make one song stand apart from another by simply creating a new narrative “voice,” evoking a differing tone, character, or attitude on each.


As the album concluded with I’ll Take You There, my fears had been allayed and I knew that Bowie was safe from musical oblivion.  Forgive me, Bowie, for I have sinned and doubted you.  Never again.  Just please don’t make me wait another 10 years for an album as my penance.
Posted by Amanda at 10:01 PM