John Connolly’s Parker series is directly responsible for me becoming a constant reader.

In the fall of 2008, I had been looking for something new to read. I was searching for something outside of my steady diet of pro-wrestling biographies. I posed a question in an online forum and the first thing that came back was John Connolly’s Every Dead Thing. I thought the title sounded cool enough and a mass market paperback was available for under $10. Sold! I didn’t realize at the time that when I cracked the cover to Connolly’s debut novel, that it would lead me to a new passion that would eventually monopolize much of my free time.


In 1999, Connolly churned out his debut novel featuring a dark, brooding P.I. with a shady past. The first novel, Every Dead Thing, starts off sounding like your average P.I. plot - a former cop whose family had been murdered while he was out drinking himself into oblivion. Racked by guilt, Parker vows to spend the rest of his life helping those who cannot help themselves, trying to make up for what happened to his wife and child that fateful night all those years ago. On the surface, it sounds very run of the mill. However, as the series lengthened and the cast of characters expanded - Connolly injected a taste of the supernatural. 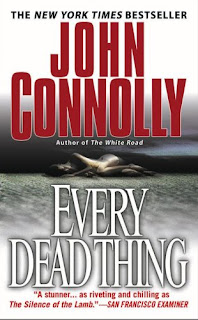 In saying that there are supernatural aspects, I’m not talking about paranormal romances and sparkling vampires. I’m talking about downright creepy shit. Parker’s first adversary, The Travelling Man, creates gruesome poses from the bodies of those he’s murdered. Oh, and he steals their faces. There’s a link that connects the killer to the death of Parker’s wife and daughter and in order to track the killer down, he consults with an elderly woman from Louisiana who claims she can speak with the dead.

After a confrontation with his family’s killer, Parker begins having visions and interactions with his since passed wife and child. It’s during this moment that Parker begins to realize that given his new found ability to communicate with the deceased, he must use this power to right certain wrongs and give meaning to their wrongful deaths. Think Spider-Man’s “with great power..” motto.

As the series ages, Connolly explores Parker’s ancestry. The third in a generation of cops, Charlie isn't the first person in his family to deal with spectral forces. His father had died under mysterious circumstances following an alleged murder (which Connolly spotlights in the eighth book, The Lovers) and his grandfather had to deal with a legendary and mysterious murderer who no one is sure even exists.

The Killing Kind and The White Road (the third and fourth book, respectively) are a fantastic one-two punch and are arguably the strongest of the Parker series. In The Killing Kind, Parker is tasked to solve the mystery surrounding the alleged suicide of a young woman. However, upon doing some digging, Parker comes to find she has family roots tied to a decades old slaughter of a religious group. Prior to her passing, the woman had stolen an item that could name a mysterious organization known only as The Fellowship as those responsible for the mass murder. 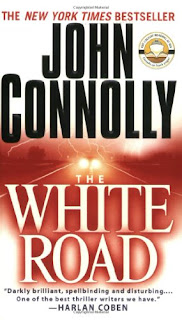 Introduced in The Killing Kind and carried over into The White Road, The Fellowship contains two of Connolly’s strongest antagonists in the disturbing arachnophile Mr. Pudd and its ruthless leader Reverend Faulkner. One of Parker’s most dangerous enemies, Pudd murders by unleashing poisonous recluse spiders on an unsuspecting victim. Although he does give Parker a lot more than he bargained for, Pudd’s actions would be less focused if not for the man pulling the strings, Rev. Faulkner. Believing he is part of a crusade to end Charlie, Faulkner tells Charlie that he has many enemies that will be pursuing him due to his connection with the afterlife. Connolly writes a few amazing scenes involving the two - look for a great one around the beginning of The White Road involving one spitting in the face of the other.

Tagging along throughout the series are two associates of Parker’s, career criminals Louis and Angel. Both bring a lot to the books, showcasing Connolly’s ability to write sharp, witty banter as all three continuously bust each others balls (look for a rant by Louis in The Unquiet that breaks down his perspective on hockey). They’re both more than just your standard supporting characters, often inspiring situations that drive the plot of an entire novel (i.e The Black Angel). In fact, they’re so beloved that Connolly even devotes an entire book to them later in the series. In The Reapers, Charlie does play an integral role but he’s often referred to as The Detective. It’s a welcomed change that strengthens Connolly’s sandbox and expands the history behind Parker’s business associates.

While Parker does get the win most of the time when it comes to solving cases and tracking down missing items, he never gets to truly feel happy. His personal life is an absolute mess - he can’t even take care of his dog, Walter. If he’s not being haunted by the ghosts of his wife and child, he’s filled with guilt from the collapse of his relationship with Rachel and the lack of time he spends with his new daughter Sam. Unfortunately, his career choice and his knack for nearly getting killed keeps him away from those he loves - afraid to jeopardize their lives. 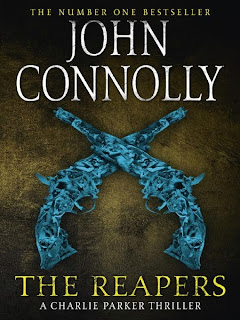 As of the publication of The Wrath of Angels, Connolly is 11 books into the series and shows no signs of slowing down. While he’s recently branched out into the YA genre with his Samuel Johnson series, he’s still been able to publish a Parker novel almost every year since 1999. It’s damn impressive considering the length of each novel and the amount of research and plotting it takes to support each case that Parker is tasked with solving.


If it wasn't for Connolly, I wouldn't read half of the material I consume each year. His Parker series was a gateway drug that caused me to seek out novel after novel after novel, making sure I always had something new and exciting to read. I can’t recommend this series enough and if you’re a fan of crime fiction, you should probably pick up Every Dead Thing as soon as possible.
Posted by Unknown at 9:00 AM