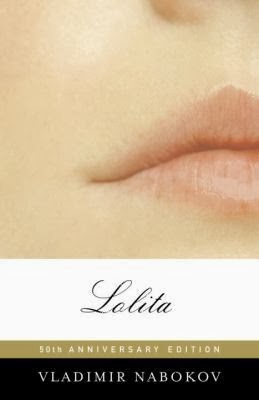 Nabokov's most famous and controversial novel, which tells the story of the aging Humbert Humbert's obsessive, devouring, and doomed passion for the nymphet Dolores Haze. Lolita is also the story of a hyper civilized European colliding with the cheerful barbarism of postwar America. Most of all, it is a meditation on love. Love as outrage and hallucination, madness and transformation.

I have recently been tackling Marcel Proust's In Search of Lost Time and decided that if I really wanted to read about love's obsession I may as well go to the pinnacle of this type of literature and read Lolita. I started this with a few preconceived notions but tried to keep an open mind.

How can one so loathe a character and a subject matter yet love the book? It's the writing of course. Nabokov takes a sinister and contentious subject and let's you into the mind of a man completely obsessed with what he calls nymphets but never does Nabokov make it a judgement. He let's his main character, Humbert, slowly reveal himself as what civilized people would call a monster. The person that you initially found yourself relating to becomes abhorrent to you instead.

Humbert is rife with self delusion during a good majority of what he does. He sees his love reciprocated and even suggests that she had seduced him. He is relentless with his desires and while it is rape he sees it as love. So it surprised me that he did show remorse for how he had perverted his little Lolita in the end. Still, he is a monster and a murderous one at that.

If you can get past your revulsion for the main topic of this novel you will discover some very powerful and wonderful writing.