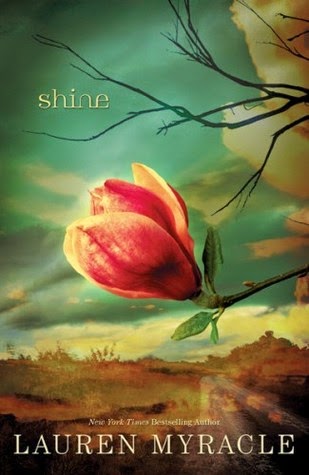 When her best guy friend falls victim to a vicious hate crime, sixteen-year-old Cat sets out to discover who in her small town did it. Richly atmospheric, this daring mystery mines the secrets of a tightly knit Southern community and examines the strength of will it takes to go against everyone you know in the name of justice.

Against a backdrop of poverty, clannishness, drugs, and intolerance, Myracle has crafted a harrowing coming-of-age tale couched in a deeply intelligent mystery. Smart, fearless, and compassionate, this is an unforgettable work from a beloved author.

I became curious about this book after it was mistakenly nominated as a finalist for the National Book Awards, instead of another similar-sounding title. It also appealed to me because it is about teenagers growing up in the rural south, the problems kids normally deal with, and the bigotry, poverty, drug addiction, and provincialism that affects everyone.

17-year-old openly gay Patrick lies comatose in a hospital bed after a brutal beating that occurred at the convenience store where he works. Though the evidence proves this is a hate crime, the town sheriff is quick to write it off and blame outsiders. Patrick’s friend, Cat, feels the truth is a lot closer to home and sets out to investigate despite admonitions to “leave it be”.

Living in a large city comes with its own set of problems, but after reading this story I’m really glad I didn’t grow up in the rural south. I hate the well-meaning, but too inquisitive people, and the fact that anything you do can become the subject of gossip, never to be forgotten. I hate the insular society that does not welcome change or embrace differences, the suspicious people who judge others, yet keep their own shameful secrets well hidden.

This is a gripping, realistic story with deeply flawed characters and a vivid setting. Cat’s own past has kept her from fully engaging with the people in her life, but Patrick’s savage attack breaks her out of her shell and forces her to peel back layers of the town’s façade to learn the truth about others and herself.

It is a grim story with many wounded souls, many problems, and few solutions. Patrick may be the most obvious victim, but he is far from the only one. And that just makes me sad.