The Walls of the Universe 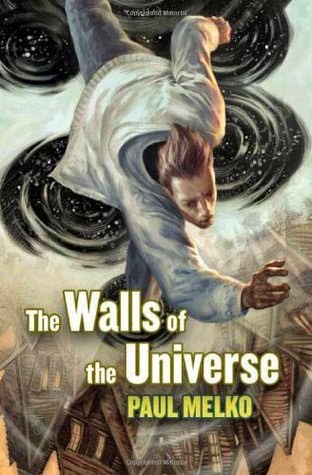 Paul Melko
Tor Books
Reviewed by: Nancy
4 out of 5 stars

John Rayburn thought all of his problems were the mundane ones of an Ohio farm boy in his last year in high school. Then his doppelgänger appeared, tempted him with a device that let him travel across worlds, and stole his life from him. John soon finds himself caroming through universes, unable to return home—the device is broken. John settles in a new universe to unravel its secrets and fix it.

Meanwhile, his doppelgänger tries to exploit the commercial technology he’s stolen from other Earths: the Rubik’s Cube! John’s attempts to lie low in his new universe backfire when he inadvertently introduces pinball. It becomes a huge success. Both actions draw the notice of other, more dangerous travelers, who are exploiting worlds for ominous purposes. Fast-paced and exciting, this is SF adventure at its best from a rising star.

I love well-written time-travel and alternate world stories, and Dan said it was fun, so I knew it would be the perfect vacation read.

I was not disappointed at all. This was a very entertaining story about parallel universes, stolen lives, first love, and bullies.

John Rayburn is in his senior year in high school, living a rather uneventful life on an Ohio farm with his parents. A young man (known as John Prime) who looks just like him appears with a device that allows him to travel to other worlds. John thinks he’s full of crap, until he discovers the stranger knows quite a lot about him. Tempted by a desire for adventure, a pocket full of spending money, and Prime’s promise that he would return in 12 hours, John Rayburn toggles the switch forward and embarks on his first adventure.

Meanwhile, John Prime is glad to be rid of the device and ready to settle into his new life. While he’s getting acclimated to classes, moving in on John Rayburn’s crush, Casey, and trying to make money on technology he’s stolen from another universe, John Rayburn finds the device is broken and he’s unable to come home. So he travels a bit, eventually settling into a world where he can blend in and attempt to fix the device. While he’s there, he makes friends, falls in love with an “alternate” Casey, and “invents” pinball.

The best part of the story for me was early on, when John Rayburn discovered various universes, some frightening, and others just…wrong. I enjoyed how both boys led very different lives, yet had to work together towards the end when they encountered travelers from other universes and had to deal with a bully neither could escape from. This part could have been a lot more interesting if the bad guys were not so one-dimensional.

Still, it was a lot of fun and I’m eager to find similar stories.
Posted by Nancy at 4:30 AM